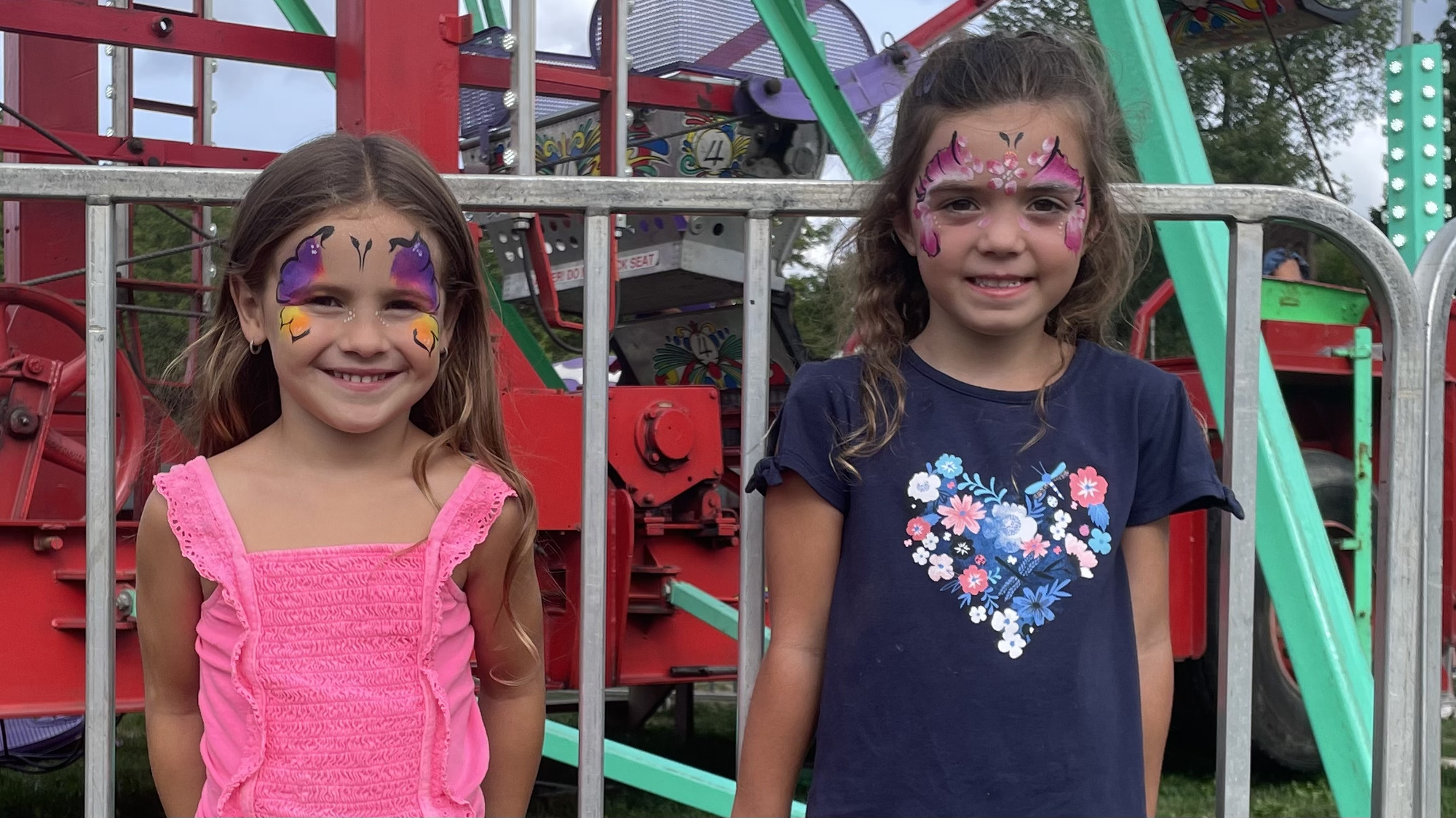 Georgetown hosted its fall fair this weekend for the first time in two years.

As part of the fairgrounds’ activities, carnival rides, games, crafts, and face painting were available for children from Sept. 9 to 11 at the Georgetown Fairgrounds.

Smiles spread across the painted faces of Kennedy and Olivia as they enjoyed the fair activities.

“My favourite ride was the big slide because it was the fastest,” Olivia said.

Admission prices were $15 for adults, $10 for kids, and free for children eight and under. Rides and games were paid for separately. Food trucks were available offering Beaver Tails, cotton candy, ice cream and lollipops for those with a sweet tooth, as well as serving fast food and refreshments.

Stephanie Smith, the secretary of the Georgetown Fall Fair, said in addition to food and drink choices, the fair entertained all ages.

“The question is, what didn’t we have to offer,” Smith said.

“We had the demolition derby, three fantastic bands, a huge children’s section that a lot of other fall fairs don’t have, and the Magical Midways carnival games which offered various prizes,” she said.

The demolition derby is a popular fair competition where drivers compete by deliberately ramming their vehicles into one another. Victory goes to the last driver whose vehicle is still operational.

Amanda Mcgraw, one of the Magical Midways employees was responsible for working on a carnival game that involved knocking out the teeth of a clown.

“It’s great to be able to be working outside providing entertainment for people at the fair while enjoying the nice weather,” Mcgraw said.

The Georgetown Agricultural Society offered the Agricultural Education Tent, which provides milking demonstrations along with a wide variety of farm animals to look at and learn about.

Throughout the fair’s 175 years, many aspects have remained the same. However, unlike years before, there was now an open ground permit for the beer tent. This allowed fair-goers to bring their alcoholic beverages almost anywhere at the fair.

Visitors to the fall fair were also able to shop at local vendors’ tents and see their products on display.

Jordan Pereira, with clothing company Halton Hills Gear, was one of the vendors at the Georgetown Fall Fair.

“Many people want to support small businesses and show their community spirit. So it is a great opportunity for vendors,” Pereira said.

On the fair’s first return since the onset of the pandemic, people came out in droves.

“The fair was pretty crowded, but still an overall great experience,” said Ava Casey, a student at Christ the King.

“Altogether, I will be looking forward to attending the fall fair next year,” Casey said.

The talent show concluded the fair Sunday afternoon with dancers from Strictly Dance.