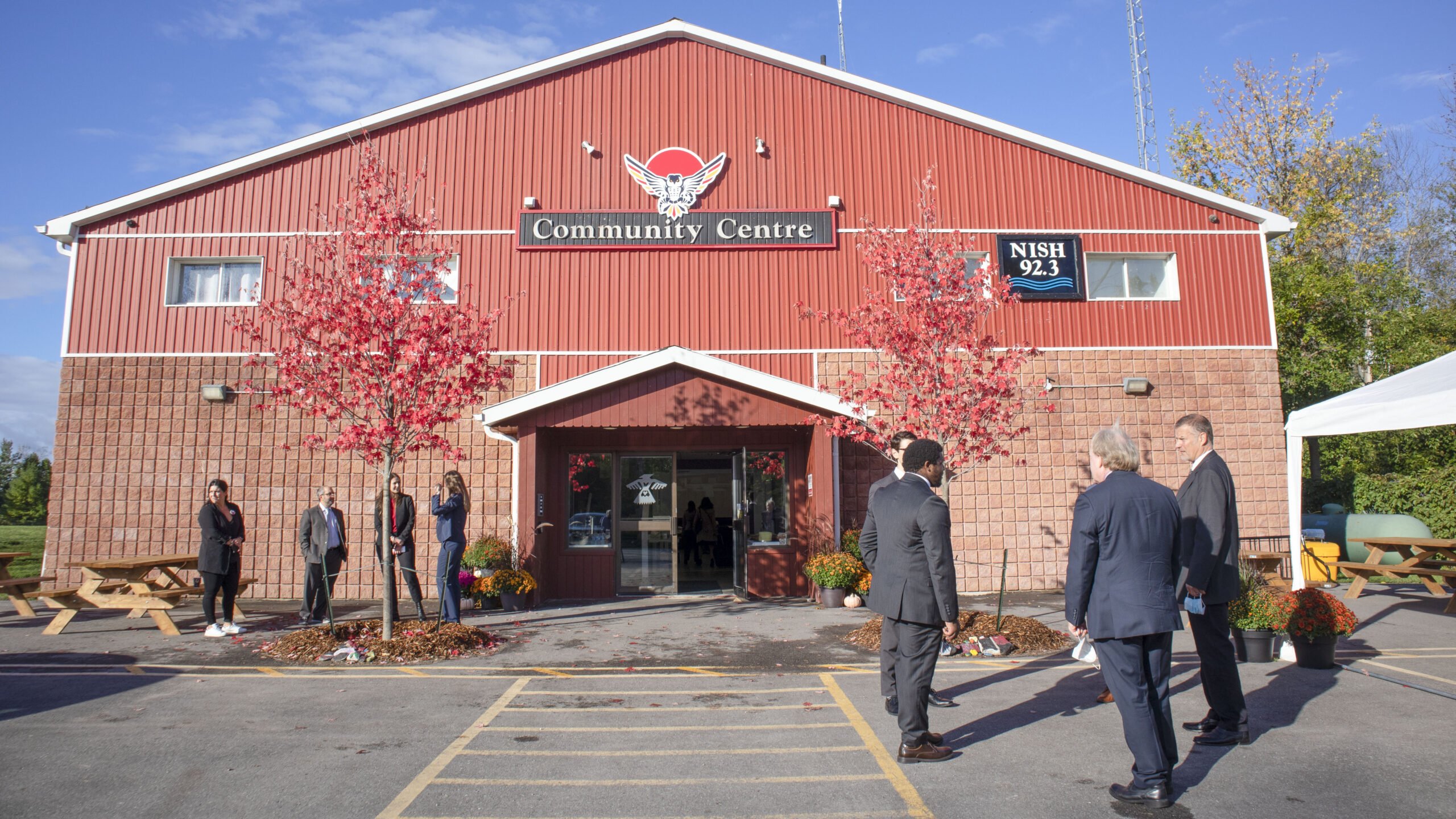 The Chippewas of Georgina Island’s community centre hosted the first day of the coroner’s inquest into the death of 17-year-old Devon Freeman on Sept. 26.

Pamela Freeman, Devon’s grandmother, was the first to speak to the jury. Her voice was soft and quiet and she paused between thoughts as she spoke.

“When I awoke, I woke back up in the nightmare,” she said through tears.

She called Devon “Boobear” as a baby and recalled the way he crawled around, his head hanging low like a bear.

She spoke about his love for cars and trucks — specifically Fords — along with motorcycles and heavy equipment.

Devon was only seven when his mother died. Ten years later, around the same time, he took his own life.

“Speak his name, we know he died, we did not forget,” she said.

Devon Freeman attempted suicide in May 2017 while in the care of Lynwood Charlton Centre, a foster home in Flamborough near Hamilton. The Children’s Aid Society gave him a number for a crisis hotline to use if needed and no other measures were taken. His grandmother Pamela wasn’t given any notice.

A statement of facts says Pamela was not notified right away and a full search was not done. Six months later, Devon’s body was found just 35-metres from the group home.

Pamela learned of his death via a death certificate.

Dr. Cindy Blackstock, executive director of the First Nations Child and Family Caring Society of Canada and professor at McGill University, spoke to the jury with Dr. Barbara Fallon, a professor at the University of Toronto and Canada Research Chair for Child Welfare.

The experts highlighted the over-representation of First Nations children within the foster care system.

“Racism, colonialism and poverty. These are the drivers of the child welfare system,” Blackstock said.

When Blackstock worked with families that were at risk of going into child welfare, she had to promise the child a better life, but “sad to say, I did not keep that promise.”

She offered solutions that exist in reports from the Truth and Reconciliation Commission of Canada and the Spirit Bear Plan, both of which give the Canadian government a list of areas to immediately take action on.

Blackstock raised the issue of First Nations not having the same “starting line” as non-Indigenous People because of generational trauma and, in some cases, the lack of basic necessities like clean drinking water and easy access to medical care.

She said that each individual Indigenous culture needs access to culture and language education and they need to be “built into policies Ontario-wide.” She said this gives Indigenous Peoples more control over their lives.

“The journey for young people today is to know who they are,” Blackstock said. “Devon’s connection was fundamental to his well-being.”

Blackstock and Fallon concluded the first day of the inquest by calling these issues a human rights problem.

The inquest is expected to take 16 days, hearing from 31 witnesses and continue at the Hamilton Convention Centre.