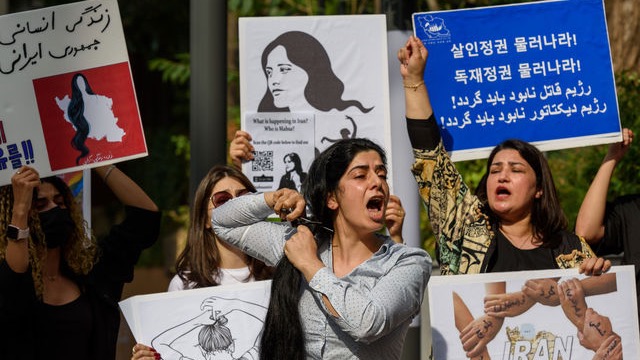 Mahsa Amini travelled to Tehran to visit family but her death at the hands of Iranian morality police sparked a possible revolution.

“She woke Iran up,” said Mooniter, an Iranian activist who agreed to speak with Et Cetera on the condition her full name wasn’t used, fearing for her safety. “She united Iranians to fight back against their oppressor.

“She started a movement,” she said. “And the best is yet to come.”

Amini, 22, was arrested on Sept. 13 for improperly wearing a hijab, beaten into a coma and later died on Sept. 16.

Her death angered the country. Streets in more than 40 cities have since been embroiled in protests, with dozens of people reportedly killed in clashes with security forces.

Videos on social media have shown protesters calling for the fall of the clergy, despite the growing death toll. Authorities are reported to have used tear gas, clubs and in some cases live ammunition to control protesters.

“Women have been forced to wear a hijab since 1980. The mandatory hijab law was put in place after the Islamists took over the country,” Mooniter said.

The law requires girls in Iran to wear a hijab from the age of seven, or they can be denied access to education.

“Our schools, buses and trains were segregated. Slowly they started organizing a police department called the Hijab Police/Morality police over a decade ago,” Mooniter said.

This specialized police unit would approach women on the streets and ask them to fix their hijabs. If women would resist, they’d arrest them. 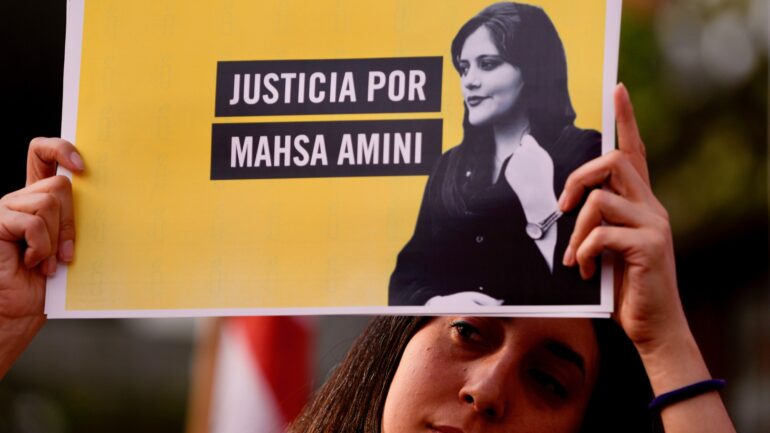 A woman holds a sign that reads in Spanish "Justice for Mahsa Amini" as she protests against the death of Amini, an Iranian woman who died while in police custody in Iran, in front of the Iranian embassy in Buenos Aires, Argentina, on Sept. 27. Amini was arrested by Iran's morality police for allegedly violating its strictly-enforced dress code. Photo credit: (AP Photo/Natacha Pisarenko)

“We want to choose what we wear. Hijab is not a choice for us, it’s forced on us by the government,” Mooniter said.

“If she loses her life only for hair, I don’t want this hair,” Mooniter said.

She said she wants Mahsa Amini to be remembered, and what happened to her should act as a wake-up call for the Iranians.

Youssef Farshad, an Iranian protester in Toronto, said he is ashamed of the police abusing his people.

“I am very heartbroken about this tragedy,” he said. “I have sisters who live in Iran. It could have been them.

Farshad said it was important for men to support women in changing mandatory hijab laws.

“It’s crucial that men speak about this as much as women do,” he said. “We need to give them a voice and stand with them, and change the law together.”

Fereshteh Azad, an Iranian international student, said she was sad but wasn’t shocked by the events that have unfolded in Iran.

“Every Iranian woman has experienced this in their lifetime. We are arrested and killed,” she said.

Azad expressed her gratitude for living in a place where she isn’t in danger of being killed for not wearing a hijab properly.

“I wish every woman in Iran had the same rights I have here in Canada,” she said. “I wish they were all free like I am.

“Looking back and thinking I can’t help them is what makes me more miserable,” Azad said.

Justice for Mahsa Amini protests has occurred in more than 40 cities, including the capital Tehran, with dozens reportedly killed in clashes with security forces.