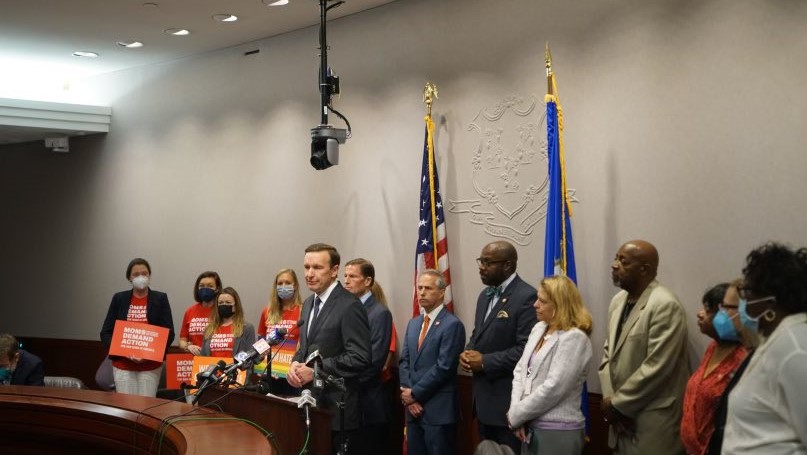 The deal follows the May 24 massacre of two teachers and 19 children in Robb Elementary School in Uvalde, Texas. By that point in time, the country had experienced 213 mass shootings.

“Our plan saves lives while also protecting the Constitutional rights of law-abiding Americans,” Cronyn and Murphy said in a joint statement on Sunday.

The proposal comes after massive protests around the country in the wake of shooting incidents in Buffalo and Uvalde.

The deal has the backing of the House Democrats, who welcomed these measures along with GOP leader Sen. Mitch McConnell of Kentucky.

Sen. Ted Cruz, R-Texas, another outspoken gun-rights advocate, said the legislation should focus on stopping criminals rather than undermining the gun rights of law-abiding citizens.

Despite some hesitancy, he showed support for this new framework.

While the legislation hasn’t been drafted, the bill, if introduced in Senate, will pass the 60-vote Senate threshold required to avoid filibustering as 10 Republican lawmakers there back it.

U.S. President Joe Biden praised this deal and urged lawmakers to get it to his desk quickly.

“There are no excuses for delay,” Biden said. “Let’s get it done.”

One of the most significant measures in the proposal includes helping states create and implement red flag laws aimed at keeping guns out of the hands of those considered a threat to themselves and others.

Currently, in the United States, only Washington D.C. and 19 other states have red flag laws on the books.

Another significant change in the legislation includes issuing a more thorough review process for people between the ages of 18 and 21 who buy a gun like an AR-15.

Under a background check review, the National Instant Criminal Background Check System would have to contact state and local law enforcement to search for any disqualifying mental health or juvenile records, according to Democrats.

Another breakthrough for Democrats was closing the so-called boyfriend loophole, which debates whether unmarried partners should possess guns if they were found guilty of violence against a dating partner.

Currently, the law states that a person who is married, lived with, or had a child with a partner and is convicted of abuse are blocked from having a gun.

This loophole will be blocked under these new measures backed by Senate Republicans, who previously stepped out after repeated objections from National Rifle Association (NRA).

The National Rifle Association declined to comment to Humber News about the proposals.

While Viral Das, a Jacksonville, Fla. resident, is happy with the announcement of the new deal , he’s not entirely satisfied.

The father of two elementary school children is concerned about school safety measures.

Das said there should be universal background checks on people buying firearms, which he thinks should have been included in the proposals, but were not.

He also highlighted the requirement for raising the minimum age bar for a person purchasing a gun and a total ban on assault weapons which was not included in this deal.

“I believe the minimum age for buying any type of firearms should be 25,” Das said.

Currently, the minimum age for buying firearms in the country is 18. Democrats wanted to raise it to 21 but were unsuccessful in their negotiations.

He said while he praises the element of closing the so-called boyfriend loophole, he hoped the framework would have added a clause of raising the age limit for the assault weapon and keeping the magazine limit for these weapons.

He said it would be interesting to see if Republican lawmakers support it when introduced in the upper house, considering the history of the bill’s rejection surrounding this issue over the years.