Pinoy Fiesta and Trade Show is back following two-year hiatus 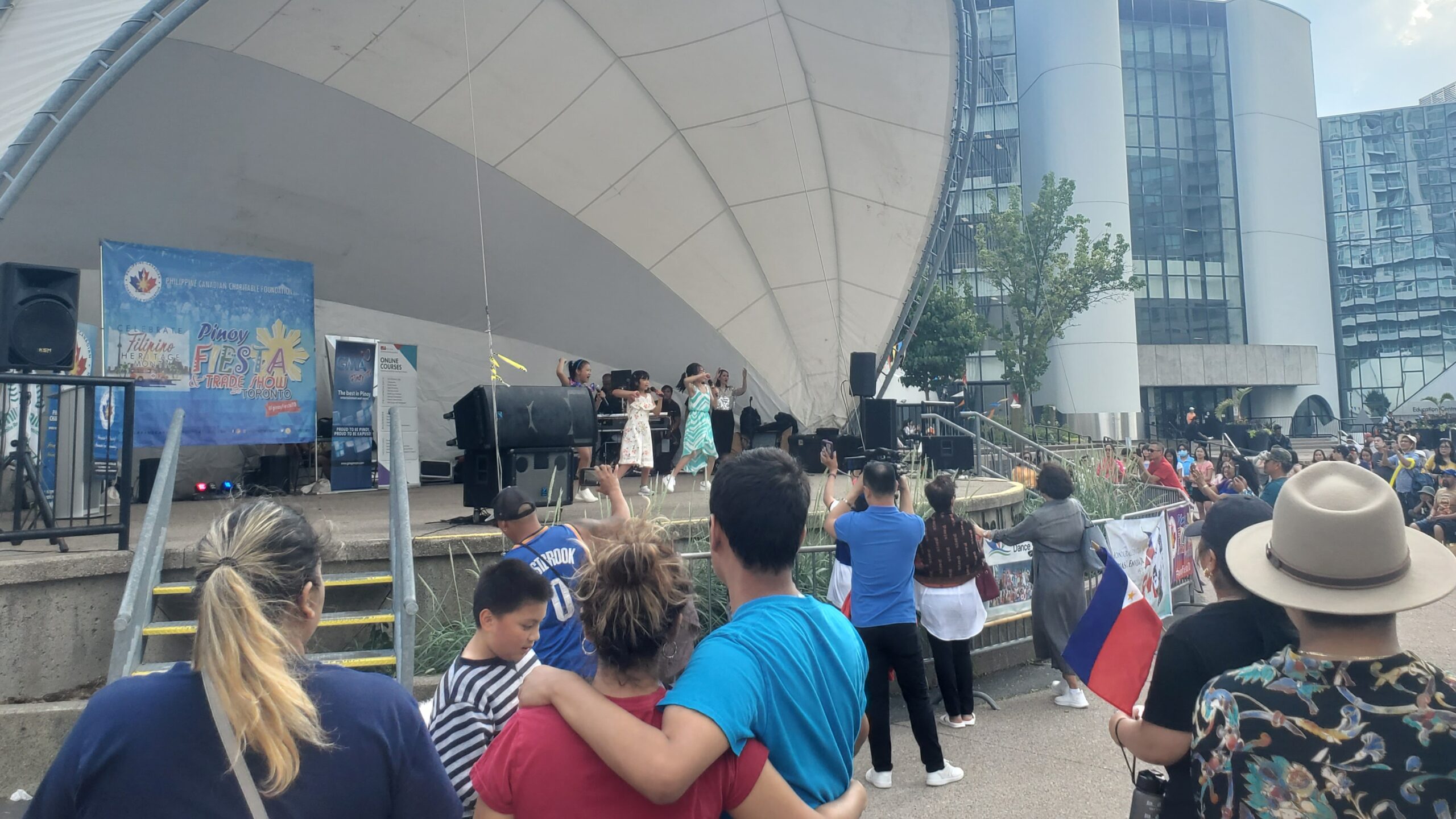 The Philippine Canadian Charitable Foundation (PCCF) was back with the Pinoy Fiesta and Trade Show after a hiatus due to the pandemic.

The Greater Toronto Area (GTA) is home to the largest Filipino community in Canada with more than 280,000 people of Filipino descent living in the GTA, according to the 2016 Census.

The festival took place at Albert Campbell Square, just outside of the Scarbourough Town Centre.

The PCCF held a virtual celebration last year to commemorate its 10th anniversary.

The event featured a flag-raising ceremony to commemorate Philippine Independence Day which is also on June 12.

There were live musical performances from local entertainers, cultural dances, highlighting the beauty and elegance of Philippine inspired designs.

There were singers and dancers from the Josie De Leon (JDL) Performing Arts School who performed on stage.

“We weren’t able to do this the last couple of years so it’s nice to get back out here and celebrate together,” said Richard Istrella, a visitor from Brampton waiting for his cousin to perform on stage.

“It was just nice to be back as a community again,” Istrella said.

There was a kids zone and a number of free giveaways and raffles, including a laptop.

A number of vendors and booths were available selling various Filipino goods and a variety of Filipino delicacies.

FV Foods, a long-time Filipino Toronto eatery, was selling popular Filipino dishes such as chicken or pork barbecue skewers, lumpia (pork spring rolls), and turon, which is a plantain wrapped in rice-paper and deep-fried with sugar.

“The turon is my favourite,” said Ian Ingson, a vendor who sells various Filipino cultural items and trinkets.

He is the son of former president and dictator Ferdinand Marcos Sr.

Marcos Jr. beat out runner-up and independent candidate Leni Robredo by more than 31 per cent of the vote.

“It’s unfortunate that most of the Filipino community back home doesn’t remember the kinds of horrors that were committed during the dictatorship,” Ingson said.

“The mass pilgrimage of Filipinos leaving the country in the 1970’s and ‘80s was because of Marcos, and to elect his son is to forgive his sins which many of us can never do,” he said.