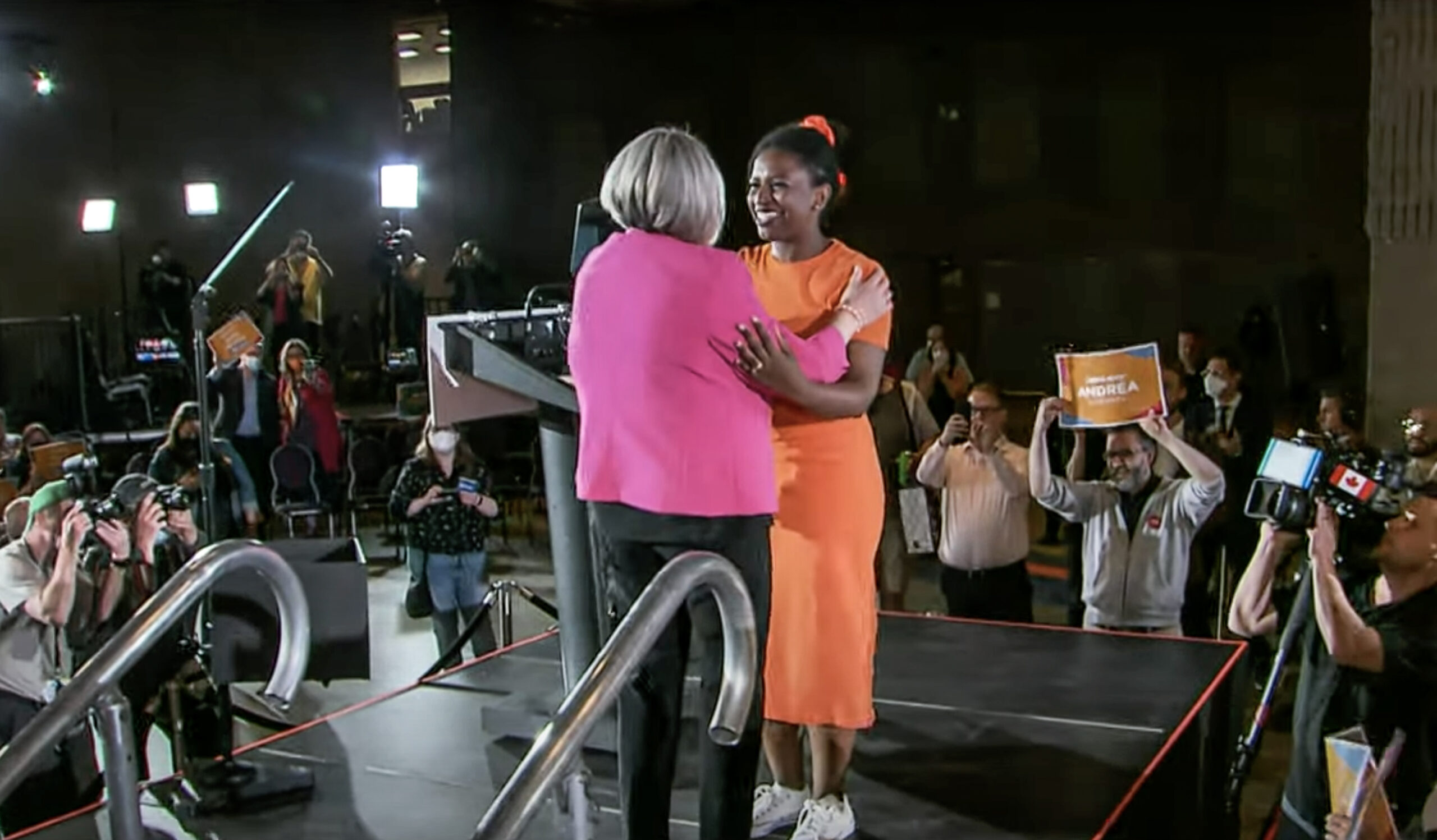 Ontario’s New Democratic Party president says they remain optimistic about the future and highlight their focus as they look for new leadership.

“We’re in a good position to hold Doug Ford to account and fight for things that matter to Ontarians,” said NDP President Janelle Brady in an interview with Humber News.

The NDP was able to maintain its official opposition status despite a loss of nine of the 40 seats it won in 2018. This is the first time the party has lost seats under Andrea Horwath’s leadership.

Shortly after the results were confirmed, she resigned as party leader, which threw the NDP into a transitional period. Horwath is now considering running for mayor of Hamilton this fall.

Horwath, elected party leader in 2009, assured voters on election night that the party’s goals have not changed regardless of its lost seats.

“We will continue to be the powerful champions people need us to be in order to fight Doug Ford’s cuts,” she said in her concession speech at the Hamilton Convention Centre on June 2. “I can guarantee you Ontarians as official opposition we will work hard every single day to fix what matters most to the people of our province.”

However, Brady said the fight will be much more difficult as the PCs padded its majority with 83 seats, a gain of seven.

Brady listed a few main focal points to counter the Tories’ promises to the province.

“Definitely we will be fighting for PharmaCare for Ontarians,” she said. “This is an issue that matters.

“I’ve seen where seniors have had to cut their pills in half or prescription pills because they’re not able to afford to buy the prescription medication that they need,” Brady said.

Premier Ford’s plan will not include making changes to OHIP coverage. The PC government will spend $10 billion to build hospital infrastructures, add 3,000 new beds, and look to expand domestic production of protection equipment and vaccines.

Following Horwath’s announcement that she would be stepping down, she emphasized their work to hold Ford accountable regardless of who takes her place.

The interim leader — widely expected to be veteran NDP Toronto-Danforth MPP Peter Tabuns — should be announced by June 28.