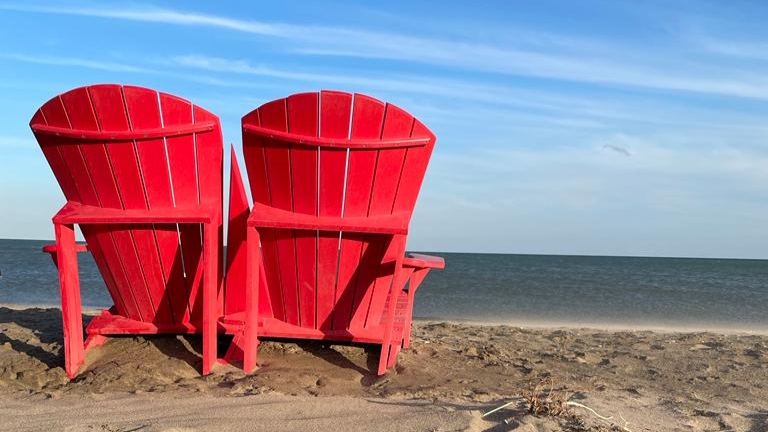 Toronto’s weather is getting very nice this week as it is bringing abundant sunshine and warm temperatures.

Environment Canada forecasts the temperature may reach up to 25 C this week.

“We’re calling for the afternoon high to be about 20 degrees,” David Phillips, a Senior Climatologist for Environment and Climate Change Canada, said on Tuesday.

“Pearson is probably a little cooler downtown because the lake cools the air down there.”

This warm weather blast will start Wednesday, but it’s already feeling pretty nice outdoors as of today with a temperature of 17 C and plenty of sun in the sky.

But in the Peel Region, temperatures could reach up to 30 C by Friday and Saturday, said Environment Canada.

“These are fairly warm temperatures but not record-breaking, we’d have to get up to almost 30 C to 31 C for it to be a record,” Phillips says.

This is something that is quite unusual in southern Ontario,” he says as the region lies near lakes.

“We got an atmospheric gift this year,” Phillip says.

“People have no need to wait until the long weekend of May to start gardening,” Phillips says.

“We could probably go to the garden centre, pick out the flowers or plants that we want to plant, and feel safe to plant them,” Phillips says.

After long winter weather, this may come with a break of relief to roam around.

“We had about four to five months that were colder than normal. We had more snow than we normally get,” says Phillips “so May has brought kind of almost a breath of fresh air to us where we’ve gotten rid of the look and feel of winter.”

People in Toronto, by Sunday, could see a mixture of sun and cloud as the great lakes are going to turn the climate moderate and they have a major impact on the climate in Ontario.

“It is not going to be the best weekend because Sunday looks like there may be some rain and a chance of showers. So I would suggest enjoying the moment being at home and going on a walk in the surrounding and nearby parks.” Phillips added.

And the weather is affected by the Great Lakes, as well.

“As the warmer weather begins to spread in western Canada and even in Quebec, still the southern part is always affected by the lakes,” Kevin MacKay, a meteorologist, said in an article on the weather network.

“Anywhere that warmth comes from, it’s getting moderated by the Great Lakes, which are still quite frigid at this time of year,” MacKay said in the article.