The Toronto Maple Leafs hope to end the “curse” 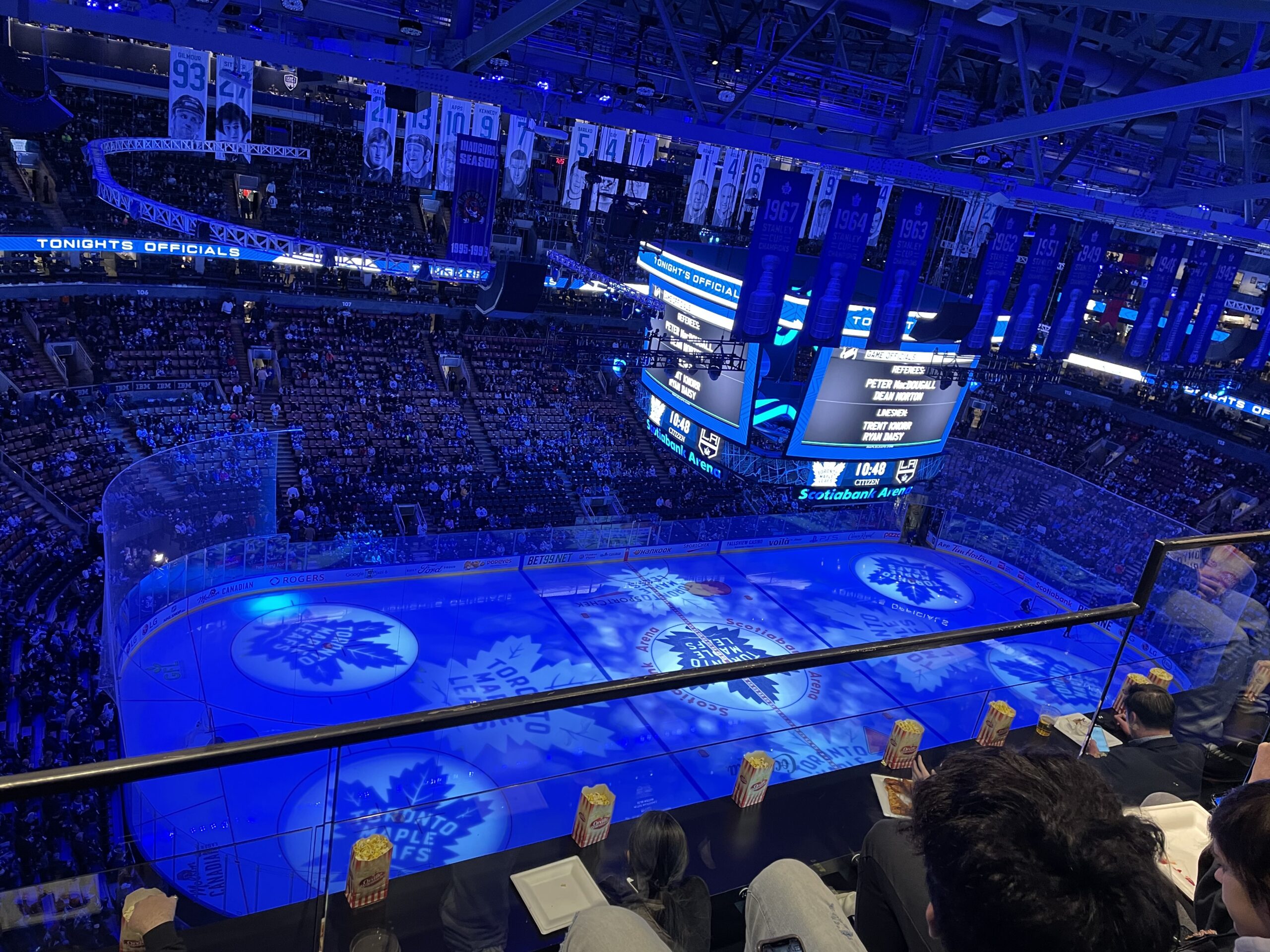 Since the year 2004, the Toronto Maple Leafs have struggled to win a first-round playoff series. This year, many fans are hoping for something a little different.

The Leafs have a well-known track record around the league and other hockey fanbases that the first round never ends well for the team.

There was 2013, when the Leafs lost an infamous game seven match against the Boston Bruins. Or there was 2020, when Columbus denied them a playoff run after five games.

The 2020-21 playoff season was a tough pill to swallow for the Leafs, fans thinking “how could this possibly happen … again?” losing in game seven against the Montreal Canadiens, who were going into the playoffs as the underdogs.

“I think about the series loss to Montreal all the time …” Dave Alusio, long-time Toronto Maple Leafs fan said, “until they win a round, they’re still thought as the players who crack under pressure, specifically during the playoffs.”

During the off-season, the Leafs organization made adjustments throughout the 2021-22 season, finding ways to fix the mistakes there were in the previous years to not have an upsetting end of a season.

“The Leafs teams in the past has serious flaws that this team does really share,” Justin MacDonald, a fellow Leafs fan said, “the team this year has all the tools to make a deep playoff run, especially if they were in any other division.”

Lindsay Hamilton, broadcaster at TSN, believes that this Leafs team has a chance to start over, and let the past be the past.

“I think players will tell you ‘news series, new year,” Hamilton said, “I think it’s a chance to press the reset button.”

Jamie McLennan, former NHL goaltender, TSN analyst and co-host for TSN radio knows from a player’s perspective what the Leafs need to do in order to overcome this drought.

“You draw an experience whether it’s positive or negative,” McLennan said, “I don’t know if you’re waking up today and going ‘we were in this position last year with Montreal’ I think it’s more ‘What did I learn?’”

Going into this year’s playoff series will be a bit different, facing off against back-to-back Stanley Cup champions, the Tampa Bay Lightning.

“When you look at it, Tampa deserves all the respect and credit that they’ve earned,” McLennan said, “there will be a lot of people that complain about the playoff format but it’s more about ‘Hey you know what, you have to beat the teams that you play.”

Sheldon Keefe, head coach for Toronto spoke to the media on May 1, 2022, a day before game one saying, “I expect it to be a physical, broad-line violent series in a lot of ways and our guys will be ready for that.”

In game one of the Leafs versus Tampa series, Toronto came out strong. McLennan thinks they has an outstanding performance.

“They [Toronto] played very well, I don’t think anything could’ve gone better, I think they had close to a perfect game,” McLennan said.

Although game two didn’t go as planned, giving up a goal in each period with Toronto also serving 16 minutes in the penalty box throughout the game.

This was a big problem for Toronto in game two, when right-winger Wayne Simmonds gave up two penalties which caused Tampa to capitalize.

The Leafs gave up a goal in each period. Toronto also racked up 16-minutes in the penalty box throughout the game. Tampa capitalized on two penalties against right-winger Wayne Simmonds.

“The main thing again is just focusing on cleaning up your game,” Hamilton said, “there one key thing that stood out in game two was the lack of discipline for the Leafs, seven penalties are simply too much.”

With the series coming close to the end, both teams tied at two, still needing to win four games to move on to the second round.

Fans continue to see hope and believe in the team that has caused them ‘nothing but pain’ since 1967, which was the year the Toronto Maple Leafs last won a Stanley Cup.

“I have hope,” Alusio said, “you have to learn how to lose. Know how bad it feels and experience the intangibles of what it takes to be a champion.”