Sidelined from the campaign due to COVID, Horwath pushes labour reforms 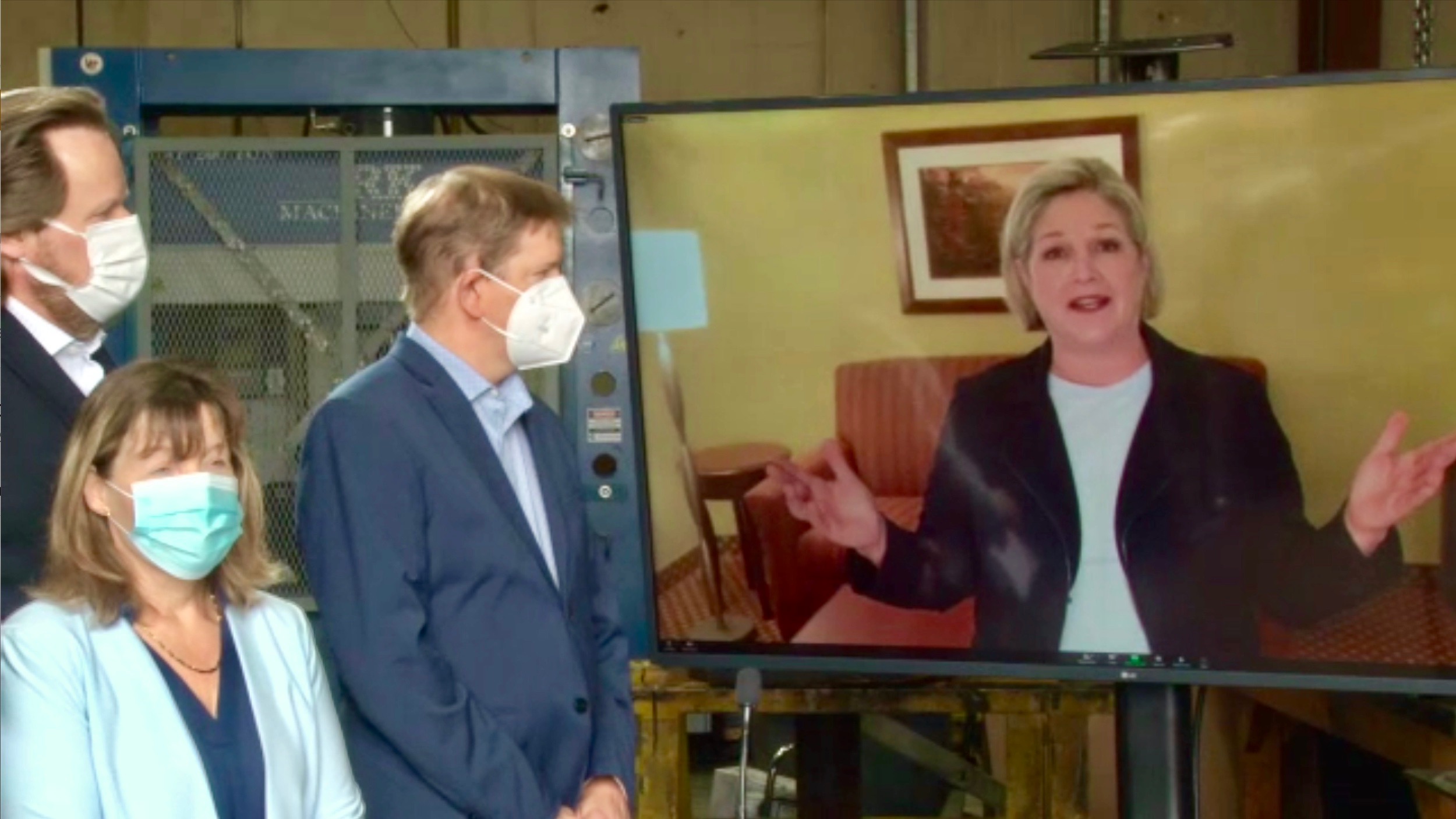 Andrea Horwath’s campaign team scrambled to adjust her tour schedule today, after the NDP leader tested positive for COVID-19 this morning in Ottawa.

She was scheduled to make a campaign announcement today from Soo Foundry & Machine Ltd. In Sault Ste. Marie, Ont. Instead, she spoke remotely on Zoom to announce her party’s plan to promote higher wages and easier access to unions.

Horwath said wages remain stagnant and the cost of living continues to increase in Ontario.

“Everyday workers need to be able to afford everyday life in our province,” she said.

The new NDP plan pledges to increase the minimum wage by one dollar every year to reach $20 by 2026. The party also promises to repeal Bill 124, which froze public sector wage increases.

Horwath also promised changes to make it easier for workplaces to unionize by bringing back 55 per cent card certification and introducing first contract arbitration.

The NDP said it has picked up endorsements from several labour groups such as the Ontario Federation of Labour, United Steelworkers, and the Canadian Union of Public Employees (CUPE).

President of CUPE Fred Hahn said the current laws in Ontario put roadblocks in the way of workers joining a union.

“They have often better pay and better benefits because they have collective representation,” he said.

“Ten permanent sick days so that people don’t have to make that choice about whether to go to work sick, so that they could pay the bills, or stay home,” Horwath said.

“I don’t know where I’ve caught the virus, I have no idea,” she said.

Horwath was due to begin her tour of northern Ontario today, and she said she is eager to reschedule the missed stops.

“I’m certainly hoping that we can reshuffle, and I can come back up to northern Ontario,” Horwath said. “I really want to do that.”