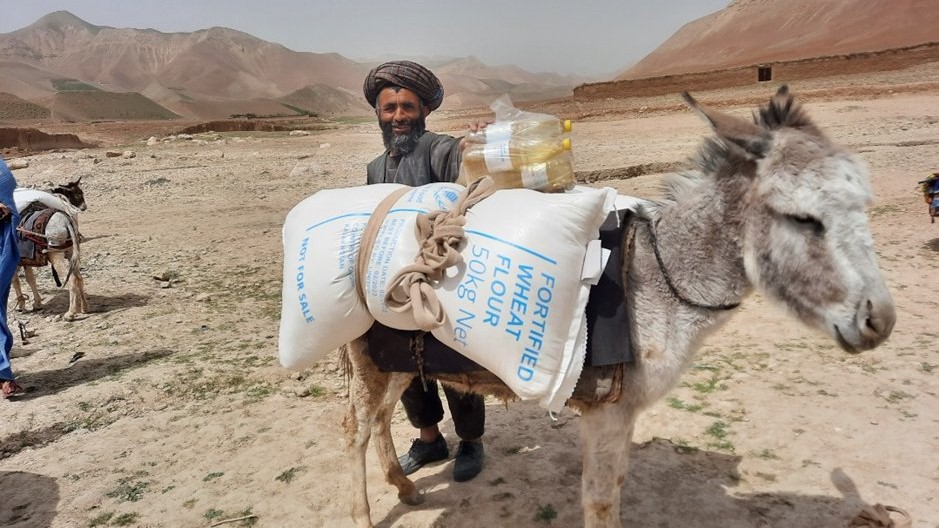 The U.S. withdrawal from Afghanistan and the Taliban takeover in August 2021 have left its people on the verge of famine.

It is not the first time the country has faced a severe hunger crisis. Two decades ago, people in Afghanistan resorted to grass consumption to sate their hunger.

With the fall of the Afghani government last year, the country found itself in the same situation it was about 20 years ago.

Among them, children are facing the greatest brunt of the food crisis.

“It is a figure so high that it is almost inconceivable,” he said in a press statement in March.

Save the Children, a U.K.-based child rights organization, said about two in three children in each household struggle to eat enough daily food.

Almost one million children are already on the brink of starvation. Health clinics across the country are filling up with children suffering from severe health diseases including diarrhea and pneumonia.

The Taliban’s Ministry of Public Health said more than 13,000 babies have died in 2022 due to malnutrition.

Afghanistan’s primary income source is agriculture. Almost 61 per cent of the country depends directly on agriculture for their livelihoods. Factors like the COVID-19 and climate change have made it difficult for farmers to yield their crops.

Afghan Analyst Network said most of the country’s water supply relies primarily on winter precipitation in the mountains that accumulates as glaciers, snow, and ice.

The occurrence of the La Niña phenomenon in the Pacific Ocean in 2020 reduced snow and rainfall, and has resulted in the worst drought the region has seen in 20 years.

Furthermore, the Ukraine-Russia war has added even more despair for the farmers in the Central Asian country.

Russia is the world’s largest exporter of fertilizers. It has banned the majority of its fertilizer exports to counter Western measures aimed at supply and prices at home as the war continues.

The export ban has severely affected crop yields for Afghan farmers and is a reason for the growing food insecurity in the country.

Canada announced $50 million in humanitarian assistance to Afghanistan. Minister for International Development Harjit Sajjan said Ottawa is deeply concerned with the worsening situation in the country.

“With every day that goes by, the situation is getting worse for them, and there is no doubt that Afghanistan is on the brink of a humanitarian catastrophe,” he said.

The following chart outlines the food insecurity in Afghanistan: