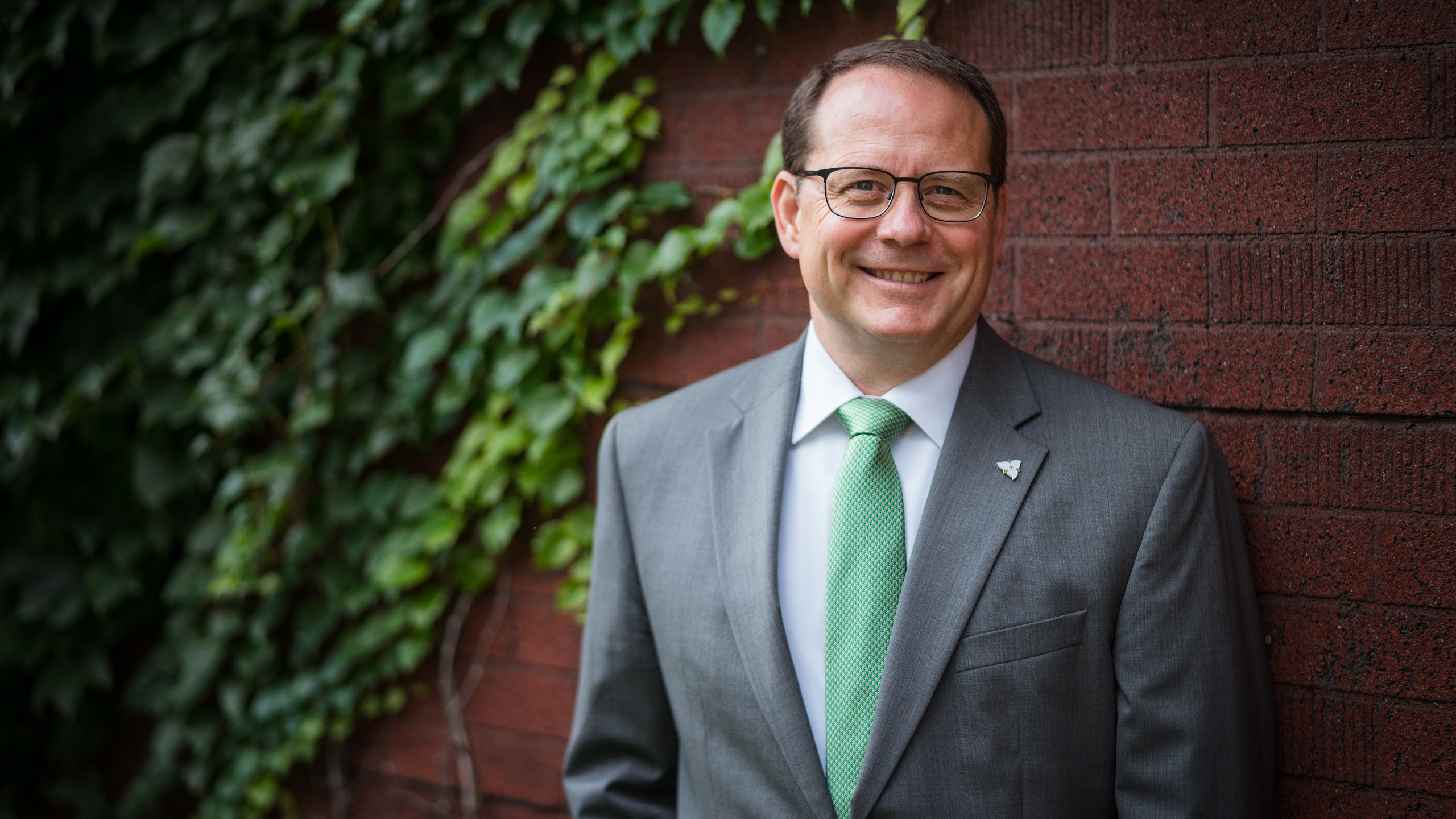 By Nitika Mishra and Ojasvini Parashar

Mike Schreiner is the leader of the Green Party of Ontario and the recently elected Member of Provincial Parliament representing the riding of Guelph.

Schreiner has been actively involved in the Green Party of Ontario (GPO) since 2004 and has been the leader since 2009 after winning the Ontario Green Party leadership election.

Prior to politics, Schreiner was an entrepreneur and small business owner.

Originally from Kansas, Schreiner, 52, moved to Toronto in 1994 and gained citizenship in 2007. He currently lives in Guelph with his wife Sandy Welsh and their two daughters.

He earned his Bachelor’s degrees in business administration and history from the University of Kansa in 1992. He also did his Master’s in history from Indiana University Bloomington in 1994.

He founded initiatives such as Local Food Plus, WOW Foods and EarthDance Organics. He has also introduced bills to control Ontario’s carbon emissions.

“My vision is for the Ontario we all want – caring, connected, and ready for the new climate economy,” Schreiner said. “Like you, I want to provide a future for my children that is full of opportunity.”

Professor Emeritus Nelson Wiseman of the University of Toronto says that the Green Party might not win any more seats as long as Schreiner is the leader.

Wiseman said that the other parties have programs on housing, healthcare, and affordability and now they have included climate change as well.

“The Green Party was a leader or at the forefront of talking about the climate but that’s an issue that all the parties have addressed, so that’s a challenge for the Green Party,” he said.

He also said that although there are some positive sentiments towards the Green Party, however a lot of people vote strategically.

“If they think that voting for a Green candidate in their riding is a waste because their candidate doesn’t have a reasonable prospect of getting elected then they won’t vote for that candidate, they’ll vote for somebody else,” he said.

“That’s the main problem the Green Party faces and I don’t think it’s going to be overcome in this election.”

Schreiner first ran as a GPO candidate in the Haliburton—Kawartha Lakes—Brock by-election in March 2009. He lost to Rick Johnson of the Liberal Party.

In 2011, he ran as a candidate for the electoral district Simcoe—Grey and finished fourth behind Jim Wilson of the Progressive Conservative Party.

After his win in the 2018 election, Schreiner was sworn into the Ontario Legislature on July 5.

During the first couple of months of the 42nd Parliament, Schreiner has been a frequent critic of Premier Doug Ford.

He has focused on issues like decisions to cancel the province’s cap-and-trade legislation, scrapping of green energy programs, on methods used by Ford government to reduce the size of Toronto City Council and on the provincial plan to allow smoking of marijuana in many locations.

Wiseman also said that the Green Party was badly defeated in the last federal election and that, as a result, wounded the Green party of Ontario.

“I don’t think that the Green Party is going to make any advancement in this election,” he said. “But I do think that the leader would get re-elected because he has established a profile.”