Mike Schreiner hopes to build on momentum from debate performance 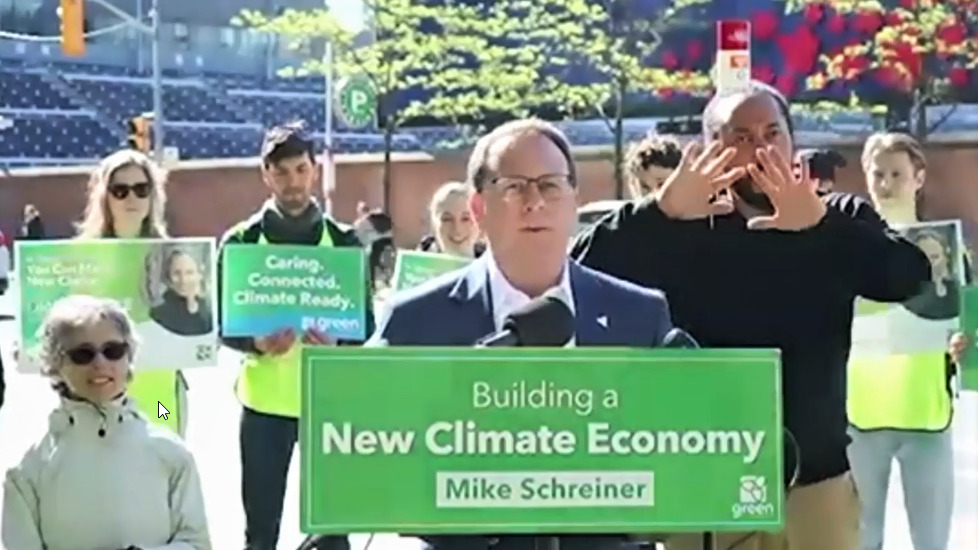 “We believe young people in this province need a more powerful and forceful voice where decisions are being made and that’s exactly what the Ontario greens are going to continue to push for,” Schreiner said.

This was Schreiner’s first appearance since Monday’s leader’s debate, where columnists with both the Globe and Mail and the Toronto Star declared him the winner.

“For everyone last night who said Ontario Greens won the debate, I would say if you want green, vote green,” he said.

Schreiner said that he was the only party leader to address the climate crisis with real solutions that ensure that the people of Ontario have “a livable future.”

He said that the role of young people is very essential in boosting Ontario’s new green economy and climate-ready businesses and that’s one of the reasons why the Green party is striving to lower the voting age to 16.

Her Liberal party opponent, Andrea Barrack told Humber News that she does not think that Schreiner has won the debate and that he had one or two very good “realistic” moments.

“I don’t think from my perspective he won the debate because I don’t feel like he was able to convince Ontarians that the Green party is ready to govern and that to me is what winning the debate is,” Barrack said.

She said that Schreiner’s today announcement is not enough to convince the voters in the University of Rosedale riding, especially since there is no need for another opposition member at Queen’s Park.

“I don’t feel that he probably convinced people who are otherwise going to vote Liberal to go over to the Green’s side,” Barrack said. “University-Rosedale needs someone who has a reasonable chance of being in a government.”

Velma Morgan, Chair of Operation Black Vote Canada, told Humber News that Schreiner has been keen in his announcement to stress the importance of addressing climate change and amplifying the voices of youth.

“I think it’s a positive announcement, I think any time that you can include youth in public policy it’s a good thing and that’s what he’s trying to do he’s trying to include the voices of youth in the decision-making table,” Morgan said.

She said Schreiner’s last night’s debate performance was positive as he addressed certain issues that have not been raised by other party leaders and that the winner will only be known on June 2.

“I think he did very well. I think he talked about issues that a lot of the other candidates aren’t really talking about,” Morgan said. “In terms of the winner, I guess we’ll find out on June 2.”