Leafs look to close out series against Lightning 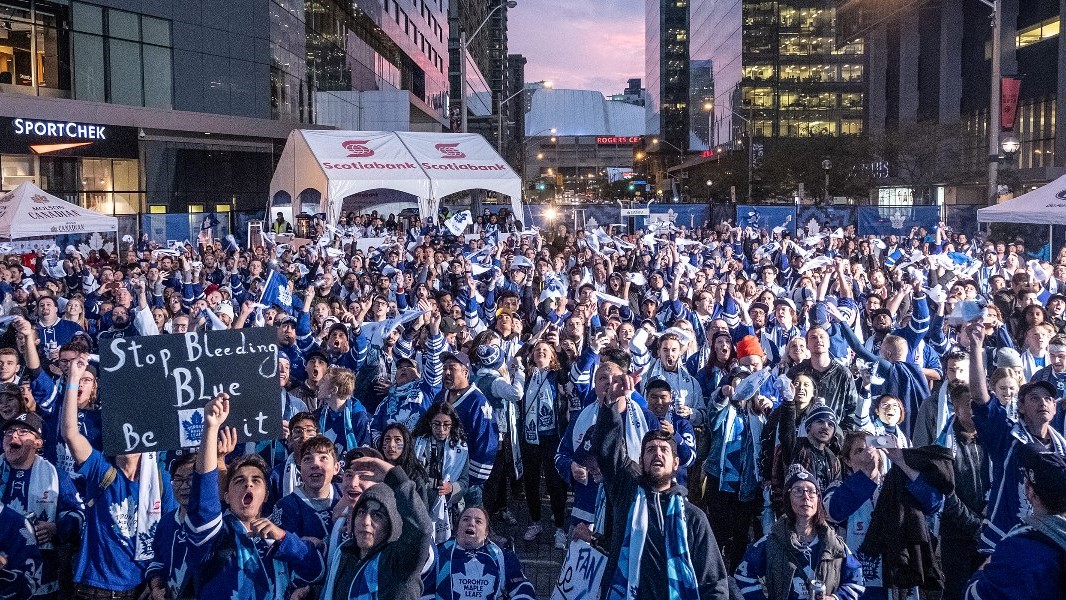 The Toronto Maple Leafs look to finally beat the stigma surrounding their first-round blunders and close out their series in game six against the Tampa Bay Lightning.

If the Leafs can defeat the defending back-to-back Stanley Cup champions on Thursday night they’ll advance to the second round for the first time since 2004.

Longtime Leafs fan, Ashton Vaz, says his anxiety is at an all-time high and isn’t as optimistic as other Leafs fans tonight.

It has been nine years to the day since the Leafs won game six against the Boston Bruins to force a game seven in 2013.

Vaz also recounted that today is also the anniversary of “the Shot” that Kawhi Leonard made to send the Toronto Raptors to the conference finals back in 2019.

Auston Matthews led the league with 60 goals and was nominated for the Hart Trophy, as the league’s most valuable player on Thursday morning.

Vaz hopes that the Hart nomination for Matthews and the anniversary of “the Shot” inspires Matthews to have a great game.

The Leafs will once again rely heavily on goaltender, Jack Campbell to carry the load.

Campbell allowed two early goals in game five but he made clutch saves down the stretch to keep the Leafs within reach.

He allowed three goals and made 32 saves in the win.

Leafs captain and Mississauga-native, John Tavares, finally came through for the team, scoring his first goal of the series on the power play to cut the lead to one.

The Leafs have won two game sixes in the past ten years, both against the Boston Bruins, once in 2013 and another time in 2018, according to Hockey Reference.

The Leafs would like to forget both instances as they would go on to lose both game sevens in historic fashion.

Since the 2020 playoffs the Lightning have been resilient having won 16 straight playoff games after coming off a loss.

For the sanity of all Leafs’ fans, the hope is the series is closed out tonight without the need for another gut-wrenching game seven.