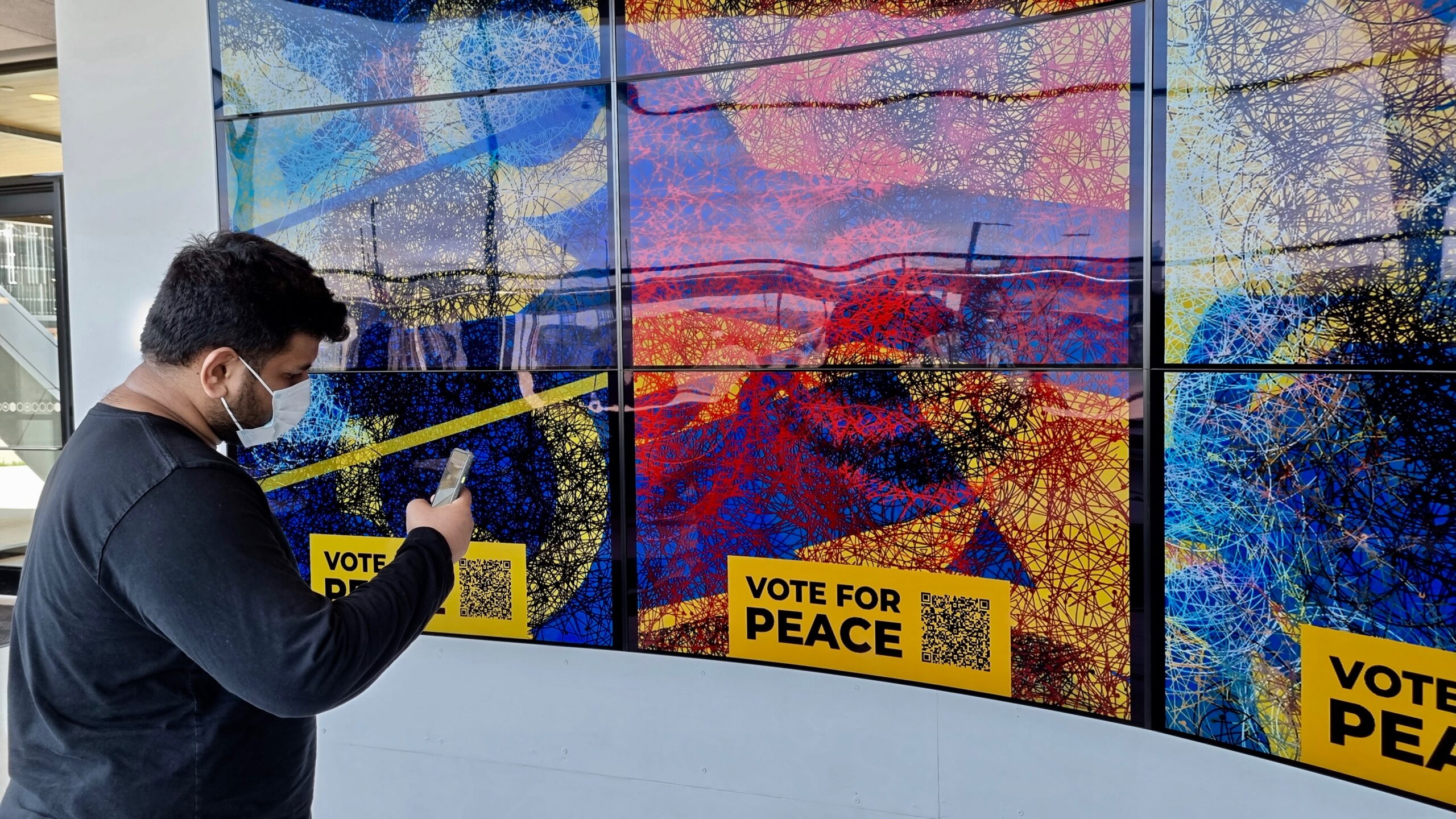 Humber College students were lifting their smartphones and taking pictures of each other, while others were looking around to see those images displayed on the screens around the ground floor of the Barrett Center for Technology Innovation (BCTI ) on Thursday.

Around 50 Humber students of different programs were participating in the Vote of Peace event at the BCTI located at North Campus.

Vote for Peace is a global, apolitical awareness initiative that gives individuals an opportunity to express their support for peace in the Ukraine-Russia war through artwork.

Anyone can get involved by scanning a QR code displayed on screens placed in malls, on buildings, and in public spaces. Then, they can vote by taking a picture or selfie and submitting it.

An artwork coding program will put a blue and yellow filter, representing the Ukrainian flag, and generate a new version of the image, which will be projected on the screen. The artwork can be shared on social media or saved on people’s devices. There’s no limit to pictures someone can upload.

One of the movement’s founders Sebastian Villa was heartbroken after a Snake Island, a Ukrainian island in the Black Sea also known as Zmiinyi Island, was attacked on Feb. 24 by Russian troops.

“It actually brought me to tears,” he said and inspired the idea. 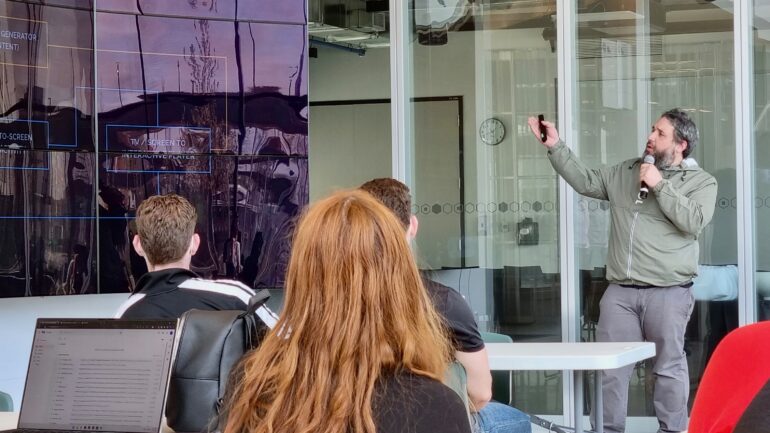 Villa is originally from Colombia, which he called “a country with a history of war” so that particular event “felt very closed to home.”

After Ukrainian President Volodymyr Zelensky urged the world to go out to the streets and make themselves “visible and heard” in a video address at the end of March, Villa took it as an inspiration.

With his years of experience in emerging and mainstream technologies development, he started to experiment with some coding and images and came up with the idea.

To make the idea come true, he involved Bob Izsak, the business strategy mind and business partner of Villa.

Izsak said they wanted to do something significant “using what we know and what we do best.”

Both Villa and Izsak meet with Humber students and took them through what it takes to create a social movement.

After the talk, Humber students had the opportunity to interact with the art generator through screens placed around the room and create their own artwork in real-time, which they own, and watch it get displayed.

Students who attended the event were given the opportunity to have 20 extra work placement credit hours if they submit an assignment. 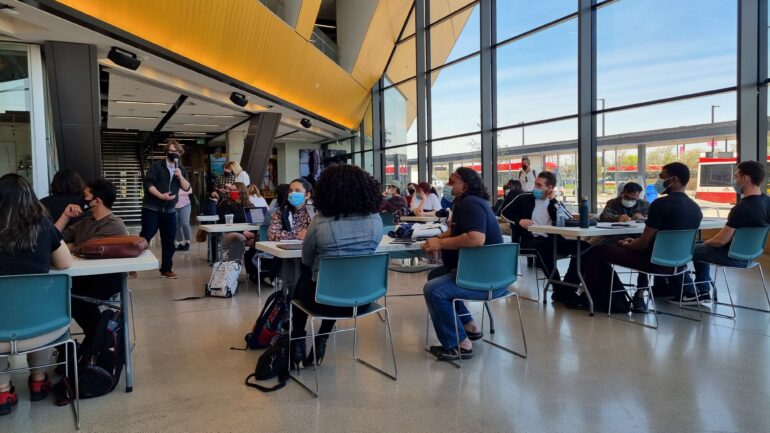 Students were assigned a group project that will give them 20 hours of work placement Photo credit: Andrea Palacio

Assistants were asked to team up with other students and share their own thoughts and ideas on how technology can help good causes. They have three weeks to come up with the concept for an event, digital/physical product, or installation for a non-profit/social good organization.