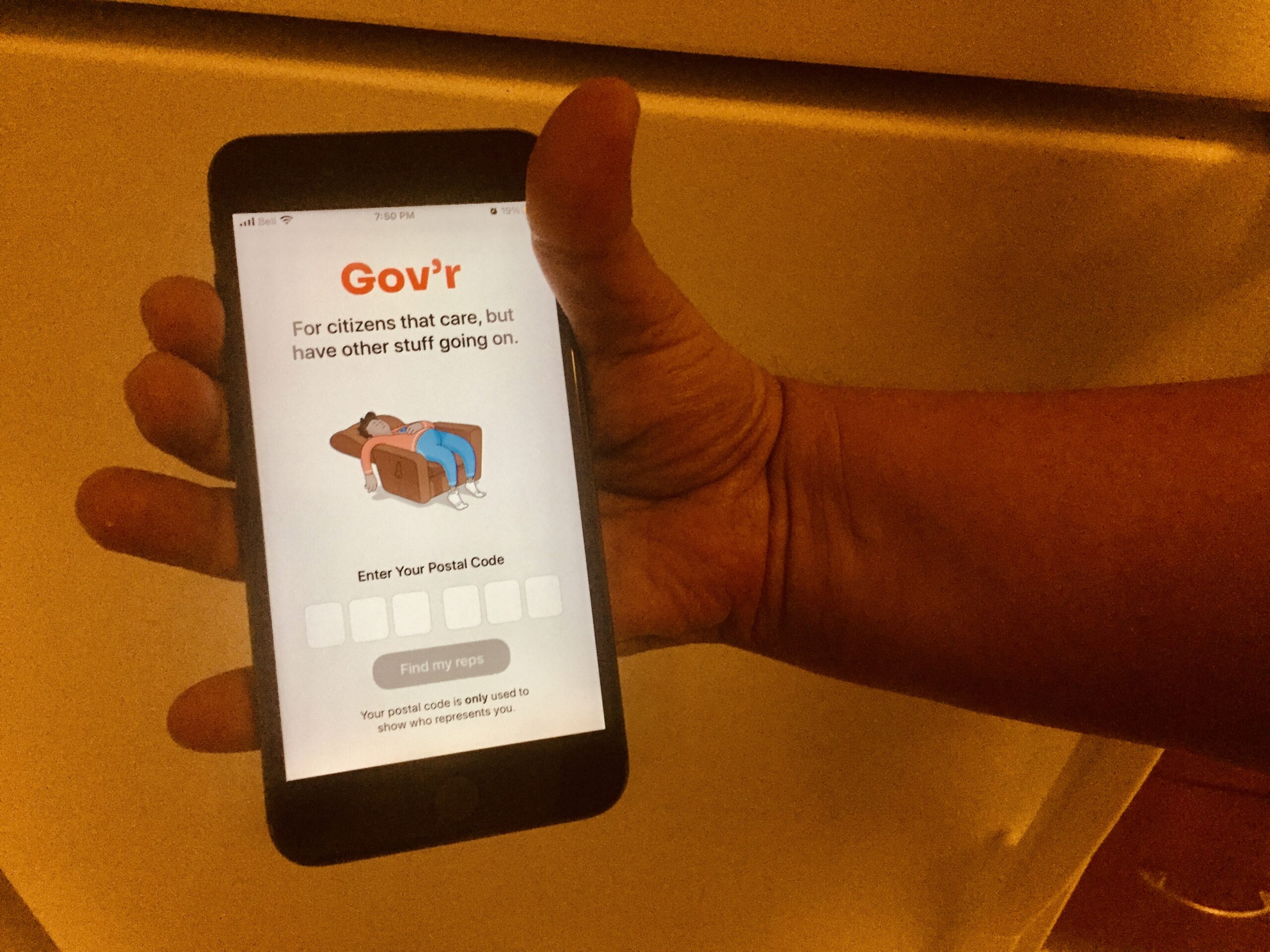 Ryan Dochuk doesn’t the idea that most of his fellow Canadians don’t know who their local politicians are.

“If you really think about the average Canadian today, there’s a very large population of people, in fact, you could say the majority of Canadians don’t even know who their reps are,” said Dochuk.

So the founder of the tech firm Onlyford has created a new app called Gov’r, which he hopes will help voters get to know their politicians and vice versa.

“Gov’r really comes with around with the idea of trying to modernize citizen engagement today for Canadians,” said Dochuk

According to Dochuk, the app is meant to help voters, especially younger ones learn more about the people they can vote for. It lets them sign up for riding updates or pose questions or vote on surveys.

“What happens for most people is you paper flyers in their mailbox, you have occasional robocalls, you sometimes have the option to go down to a local legion town hall and sit there for a few hours and hope that you get a chance to ask your question,” said Dochuk. “But for a lot of people, a lot of busy people, a lot of young people who have 1 to 3 jobs, that’s just not realistic.”

According to Dochuk, there is no plan for monetization of the app, not the data or Gov’r itself.

“This app is 100 percent free for citizens and for elected reps,” said Dochuk, “We do not monetize the data or the platform in any way. There is no plan to include ads or any future advertisement in the app today. It is 100 percent democracy, freedom and hugs and doves and such.”

Further information on Gov’r can be accessed on the app website.