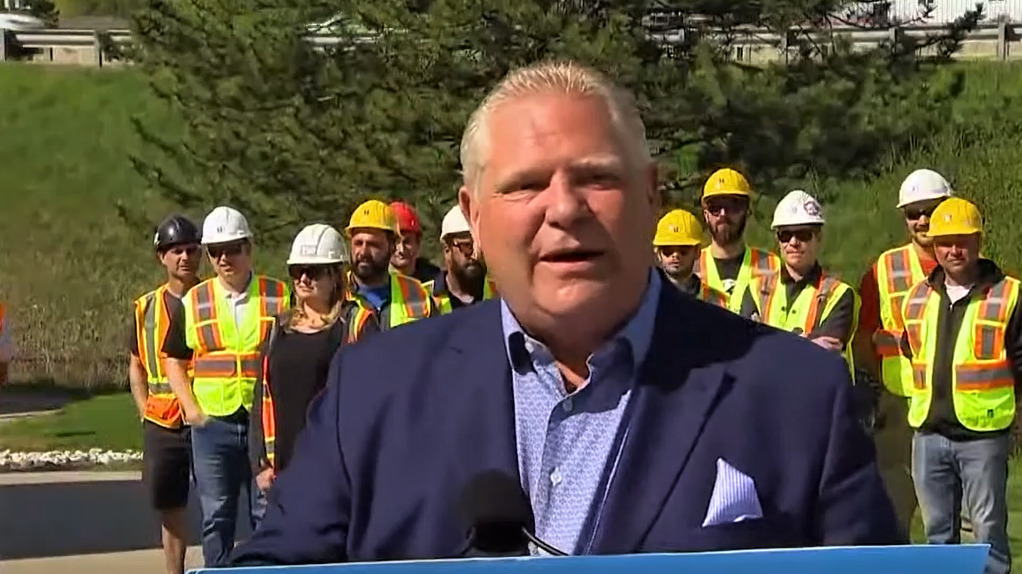 Lecce participated in a “slave auction” fundraising event with his fraternity Sigma Chi at Western University in 2006, according to a report from Press Progress.

He issued an apology Tuesday night after the report was released for his participation in the event calling it “inappropriate”, and that he will continue to serve Ontarians.

Ford told reporters that he fully supports Lecce and he will remain the party’s candidate in King-Vaughan.

“This is something he did when he was 19 years old in university,” Ford said. “Lecce has been a strong advocate of combating racism in schools and he has my full support.”

Various members from Ontario’s New Democratic Party are calling for Stephen Lecce to be withdrawn from the election calling his actions “repulsive” and “clear anti-black racism”.

Roxanne Beaubien associate director of Stakeholder Relations at Western University, issued an email statement to Humber News regarding Lecce and claimed the school has no formal affiliation with fraternities or sororities.

Beaubien said the university does not promote racism of any kind.

“At Western we are embedding equity, diversity, and inclusion into policies, operations, research and teaching, and are committed to pursuing meaningful systemic change,” she said in the email.

This incident was addressed amid other announcements, such as the building of Highway 7 and rebuilding Ontario’s economy by creating more lucrative jobs.

He announced that a re-elected Progressive Conservative government will be committed to building a four-lane Highway 7 between Kitchener and Guelph.

Building Highway 7 will reduce the heavy traffic along the 401 corridor.

“I’m proud to stand here to announce that we’re saying yes to building Highway 7, a highway that is desperately needed, a highway that will reduce gridlock to get drivers out of their cars and home faster to spend more time with their families,” Ford said.

He criticized the Liberals for not meeting the promise that they made in 2007 to build Highway 7 and their plan is to cancel more highways than they want to build.

He said that a re-elected PC government will have a clear message, and that message will be mainly about building more roads, hospitals, and schools.

“We are pouring $157 billion into infrastructure,” he said. “We’re a party that’s going to get it done and we’re getting things built.”

Ford also made stops in London North Centre, Chatham-Kent-Leamington and will visit Windsor-Tecumseh on Friday.