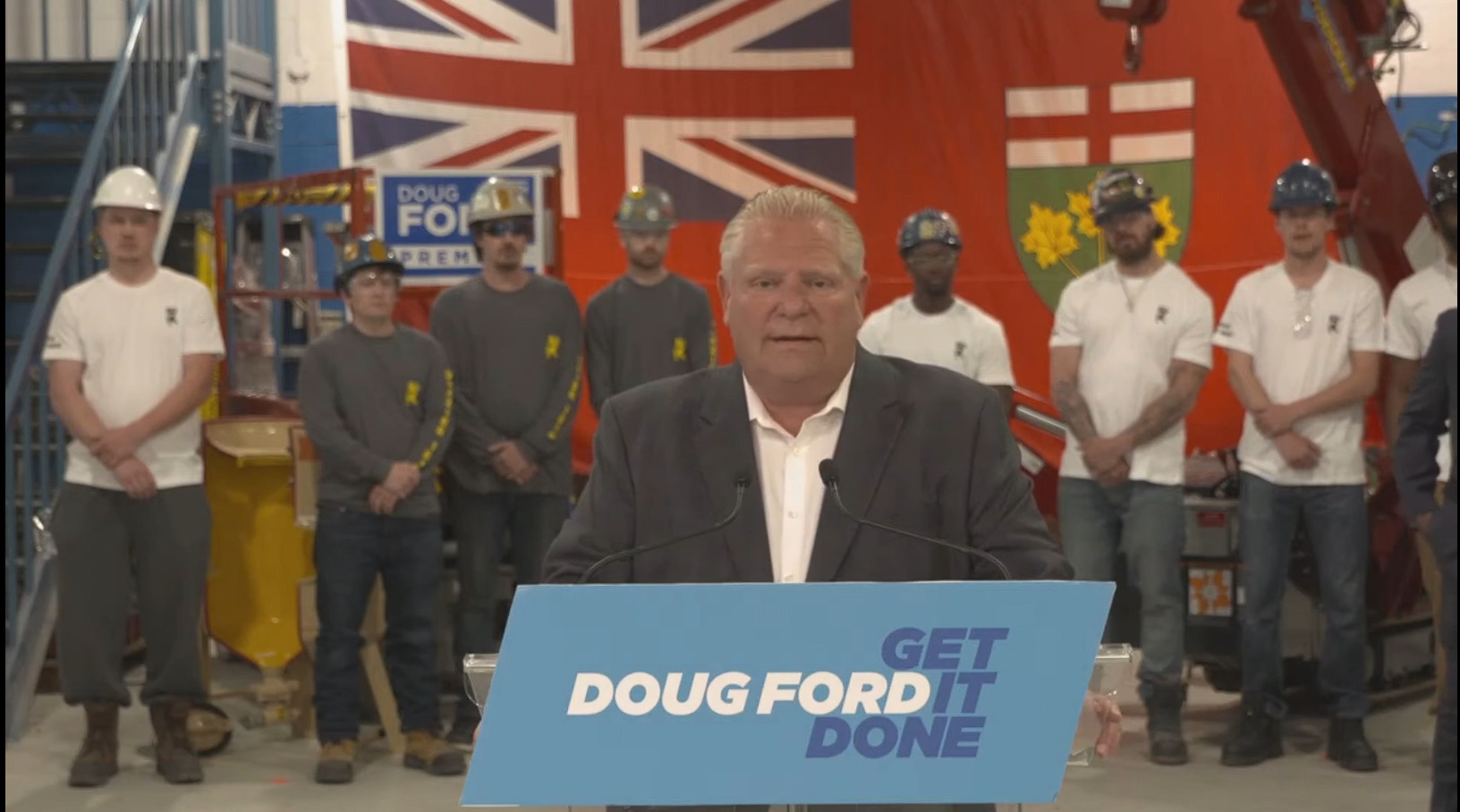 “They know what it takes to build and they are lining up behind our plan to build Ontario,” Ford said.

He announced an endorsement by the International Union of Painters and Allied Trades at a press conference in the York-Centre riding. In a press release the IUPAT Ontario said that Ford was the best choice and cited his investments in the skilled trades.

Nelson Wiseman, a political science professor at the University of Toronto said that the unions supporting the PCs is unusual. He said historically both public and private sector unions have not endorsed PC campaigns.

“They were also very critical of conservative parties. However, what’s going on now in Ontario, some of these unions have warmed up to Ford in the private sector,” he said.

Yesterday the International Brotherhood of Electrical Workers Construction Council of Ontario endorsed Ford in a statement.

The Laborers’ International Union of North America endorsed the platform and the International Brotherhood of Boilermakers supported the PCs for the first time.

Liberal leader Steven Del Duca said at a news conference on the 4 day work week that he isn’t surprised by the endorsements. He also said he believes individual union members will support the Liberal plan.

Wiseman said that the new endorsements are due to economic conditions that favor the unions along with the PC’s spending on skilled trades. However, he says that this is just a small number of private-sector unions that are supporting Ford. It isn’t a major shift but a small one for a select group of unions.

“So let’s not confuse these unions with the majority of the unions, but the reason is because the trades are booming in Ontario. There’s a labor shortage. There’s all kinds of work on infrastructure, publicly funded. So they like that,” Wiseman said.

Wiseman said that this won’t apply to the public sector unions which have not endorsed Ford.

When asked about Bill 124 which capped public sector wages, Ford said he would have discussions with workers when part of the bill expires in August and that he would “treat them fairly”. Bill 124, introduced in 2019 limited many public sector wage increases to one per cent.

The Ontario Federation of Labor, an umbrella group for unions, endorsed the NDP on May 12. The OFL said Ford’s budget platform was “too little, too late for working Ontarians”. They cataloged a list of what they said is over 700 “cuts and rollbacks of workers’ rights.”

Wiseman said it is unlikely that more unions will endorse Ford and that their support likely won’t last.