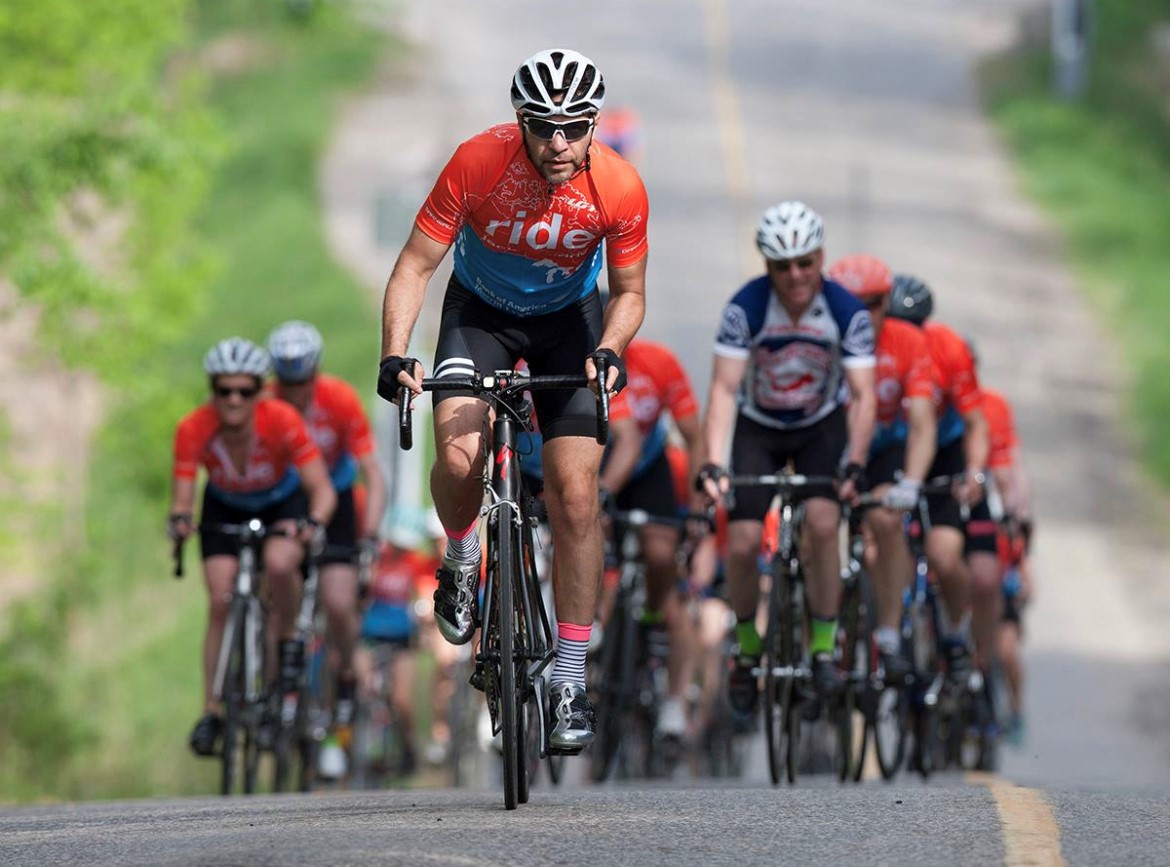 For the first time since 2019, Jack Ride will take place in-person on May 28 at Caledon Ski Club.

“It started with a memorial ride in 2010, but that has grown to a significant event, and that is branded Jack Ride,” Jack.org Founder and Executive Director Eric Windeler said of the annual event.

“It feels amazing. We’re excited. It’s only 10 or 11 days away,” Windeler said of the ride finally returning to Caledon Ski Club. “We’re going back to our home base.”

“We have had to have virtual Jack Rides for the past two years, and frankly, they’ve been very successful. Last year was a record-setting event. We had 1,585 riders and raised just over $2 million for Jack.org,” he said.

“It’s a really lovely community that comes together,” he said. “There are about 100 teams signed up and a number of them are memorial teams… and every community is coming around them and riding in memory of the young person that was lost.”

There are also unlimited virtual spots available to participants who fundraise the minimum amount of $350, and they can choose whether they want to cycle, hike, jog, swim or even walk.

Windeler said the organization encourages young people to register, there is a much lower registration fee for riders under 25, and the virtual ride can be any distance.

“Any event that gets young people talking about mental health is a positive,” Psychiatrist Dr. Mark Berber said.

“Mental health in teens and young adults is a big problem these days, and has become much worse due to the COVID-19 lockdowns.”

Berber said that schools, gyms, beaches and more being closed had a very negative impact on youth mental health.

“To see people out and about, talking about mental health, enjoying the sunshine — it’s fantastic. We’ve been locked up far too long,” he said.

Jack Ride 2022 participant and mental health professional Cindy Chisvin has participated in the ride for the past five years.

“I did it, virtually the last couple of years with former teammates, but I am so excited because it’s such an amazing event when everybody’s there,” she said.

“It’s the adrenaline and excitement of being with all like-minded people, and riding with all of them is an amazing experience.”

Chisvin said her reasons for participating are both professional and personal.

“It is my passion to support people and change the way mental health is looked at,” she said.

“I also am a person who has had challenges for years with depression and anxiety, and there weren’t the same resources available when I was a young person as there are now, and so to support people now is really important.”

Chisvin also has a very close friend who lost their son to suicide, and her team’s name KBT is in honour of him.

“We’ll see if I get a little bit more, but I’m happy with what I’ve raised so far,” she said.

“I would encourage people to join the virtual ride because it’s still an important event to support. We’re seeing increased numbers of youth struggling with depression and anxiety, especially post-COVID. We need to end the stigma and allow people to reach out and access the help that they need,” Chisvin said.

“Back in those days, and before, people weren’t talking much about mental health,” Windeler said. “But what you may not know is that 70 per cent of the onset of mental illness is in what we call the ‘transition years,’ so youth aged 15 to 24.”

Windeler said that through a pilot study, they found that young people were not educated about mental health and were being “left out of the conversation.”

“There was not nearly enough of bringing the youth voice to front and centre to help reduce stigma and increase help-seeking.”

It aims to train and educate young people on mental health and help provide resources to make a change in their communities through multiple programs including public talks, groups and conferences led by trained youth.

The organization also offers a Be There Certificate to educate people on how to support someone else struggling with their mental health.

Anyone who still wishes to participate in Jack Ride 2022 can do so through the event’s website.

“We’re still looking for as many virtual riders as would like to participate,” Windeler said.