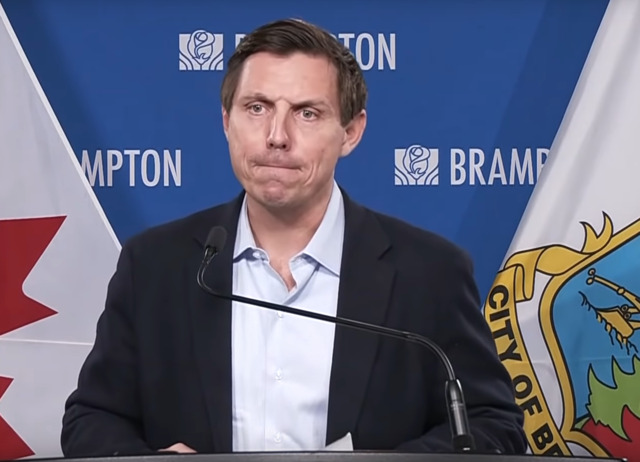 Patrick Brown is running for federal conservative leader, looking to make up some ground looks to keep proving people wrong.

Patrick Brown, former Ontario PC Leader, MP and currently the mayor of Brampton is in the running for the Federal Conservative leader.

Brown stood in front of supporters at the Queen’s Manor Event Centre accompanied by his wife Genevieve. The vote from the citizens of Brampton will be a key contributor to the success of Brown’s success.

“As far as energy goes, this is somebody who is just a relentless politician and I don’t mean that in a negative way, I mean that in a positive way”, said Chris Cochrane, Assistant Professor in the Department of Political Science at the University of Toronto.

Brown has had his fair share walls to climb over during his political career, in 2018, he was involved in sexual misconduct allegations that forced him to resign as the Leader of the Ontario Progressive Conservatives.

Coming into the political race, Brown is starting from the back of the pack, “He is definitely behind starting out, Pierre Poilievre is considerably in the lead,” said Cochrane, who is teaching out the University of Toronto’s Scarborough Campus.

Jean Charest is also going to pose as another challenge for Brown, as they are both competing for “the same ground,” noted Cochrane.

“He is not the kind of person you want to bet against, because the odds have been against him.”

Patrick Brown has faced obstacles throughout his political career, though he may look to be behind in the race, it is not over yet, he may need to adapt the strategy but there is still plenty of race to run.