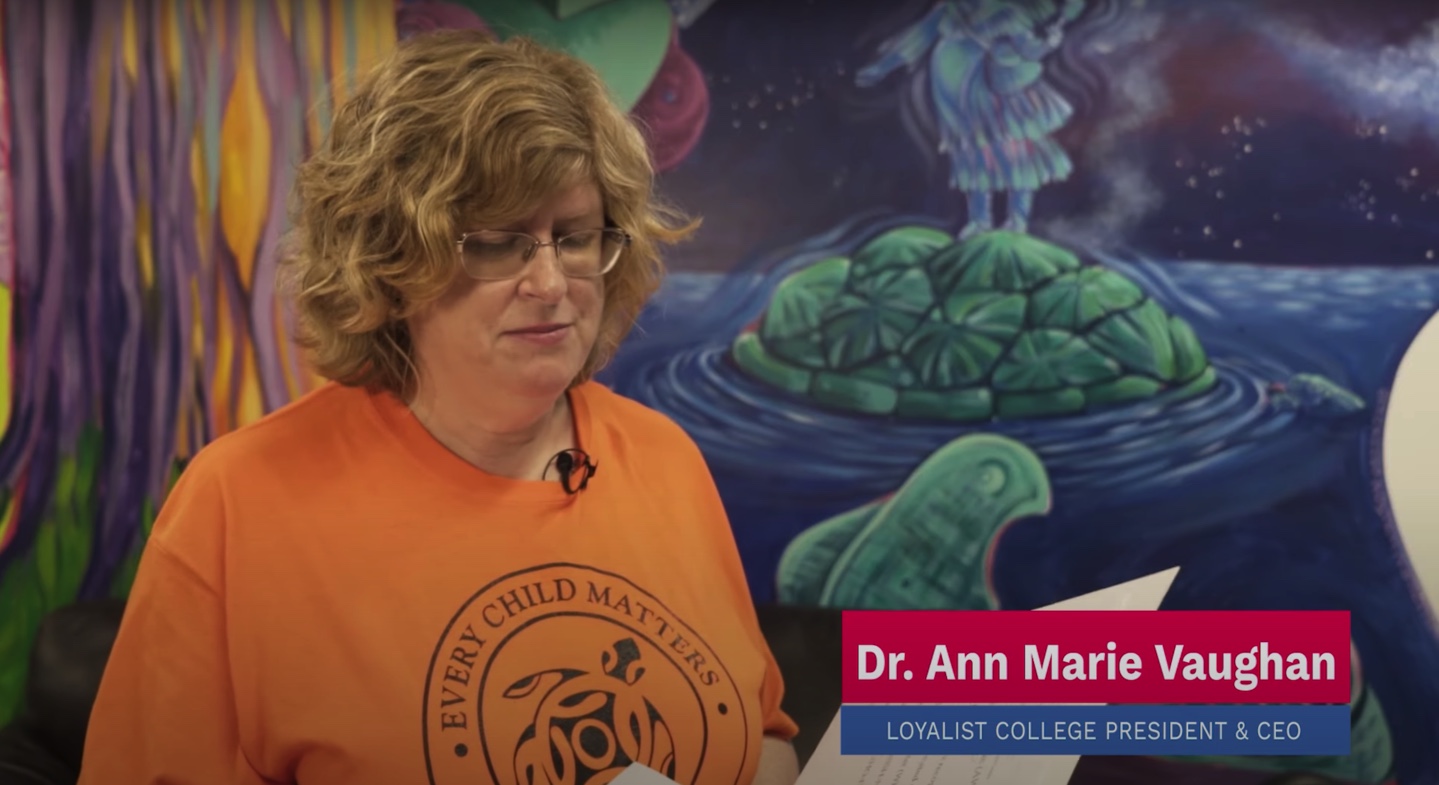 Vaughan, who holds a doctorate in Higher Education Leadership from the University of Calgary, is the first woman to be appointed president and will soon begin her term after the retirement of current president Chris Whitaker.

Vaughan was appointed in 2018 as an Honorary Colonel in the Royal Canadian Air Force, affiliated with the 426 Training Squadron, 8 Wing, CFB Trenton. She is also the chair of the Management Board for College Employers Council.

She has worked in education for more than 30 years and is coming to Humber from Loyalist College in Belleville, Ont., where she held her position as president since 2016.

She told Humber News she’s saddened to leave Loyalist College but is very excited to take on new and different challenges.

“To have this opportunity to join the team and to be able to work with everyone at Humber and also to amplify the voices of students and alumni is really core to who I am as a person, and I’m just excited about the next phase of my career,” she said.

Vaughan plans to get an understanding of what she can do to advance the goals and opportunities of both students and staff at the province’s largest college.

“My first task on the job will be meeting all the team and listening to the hopes and dreams of the people within Humber,” Vaughan said.

She said the president’s role is to give people the opportunity to advance their dreams.

“I am really looking forward to meeting everyone at Humber so I can understand more fully what those opportunities are,” Vaughan said.

She said she is looking forward to developing connections with students and wants to ensure that no matter what her role is in education, she is never too far from them.

Previously she was the president and CEO at the College of the North Atlantic in Stephenville, N.L., from 2011 to 2016 and was recognized as a Top 50 CEO in Atlantic Canada in 2015.

Under Vaughan’s leadership at Loyalist, she made multiple achievements impacting student success and the welfare of all students and faculty.

She created a standalone Honours Bachelor of Science in Nursing at Loyalist.

Vaughan also developed 25 new programs during the pandemic to meet the needs of local industries and allow students to leave the school with the appropriate skills to make an immediate impact in the workforce.

Meshanda Phillips, a student advocate with IGNITE student union, said the team is looking forward to collaborating with Vaughan during her term as president.

“We are honoured to work with Humber’s first female president and are excited to collaborate with Dr. Vaughan on various student-facing initiatives and future advocacy efforts,” Phillips said.