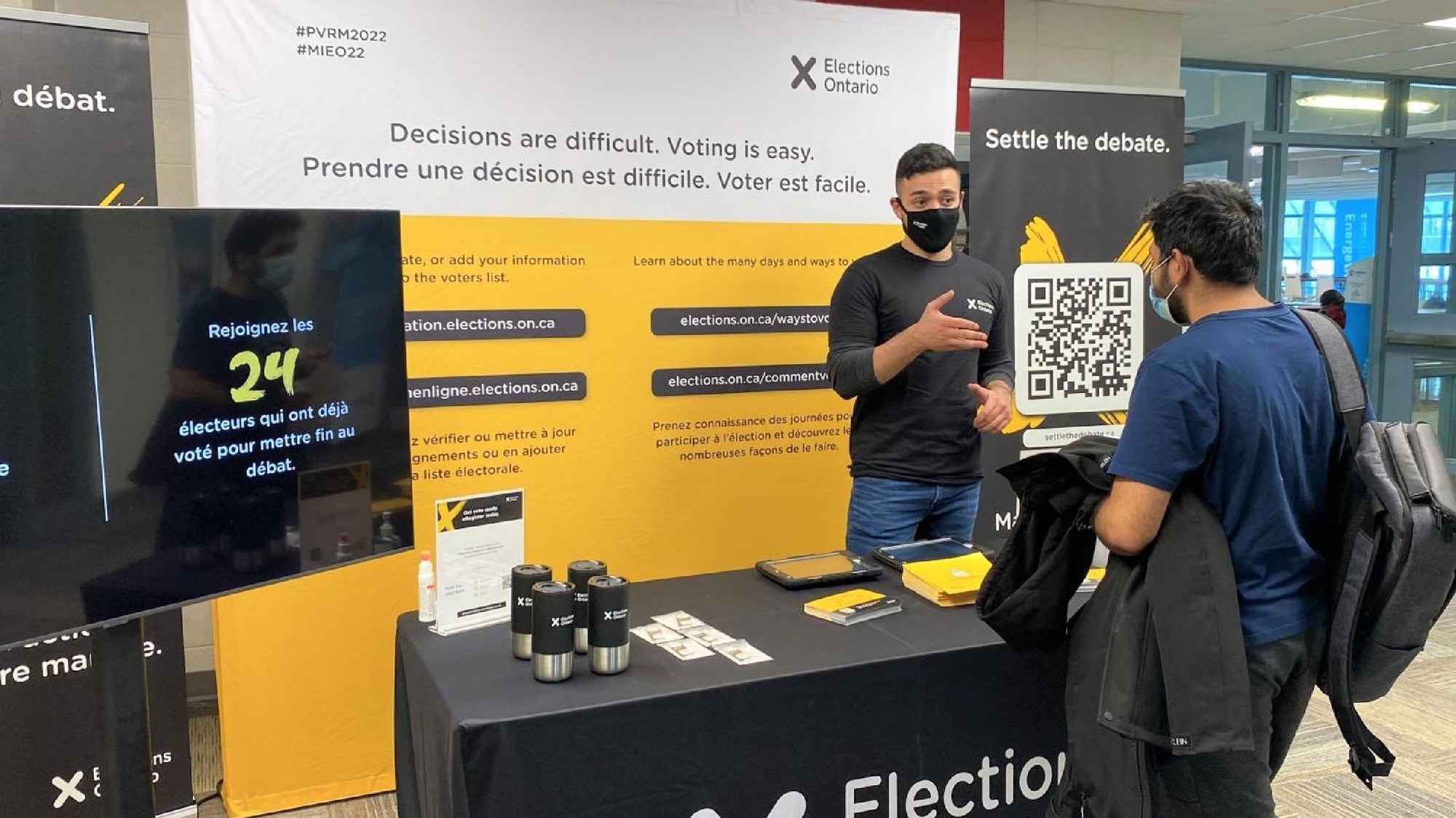 Ontarians feeling uncomfortable about crowded voting stations on June 2 can hit the advance polls now until May 28.

According to the Ontario COVID-19 Advisory, there are an estimated 1,421 active COVID-19 cases as of May 18 down by 284 cases from the previous week.

Registered voters can cast their ballots at their riding’s designated advance voting location between 10 a.m. and 8 p.m.

Elections Ontario told Humber News Thursday that the advance voting period has doubled this election to 10 days from five days in the 2018 provincial election.

For the June 2 election the application to vote by mail has been available since May 4 and must be received by 6 p.m. on May 27.

However, once the application to vote by mail is approved, that will be the only option available to the voter.

Vote by mail statistics were not available from Ontario Elections.

According to Elections Ontario, in the 2018 election, more than 10.2 million Ontarians were eligible to vote but just 56.67 per cent did.

Elections Ontario said voters can expect similar COVID-19 protocols to the 2021 Federal election, except for one big difference.

“Masks will not be required but will be available,” said the media relations officer. “Hand-sanitizer and plexi-glass will also be at each voting station.”

Elections Ontario media relations officer said officials will be seated two metres apart and they will also have access to PPE at all voting locations.

“For the upcoming election, since 2020, we have been working with Ontario’s chief medical officer of health to prepare the right guidelines.”