TALES FROM HUMBER: What I’ve learned throughout my years in creating gaming content 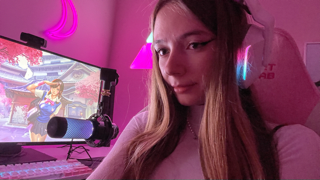 I started gaming when I was around 13, playing them on the Wii and the DS, but as gaming became more popular, I moved onto Xbox and a laptop.

It was then when I was introduced to the competitive world of gaming, which motivated me to play more to improve. When I wasn’t online, I watched other people play games on live streams or videos. All that inspired me to start creating content of my own.

Throughout my years of gaming, I have created content on YouTube, Twitch, and Tik Tok. By doing this, I was able to gain a following and earn money while creating a variety of gaming videos and live streams.

I eventually abandoned my YouTube channel despite accumulating more than 20,000 subscribers, because the game I centred it around no longer interested me.

This inspired me to start my Tik Tok channel for a fairly new first-person shooter game called Valorant, which helped me acquire more than 6,000 followers in four months with just one of my videos, tallying views in excess of 600,000.

This was very exciting for me because I have always loved to make people laugh, and I am now getting the opportunity to do this through my videos.

Although making videos is a great experience, it is not as easy as people make it out to be especially in a world that has been run by men for years.

I have been told to “get back to the kitchen,” or have been called vulgur slurs just for trying to enjoy a game.

Many gamers use the defence that women only get harassed when the perform badly in a game however I have experienced harassment first hand regardless of my skill-level.

When I was younger, I also thought that if I performed better I would be left alone. However even after reaching one of the highest competitive ranks and performing, I am still harassed.

While this can be tough at times, it only motivates me to improve in order to show people that women are just as capable as men are.

Most of the feedback I receive through my gaming content was positive, but there will always be people who dislike your videos, no matter how hard I try to make them appeal to everyone.

This can be hard because it is easy for the small number of negative comments to outweigh all the positive comments. I have received comments on the way I look, my weight, and my gender.

Over time, this became very stressful, especially for someone who already struggles with body- and self-image.

Comments like, “ew, you’re so thin you should eat a cheeseburger,” are the ones that bothered me the most since I have a hard time maintaining body weight despite my normal eating habits.

Other comments focused on their thoughts on females’ inability to perform well in the game even though I am in one of the top ranks. Reading those types of comments made me realize that no matter what I do, not everyone will like me or my videos.

I accepted this because where there is one hateful comment, there are many more positives. There are a few people who don’t like my videos, but many people enjoy my content, and it’s gratifying to know that a silly video could brighten someone’s day.

Some female gamers have said I inspired them to feel more comfortable gaming after I posted a video standing up to someone making sexist jokes.

It’s wonderful to hear my videos help other female gamers, because when I was young, there were no female content creators that I knew of, which made me feel very alone.