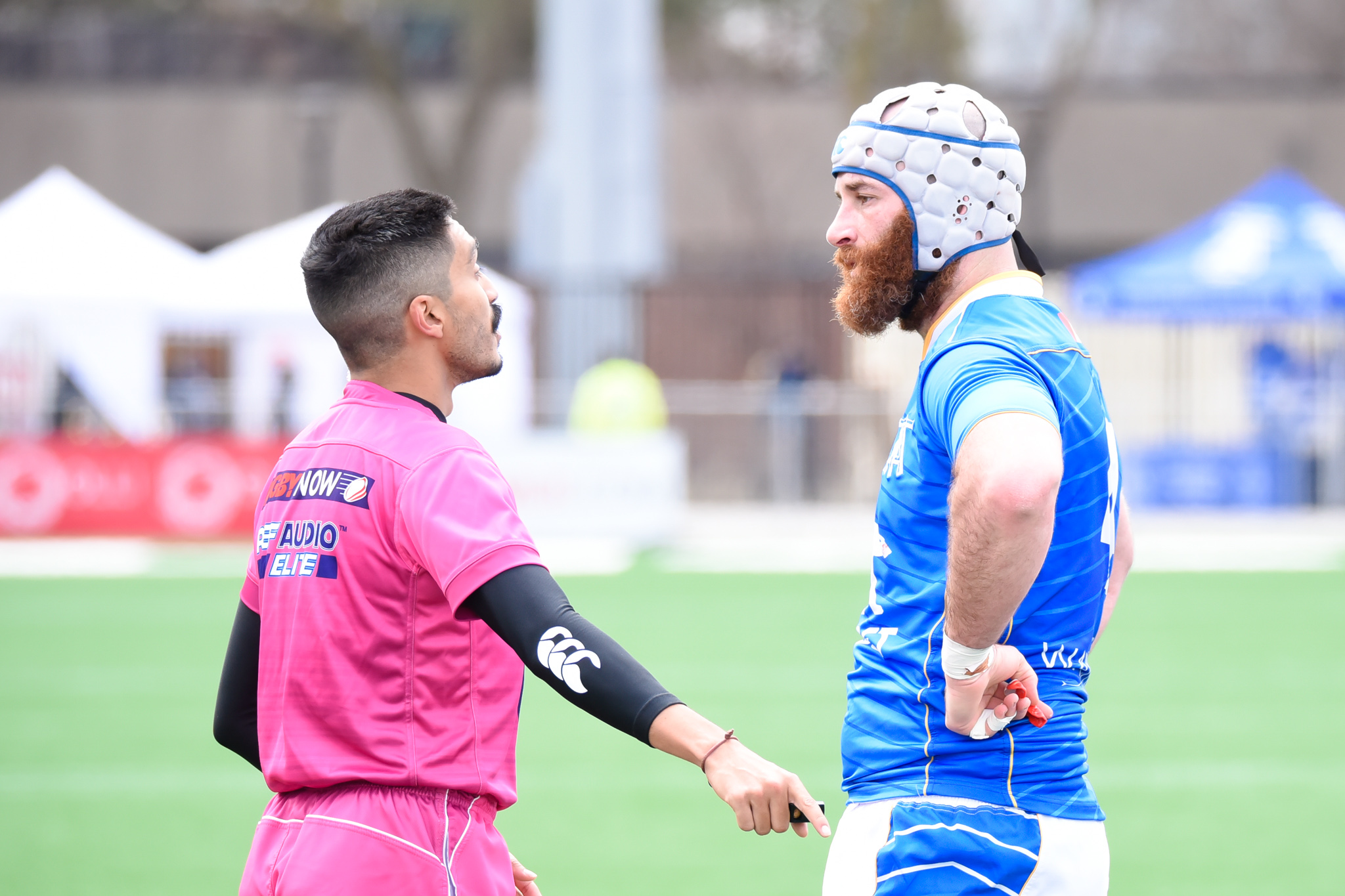 “We’re making games really hard on ourselves,” he said. “Like that was way closer than I thought it should have been.”

“We should’ve won against Atlanta and the week before we snuck by our last away game against New York but still our discipline wasn’t where it was,” he said. “We got a win out of it, so I’m happy at the end of the day just not as happy as I’d like to be,”

The Toronto Arrows Rugby Club has been on a roll winning five of their last seven games as they played their second game in Toronto in more than a year because of the COVID-19 pandemic.

“The boys are a lot more confident and winning helps obviously but in terms of our playing style and our belief in each other that’s come a long way,” said Arrows head coach Peter Smith.

“It was a slower start to the season with a new group of guys together but they are really tight-knit and I think that’s shining into five of our last seven,” he said. 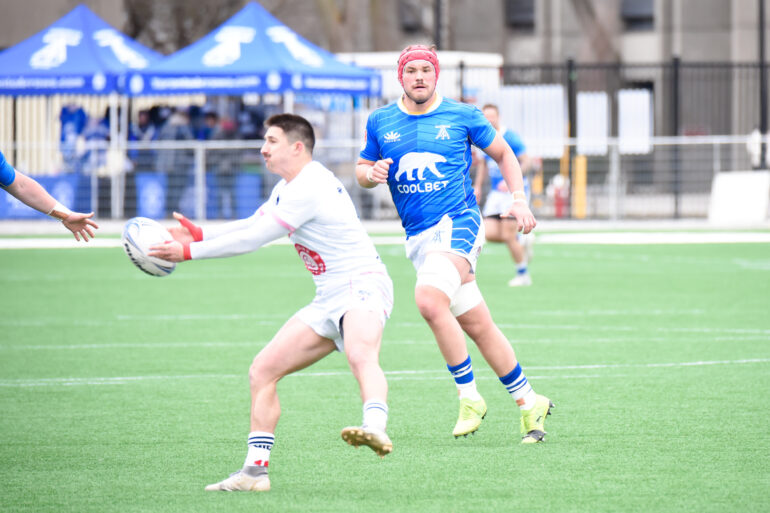 It was the second home game of the season for the Arrows and it had the team and fans happy. Smith said the home crowd made a difference in the game and helped them pull out a scrappy 32-27 win over last place Old Glory DC.

“It helps so much just having and playing in front of our home fans,” he said. “It was tough, that last 15 minutes, but I really truly felt our fans lifted us up another gear and they brought us home so we might be on the other end with a loss there if we were playing away there.”

The Arrows had a tough time against the Washington, D.C., based team, which came firing out of the gates with new confidence that comes from a recent coaching change. The win helped maintain the Arrows’ fourth place spot in the Major League Rugby Eastern Conference standings with a 5-4 record.

“They have ball players,” Sheppard said after the nail-biter of a game. “They know how to play rugby and they can be dangerous if you let them in close and that’s what we did.

“We gave them a sniff and they took the whole thing,” he said. “It’s just crazy how they improved from that coaching change. We play them once more this year so we have to go at them even stronger and be more prepared,” 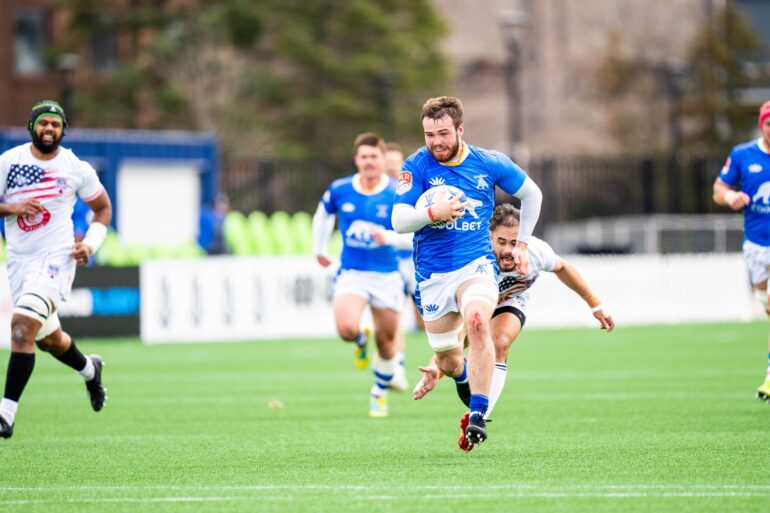 Ronan Foley, Arrows flanker, is about to be tackled in 32-27 win over Old Glory DC in a Major League Rugby match at York University on April 9.

The Arrows are the only Canadian team in the MLR and Arrows lock Paul Ciulini feels the responsibility his team has to Canada’s rugby community to help it grow and develop.

“We definitely feel that responsibility,” he said. “We are the ones moving it forward and getting that brand out there and bringing people to the awareness that we have a Canadian team and we want people to try to excel at what we do.”

Ciulini said kids are going to be the ones that fill the shirts in the future, “so I think it’s really important … we all feel that responsibility.”

The team was established in 2018 when it joined MLR.

During their time in the league, the Arrows’ only playoff appearance was in 2019 when they lost to the Seattle Seawolves in the first round. However, with a new found momentum, the team feels they have a chance to make a deep playoff push.

“We got 14 or 15 guys out so once they come back we’re going to have a pretty lethal team that is capable of beating anyone,” Smith said.