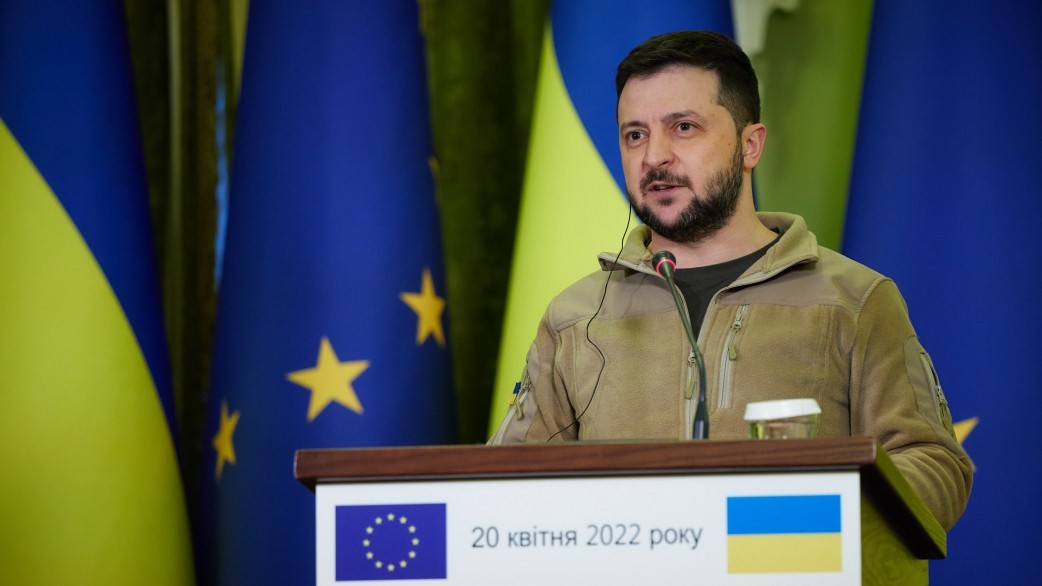 Ukraine’s President Volodymyr Zelenskyy has delivered stirring messages of defiance from the streets of Kyiv and during some of his country’s darkest days.

“Our troops are here. The citizens are here. We are all here, defending our independence and our country, and it will continue to be so,” Zelenskyy said from the streets of Kyiv on Feb. 26, 2022, abating fears of him fleeing the country.

He has stayed connected with people through his social media accounts. His resilience in the face of imminent danger has resonated deeply with Ukrainians and with people around the world.

The 44-year-old was born into a Jewish family in a Russian-speaking part of eastern Ukraine and is a descendent of Holocaust survivors. He studied law but decided to pursue a career in entertainment before turning to politics.

Zelenskyy has risen as a leader of his nation and his people through dark times, inspiring hope and fighting for democracy.

“We are fighting for our rights, our freedoms, for our lives. And now we’re fighting for survival,” he said during a speech to the European Parliament on March 1, 2022.

Before the Russian invasion, public opinion about his presidency was mixed. Now he has risen as an ultimate leader for his people.

Here’s a look at some of the key moments in his political career: