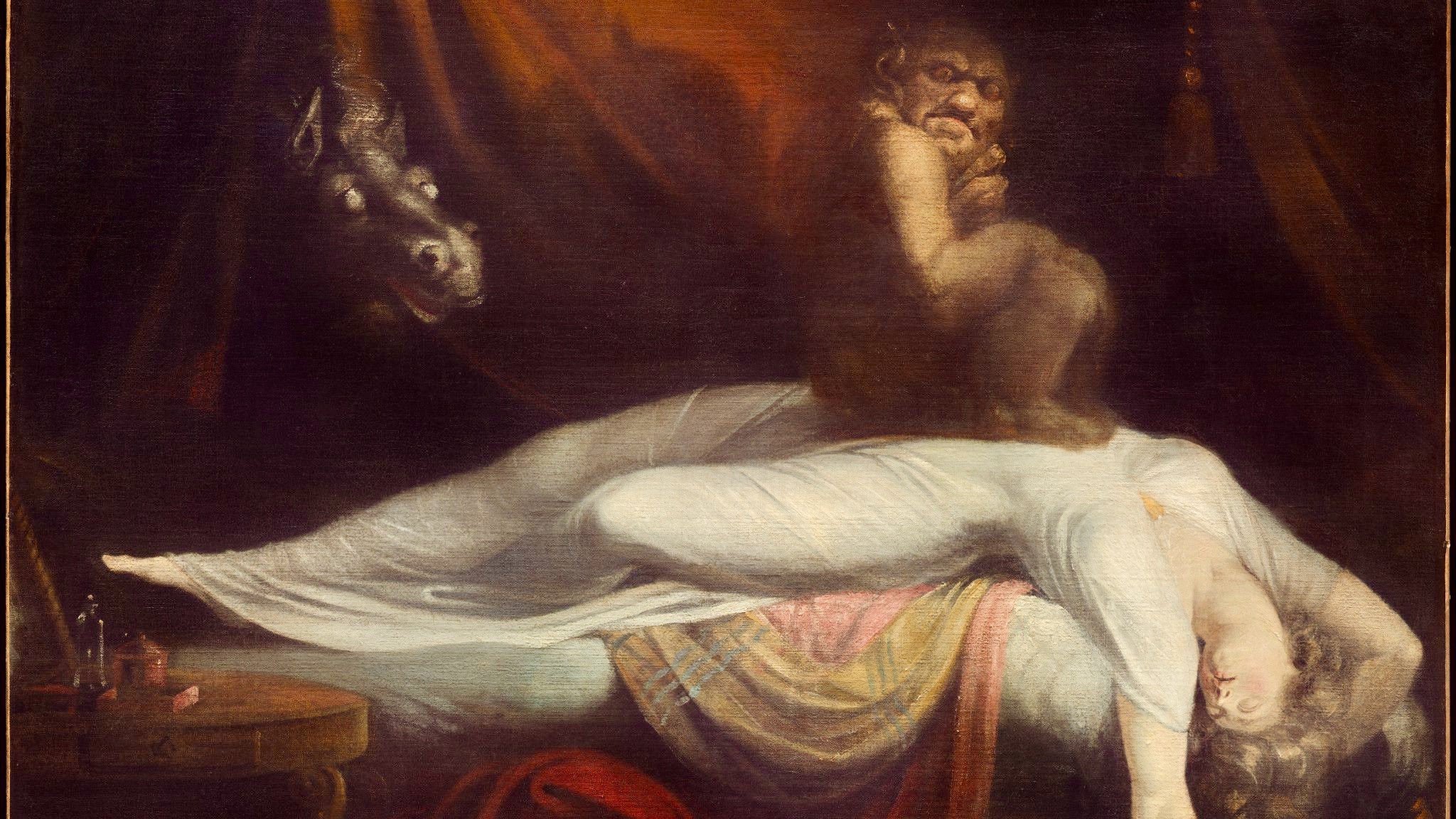 About a quarter of Canadians experience a sleep phenomenon where they’re paralyzed, facing demons, being abducted by aliens, hearing voices or smelling something rancid or something perfumy.

It’s a not a well-understood area of research and the experiences are based on people’s memories and described in very unscientific ways. The Public Health Agency of Canada states that one in four adults aged 18 to 34 are not getting enough sleep and the quality of sleep they’re getting isn’t good either.

Lack of sleep and the lack of quality sleep both contribute to disruptive sleep-wake cycles which can be the underlying cause of sleep paralysis in healthy adults. Sleep paralysis feels like a conscious nightmare where an individual is unable to move or speak while awake.

Researcher Kazuhiko Fukuda found in 1998 that more than 55 per cent of Canadians regarded the experience as a dream-like situation and around 57.9 per cent of them reported to be in the supine position during episodes of sleep paralysis.

Dr. Todd Girard, associate professor and graduate program director in the department of psychology at X University, has been exploring the multiple facets of psychology including the spatial and temporal nature of hallucinations accompanying sleep paralysis.

Girard said the most common experience among individuals is sleep paralysis. Many of those incidents involve hallucinations, he told Humber News..

“Pretty much any form of sensory modality can be involved,” Girard said.

Hallucinations can be divided into four categories: visual, auditory, tactile and olfactory, he said. Visual and auditory tend to be the most common form of hallucinations.

Girard said tactile hallucinations can also happen where the experience moves sight and sound to where they would feel being physically touched or attacked by something unexplainable.

Sleep paralysis has been a topic of interest for a long period of time and has been explained using scientific terms, cultural tales and even using demonic entities. Girard said people’s experiences are the same but culture plays a role in the explanation of the event, such as being terrorized by a demon or being abducted by aliens.

He said the fourth form and the rarest form of hallucinations during sleep paralysis is the sense of smelling something and this is called olfactory hallucination.

“There are a lot of associations between people with different forms of mental illness having higher rates of sleep paralysis but we have not dug far enough to know whether they also have higher rates of the hallucinatory experiences,” Girard said.

Girard and his team have been looking into the associations between hallucinations and mental health in their lab and have come across people, especially students, who have reported their experiences.

Although there is no hard evidence which could explain why some people experience more hallucinations than others. Girard said stress, anxiety and adjustments to changes can be one of the many factors triggering hallucinatory experiences during sleep paralysis.

Girard said students tend to deal with higher levels of stress and have disrupted sleep schedules, which can trigger sleep paralysis and disruptive sleep cycles.

“Undergraduate program students are also one of the highest, most frequent experiencers of sleep paralysis and they tend to deal with anxiety, depression and other issues like adjustments to new place and schedule,” he said.

Sleep paralysis is not life threatening but the experience is scary and unsettling, Girard said.

One way to minimize the feeling of terror is being aware about sleep paralysis and try to breathe in and out during the experience to calm oneself down, he said.

During his research, Girard said he came across people who would try different tricks to break free of the paralysis, such as trying to move fingers and toes to pull themselves out of sleep paralysis and hallucinations.

He said much of the experience happens when people sleep on their backs so changing sleeping positions is another way of avoiding the experience.

However there is still much research that needs to be done to explain the experiences, especially among students.