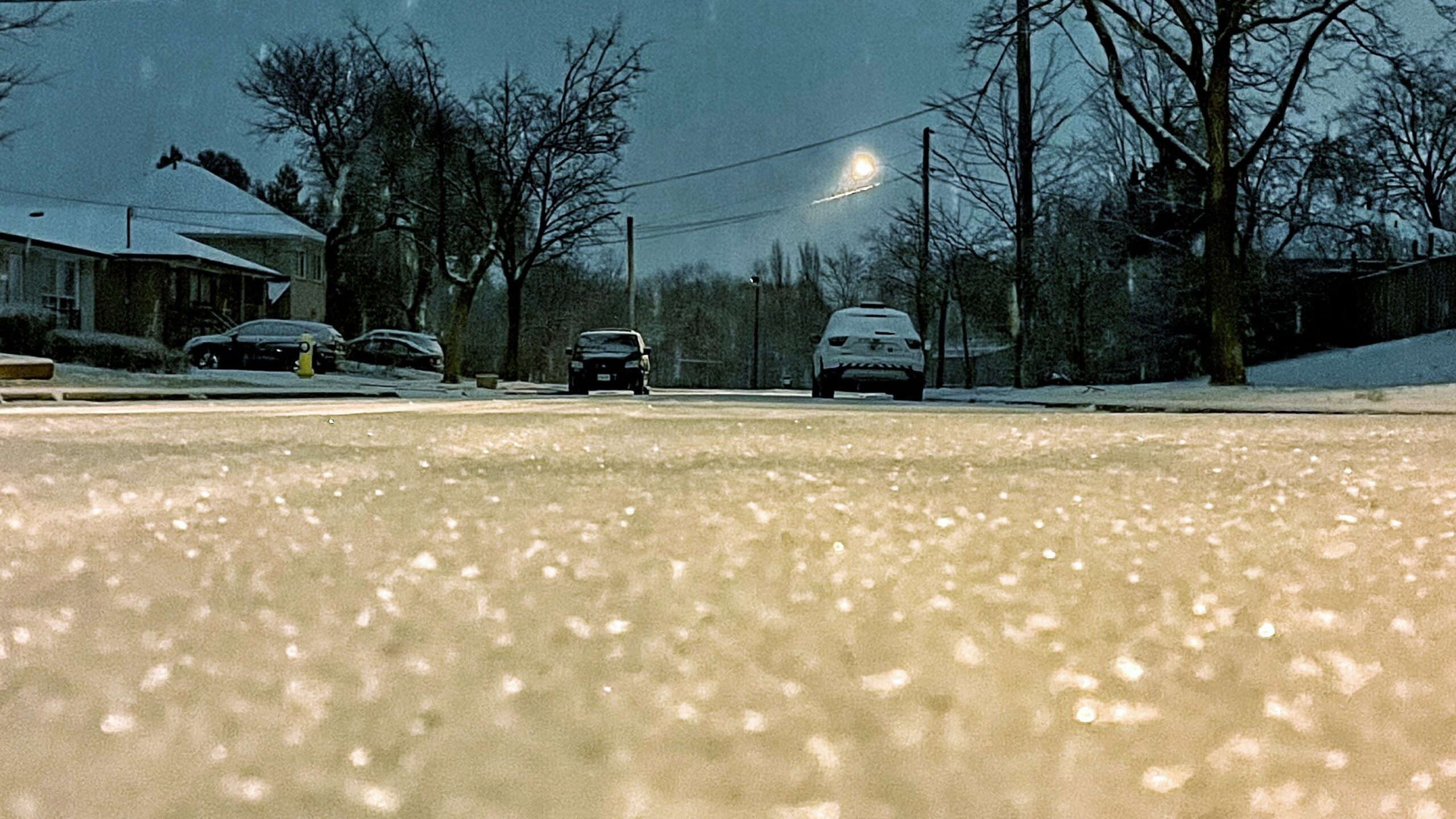 Road salt or chloride pollution is proving to be a threat to the GTA’s urban freshwater ecosystems.

A study conducted by two researchers at the University of Toronto measured the concentration at 214 sites along four GTA waterways — Don River, Humber River, Etobicoke Creek and Mimico Creek — and found nearly 90 per cent of the samples exceeded federal guidelines for long-term exposure of aquatic life to chloride.

The researchers also reported about 34 per cent of test sites show more than one-quarter of all species “may be impacted by their site-specific chloride concentrations, with up to two-thirds of species impacted at some sites.”

The problem is that the about seven tonnes salt Canada spreads annually on roadways doesn’t go away, they say.

Road salt is considered toxic to the ecosystem. It not only dissolves in the air but also dissolves the freshwater, absorbed into plants and then consumed by animals. The City of Toronto purchases up to 150,000 tonnes of salt a year for road clearing.

The Canadian Environmental Protection Act’s Priority Substances List calls for roads to be tested from time to time in order to check their toxicity and risks affecting the ecosystem.

Ryan Prosser, an associate professor at the University of Guelph’s School of Environmental Sciences, said road salt can pose an environmental risk when the concentration in rivers and lakes reaches a certain level.

“‘The dose makes the poison,’ which means that low levels likely don’t pose a considerable risk to freshwater biota, but as these levels increase, the risk to biota increases,” Prosser said.

He said freshwater creatures have evolved to live in water that is not as salty as the fluid on the inside of their body and when the saltiness of the water around such creatures increases, it starts to disrupt several processes in their bodies.

“[They] are already endangered due to habitat destruction, so road salt adds to the problem for these species,” he said.

Steven Corsi, a research hydrologist with the U.S. Geological Survey, said many organisms that are salt sensitive will not survive or will be inhibited in streams receiving road salt run-offs.

“In one of our studies, 51 per cent of the 168 streams that were studied exceeded USEPA (the U.S. EPA) water quality criteria,” Corsi said.

Road salt is affecting endangered speciesin Ontario. The Great Lakes and its tributaries are home to more than 200 species at risk.

The World Wildlife Fund-Canada in a release stated Ontario is the only province that oversees the protection of these waterways and has a responsibility to manage road salt.

Hintz said most freshwater organisms haven’t been exposed to high salinity throughout their evolutionary history, but the high use of road salt is increasing the salinity of the ecosystem and building an ecosystem of salt-tolerant species.

Cary Institute of Ecosystem Studies, a non-profit environmental research organization based in New York, published a reportthat says the continuous use of road salt for years has left high chloride concentrations in surface and groundwater in the environment.

The report mentions that even after taking initiative now and starting using alternatives to road salt, there is a legacy effectof salt in the environment and these concentrations will keep on increasing for decades.

Organizations such as Environmental Defence are working to raise awareness of road salt pollution in freshwater bodies. It has called for top-down level change that includes setting a Provincial Water Quality Objective which would give municipalities something to measure against when monitoring salt levels in local freshwater systems and how these relate to road salt application in the area.

Cary Institute’s report says locals can manage the use of road salt by taking up other alternatives such as anti-icing, calibration of equipment and use of pavement temperature sensors, pre-treating roads with brine and properly storing salt.

It says that over-dependence on salt will take decades to flush and it is a problem handed down to future generations.