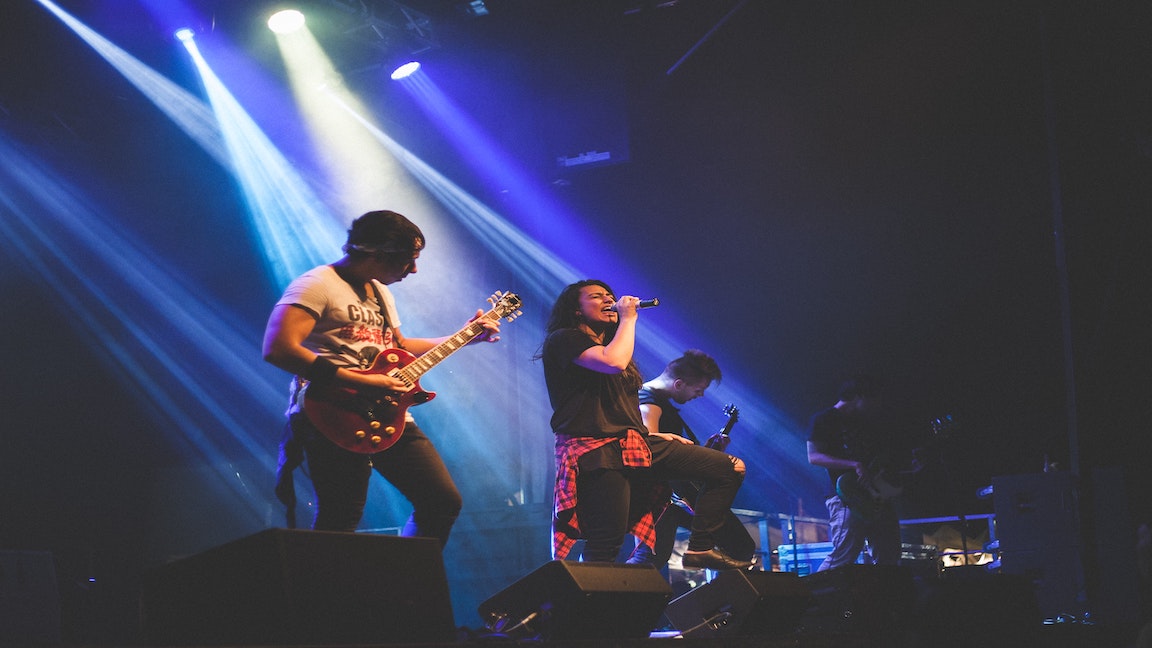 As live music venues continue to reopen, Indigenous, Black and other marginalized live music workers are finding it difficult to fight inequality and have a meaningful presence in the industry.

A study conducted by the Canadian Live Music Association in March revealed that IBPOC workers make up 16 per cent of the total number of live music industry workers in Canada and on average make $11,700 less per year than white industry workers.

Nicole Auger, project consultant with the association, said the reason they pursued the study was because of the little research that existed about the inequalities in Canada’s live music industry.

“From our many conversations with artists, organizations, and members of the live music community, we again and again heard the urgent and critical need for data, statistics, and narrative,” she said.

Toronto-based musician Nikhil Patel, who uses the stage name Neikoh, identifies as Indian and said he briefly did live shows but felt a disconnect between how much he was getting paid based on the number of shows he would do.

“I wish it was better. I wish I could focus on music full-time but with the payout being the way it is, I have to take on a full-time job,” he said.

“It leaves me with less time for my music.”

Andre Anthony, a Toronto-based rapper, who uses the stage name Dré Anthony, identifies as Black and said he has experienced many barriers throughout his time as a musician.

“I feel like I have to work ten times harder than white workers in the industry,” he said.

“Sometimes it would be welcoming to consistently see a venue owner who looks the same as me.”

As an independent artist who rebranded himself and his music last year, in the beginning, it was challenging for Anthony to return to the same level of success prior to the rebrand.

“Sometimes I felt like the deck was stacked against me,” Anthony said. “Sure, I used it to fuel my music but at the end of the day it was still something I had to go through, and at the time believed I shouldn’t.”

Erin Benjamin, president and CEO of the CLMA, said in a statement to Humber News that she wasn’t surprised by the findings. However, the report provides a larger purpose for its effect on the music industry.

“With this report in-hand, we can—all of us—accelerate and make every effort to rid systemic inequities from our industry, prioritize and fight for the change that the report calls for, that we know we need, that we know is right,” Benjamin said.

One of the calls the report outlines is to consult with IBPOC artists, organizations, and community members regarding the limitations and complex issues related to genre categorizations.

Patel wholeheartedly agreed with that specific call as his music has been miscategorized before. However, he notes that a change like that can offer more diversity in selection processes.

“I think this way a lot more music and musicians can be considered in program applications and the like,” he said.

“I know for me if something like that happens then I wouldn’t feel confined to a genre, because as a musician I’m not simply a rapper.”

Auger said beyond presenting potential solutions, the goal of the study is to make policy recommendations that can in turn help to close the gap in representation and inequitable experiences in the live music community.

Curtis Hagan, a Toronto-based rapper and producer, started an independent record label along with Patel called Brothers Over My Blood for the purpose of collaborating with different musicians and providing more representation through the released music.

“Through that label, we’ve worked with so many different musicians,” he said. “Not just in Canada, but all over the world.”

Regarding the CMLA’s study, Hagan said that it sheds a light on inequity that has gone on in the live music industry for a long time.

“It’s alarming,” he said. “As a white independent artist, the music industry is tough. However, as someone who identifies as IBPOC, it must be ten times harder.”

“The findings and experiences shared within the report can – and should – be read by any member of the public, as well as employees/organizations across any sector.”

Anthony hopes that the necessary changes are made to the live music industry and that decisions are made with the study in mind.

“Some people who are Black like me want to work in this industry and they should be given the opportunity to do that,” he said.

“As a promoter or in a leadership position, I hope the barriers get taken down.”

Patel agreed with Anthony and said that he hopes the study can inspire more trust and increase access within the industry.

“The partnerships detailed in the study like ADVANCE, I think, can be a great avenue to grow relationships for others in the industry,” he said.

“I find with partnerships, there are people who have your back and share the same vision as you.”

With the release of the study, Auger said that it’s a significant step forward in helping to close the gap on knowledge concerning inequalities in the live music sector and she hopes that everyone takes a look at it.

“It is so crucial that everyone take the time to read the full report.”