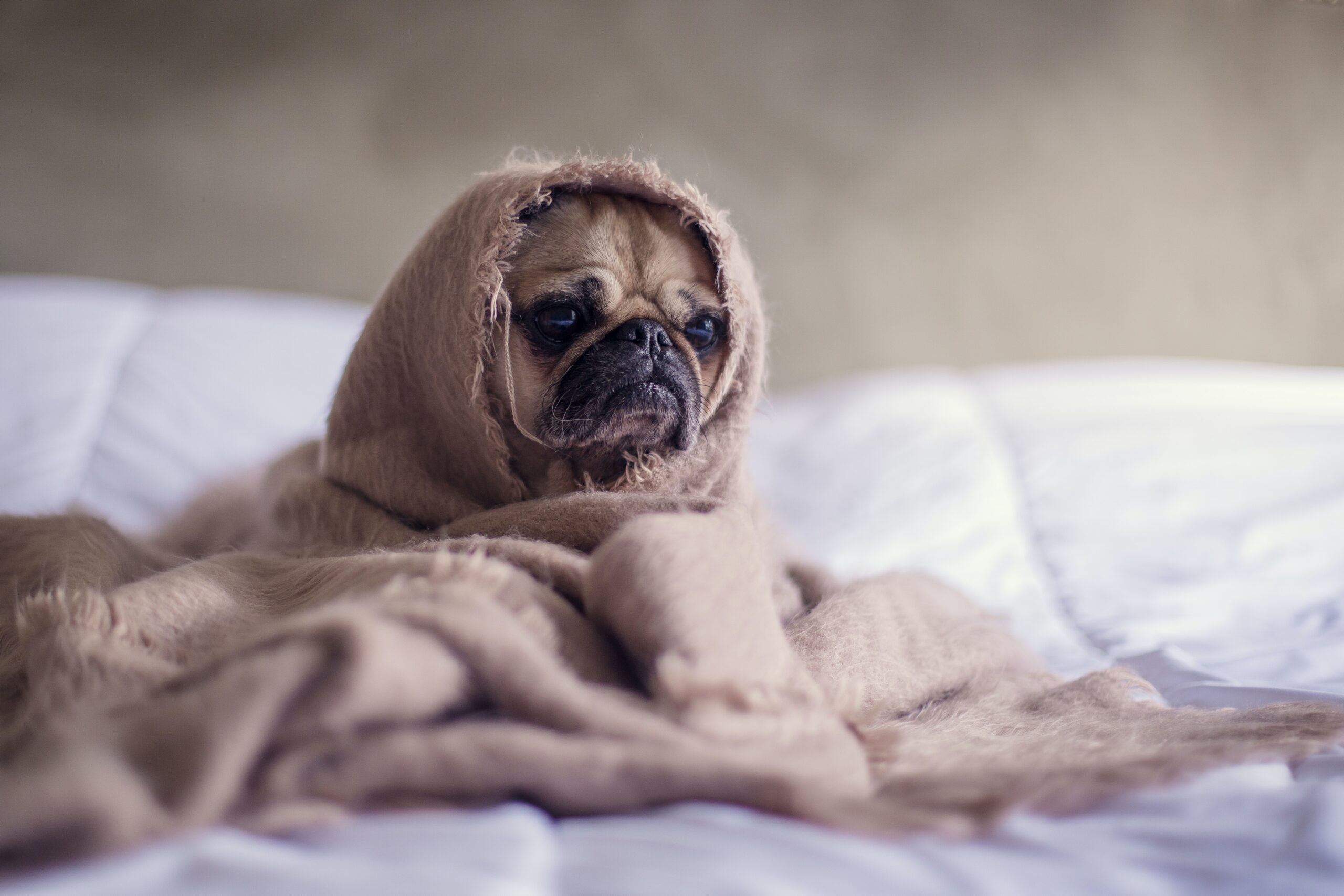 As more people in Canada are going back to in-person work, their pets are struggling with separation anxiety, experiencing being home alone for the first time.

“We are seeing more dogs coming for assessments that either suffer from separation anxiety or are undersocialized with either people or other dogs,” Carolyn Hatfield, the owner of The Canine Social Company Ltd. told Humber News.

During the COVID-19 pandemic thousand of people adopted or got pets in Canada to keep them company while working from home. Now with life slowly returning back to the pre-pandemic way, they are trying to help their pets slowly adjust to their owners not being home 24/7.

Hatfield said they have been seeing more demand for their dog daycare as more people are going back to the office, and don’t want to leave their pets home alone.

“We are also seeing dogs returning to the daycare that attended pre-pandemic and now are suffering from anxiety and socialization issues that we didn’t see from them before,” Hatfield said.

Hatfield said that with so many pet owners being able to work from home, separation anxiety is very common among them.

“Dogs are used to having someone around with them through the day, either being left alone or in someone else’s care we are seeing dogs that are nervous and uncertain,” she said.

Hatfield added her company’s daycare is now having to reject more dogs due to their behaviour.

She said that helping pets get through their anxiety “is a tough one,” and added that one of her own dogs also went through it.

“We approached it by starting off leaving him for only one minute and slowly increasing the span of time he was left alone. He also has a special toy that he gets when we leave that is filled with all of his favourite treats,” Hatfield said.

Nicola Smith, the owner of a dog walking service in the city, We Wag Toronto, suggested practising crate training and leaving them things that are engaging for them, like frozen treats for owners that need to leave their pets with separation anxiety home alone.

“It is helpful for a lot of dogs just because this will help them to not be disruptive when the owners are gone,” she told Humber News.

Smith suggested starting slow, and gradually increasing your pet’s alone time until they get more comfortable.

“Leave them for like just five minutes even, and work your way up. Don’t just all of a sudden leave your dog for a whole day,” Smith said.

She said since more people are going back to in-person work, her company is seeing extremely high volumes of requests, but they have to keep their walking groups small.

“Most of our groups are not going over three dogs now,” Smith said, where normally their walks would consist of four dogs.

“There are so many young dogs and they can’t walk that great together yet, and there’s just a lot of pandemic dogs,” Smith said.

She added that because of the pandemic dogs, they are leaning a lot toward solo walks as well.

“There’s a lot of behavioural issues that we’re seeing now, which is why we’re doing a lot more solo walks than normal.”

“We’ve had multiple occasions where we haven’t been able to take on a dog just because they needed to see a trainer before they came to start a dog walking,” she said.

Smith said that owners should reach out to walking companies and trainers before they go back to work and give their pets time to get used to people coming into their house and taken out.

“Because if they’re waiting till the last minute when they have to go back to the office, they might not be able to get a dog walker. Because if their dog is not socialized enough to the point of being able to leave with somebody, it presents a big challenge,” she added.

She said that they had some occasions where the dogs would act out of fear, or protectively and don’t leave the house at all.

“They are so stressed out, and they don’t know what’s going on,” Smith said.

Smith said separation anxiety is now very common to see in pandemic pets, while before they would mostly only experience it with rescue dogs.

Gabriele Barbieri Pinaffi is one of the many people in Canada who adopted pets during the pandemic.

“We decided to adopt Nyx and Amber because my office put us to work from home in March 2020, and the cats were a fantastic company during the weekdays and weekends that I had to be home by myself,” Pinaffi said.

Pinaffi and her husband adopted two kittens, Nyx and Amber in December 2020. 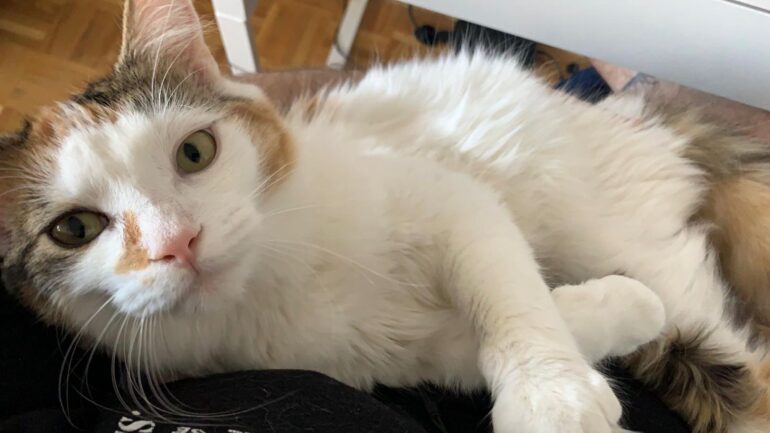 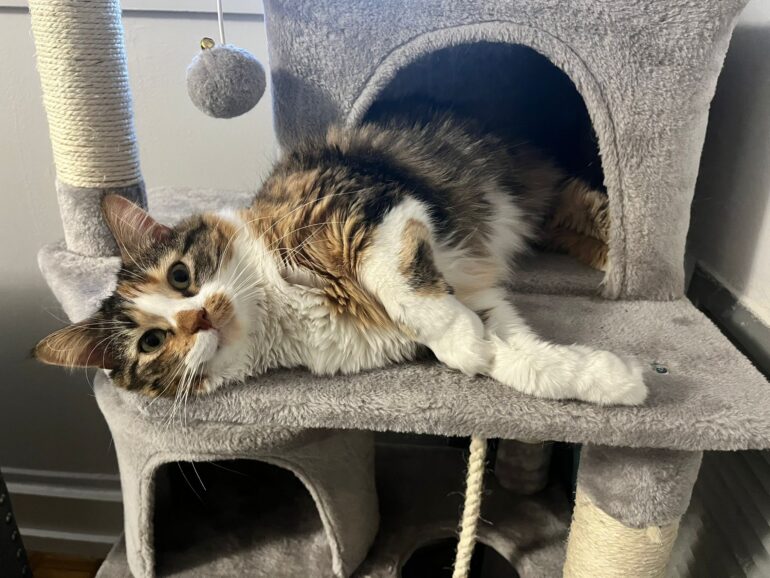 “Unfortunately, Nyx was born with a heart condition and lived only one year and a half with us. She passed away in February 2022.”

A couple of weeks ago, Pinaffi adopted another cat, Deacon, to keep her other cat Amber company when no one is home with them. 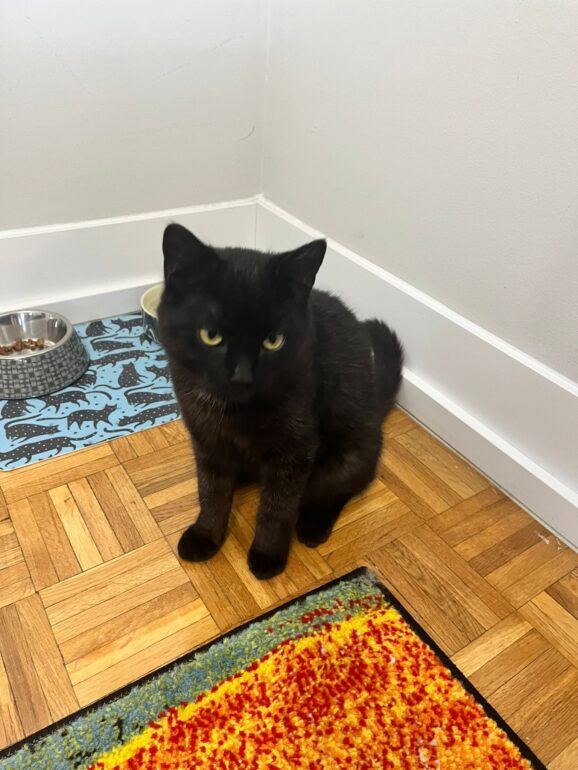 However, even with each other her cats still experience separation anxiety.

“We notice that every time we go out, once we come back, they meow a lot and ask for pats. They usually stay closer to us and walk between our feet for a while to show they’ve missed us,” Pinaffi said.

She explained that the most effective way for her to deal with her cats’ anxiety has been by talking to them and giving them treats and pats.

“We try to talk to our cats before going out, telling them we are leaving for a while, but we will get back soon. After coming back, we give them treats, so they feel that our absence was not a bad sign,” Pinaffi said.

“Every pet owner should stimulate their fur babies with those actions to help them understand that we do not leave them alone because we don’t like them, but because we need to, and we will always come back to them.”