OPINION: Time to break from weapon manufacturers, the puppeteers of war 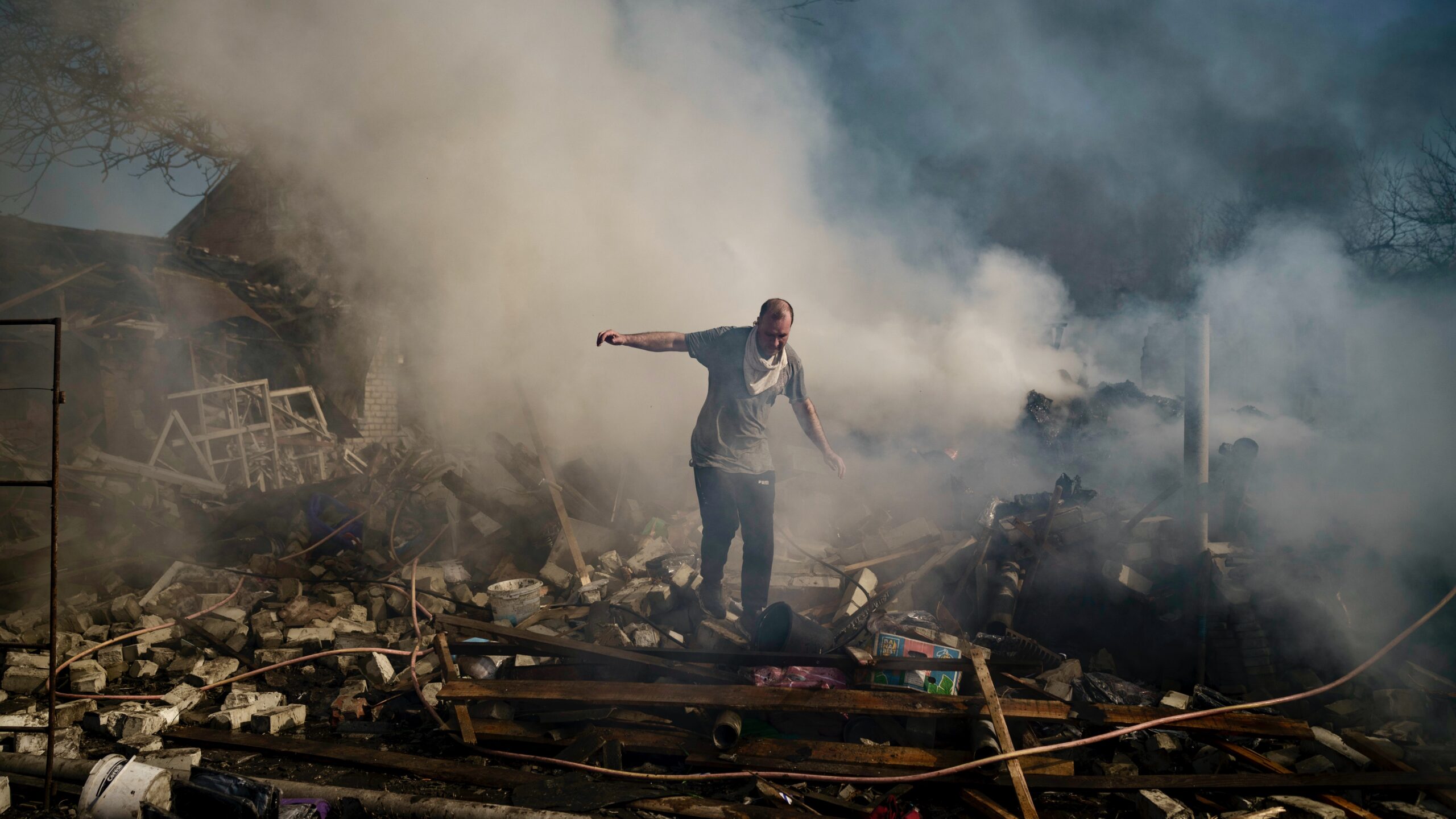 The winner of a war is the bullet that plows into an unarmed mother holding her child, a bomb that shatters a city into oblivion.

Aggressor, target, victim. We’re seeing that in Ukraine, Yemen, and Ethiopia right now. However, the silent winner will be — and always has been — weapon manufacturers.

Butler had a successful military career that spanned wars from the Philippines to Europe during the First World War. But he was left disillusioned.

After decades spent pursuing a fabled red, white, and blue justice, he awoke one day to find his fellow veterans broken, left to follow a cruel bread trail to nowhere.

At the time Butler was the most decorated Marine in history so it must have been a cold realization that his medals were smeared with the blood of innocents. He’d been fighting for nothing but to add to the field of corpses and enrich a few faceless men.

These are the same faceless men Dwight D. Eisenhower — another distinguished U.S. general who led the fight against the Nazis — had warned so frantically against.

U.S. President Eisenhower’s 1961 farewell address to his fellow Americans had one message: that there was a great danger looming around democracy’s throat.

The military-industrial complex, he warned, with its growing influence and fundamental challenge to peace, he feared his United States was becoming a country constantly ready for war — tied down to it.

America’s largest contractor for warplanes Lockheed Martin in January 2022 predicted its revenue for the year at $66 billion, a huge jump from 2013’s $45 billion yet still its stocks dropped.

That was before the war in Ukraine broke out. Suddenly stocks rose by 25 per cent in 2022.

Raytheon, America’s top missile manufacturer, won a $218 million deal to supply AIM-9X missiles in 2022. It secured another deal in early April with the U.S. Navy to produce AN/SPY-6(V) radars for $651 million, a deal that with all conditions met could rise to $3.16 billion.

In 2021 it was also the principal contractor in a $650 million arms deal with Saudi Arabia.

In reaction to the events in Ukraine, countries that have strayed away from militarization for decades, Japan and Germany, among many others, have begun steps to plunge themselves back into the fold.

A massive $110 billion for Germany’s militarization, while Japan is moving to spend $8.6 billion to continue hosting 56,000 American military personnel.

Even a seal would have sat flustered in defeat after it heard the clapping that roared from every corner of the United States House of Representatives on March 1.

Leathery-skinned politicians embraced one another in solidarity, their tailored suits hosting the latest symbol of support on lapels, a rectangular blue and yellow flag. They almost forget they aren’t the ones dying on the leveled streets of Ukraine.

They never really forget, in fact, it’s very much the latest flavour of the month. Yesterday it was Syrians, today Ukrainians, and tomorrow some other. War is everlasting as long as the gluttonous military-industrized complex continues to operate.

Our world leaders act with the bravado only empires from the west and east can offer.

Watch our young die and our old mourn. Weapons only offer the promise of more weapons, and guarantee more slaughter.

Anything that does not call for peace is death.

Yes, one side is always the aggressor, this cannot be denied. We cannot continue the cycle, we cannot further the death count to aid the pockets of arms dealers.

If we want to save these places from being unjustly invaded and wiped out, we need to save them now, not when there is nothing left to save.

The globe is changing, but for what end? The weapon manufacturers and the barking warhawks certainly hope they can keep their stranglehold on fear.

The rows of bodies that decorate all war-torn hellholes are enough, a call to save all that is left must be made at all costs. Peace shouldn’t be dismissed as an impossible dream of hopelessness.

Nothing should result in the normalization of a world of civilian killing drones and all-powerful mass killing armies.

World powers should use their might not for further tensions but for constant peace talks. Countries should be encouraged to collaborate, not compete, and fantasize about empires.

A hyper-militarized world is void of sunshine, it’s a cold grey abyss.

The voice of peace, the youth that once took to the streets protesting the proxy war in Vietnam, where are you? Don’t you know, we need you now, as a song said so long ago now.

It may seem hopeless to fight against the monster of war, it is so closely tied to our history after all. But how could I watch the horror of Yemen, the bombing of Somalia, the destruction of Ukraine, or the tears of Palestine and simply call for more?

I’d have to stop being human.