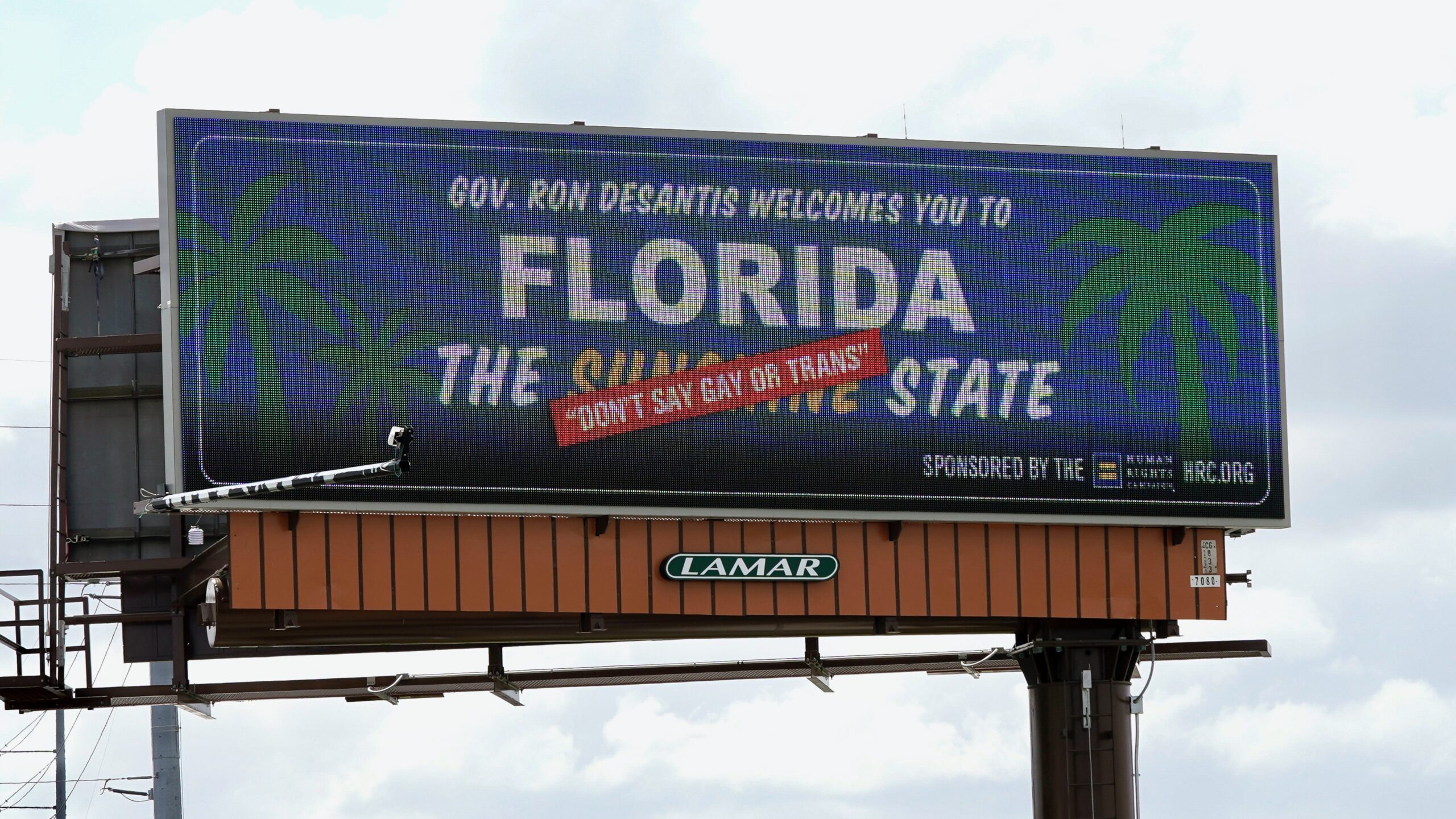 Society is something that’s constantly changing and moving forward, but this new bill passed in Florida could be an example of a car “jammed in neutral” as it goes in reverse.

Florida Gov. Ron Desantis brought the “Parental Rights in Education” bill that bars any or all instruction on sexual orientation and gender identity from kindergarten through the third grade.

Critics of the law gave the bill the nickname the “Don’t Say Gay” law.

Republicans and Democrats have thrown their respective two cents in on the new bill, but this once again creates an uninvited and unnecessary moral panic that this puts the LGBTQ+ community in the crosshairs.

Some Republicans said parents should talk about these subjects with their children, while some Democrats said the law demonizes the LGBTQ+ community by excluding them from the lessons.

The law allows parents to sue teachers if there’s instruction that isn’t age or developmentally appropriate. Because of that, most teachers will probably just avoid the discussion altogether.

Some parents don’t want these types of things to be taught to their kids at a young age is understandable, but parents also must remember the society they grew up in isn’t the same as it is today.

The LGBTQ+ community is far more diverse and a more frequent topic of conversation. There’s much more influence behind that movement and the community with it than some would realize.

The community has expanded into several areas of outreach, from helping those struggling to come out and homophobia, to planning a month that’s devoted to Pride. This is and has been a regular part of society as it continues to grow.

But these are people too.

Those who perceive the bill as an attempt to eliminate the LGBTQ+ community from the conversation, or to make kids grow up not knowing where their sexuality lies, can’t be faulted for thinking this way.

A poster called “The Genderbread Person” was used during the introduction of the bill. The poster was developed to help students learn about and distinguish between anatomical sex, gender expression, gender identity, sexual attraction and romantic attraction.

Desantis said that the poster “sowed doubt” in the minds of kids, and it gave them the impression that “they could be whatever they wanted to be,” a rewording of the debunked hypothesis that being gay is an option.

Legal action has been launched against Desantis, who remains unfazed, adding that teachings of this kind “aren’t allowed in Florida.”

He has also declared war against Disney, who stands against the bill, by signing legislation that could spell the end of its special privileges. It’s punishment for standing up to a bully invoking unnecessary panic.

One would hope some common ground could be met in an agreement, instead of invoking moral outrage about being gay, making it a word that can’t be uttered, and even making the LGBTQ+ community seen as being undeserving of respect.