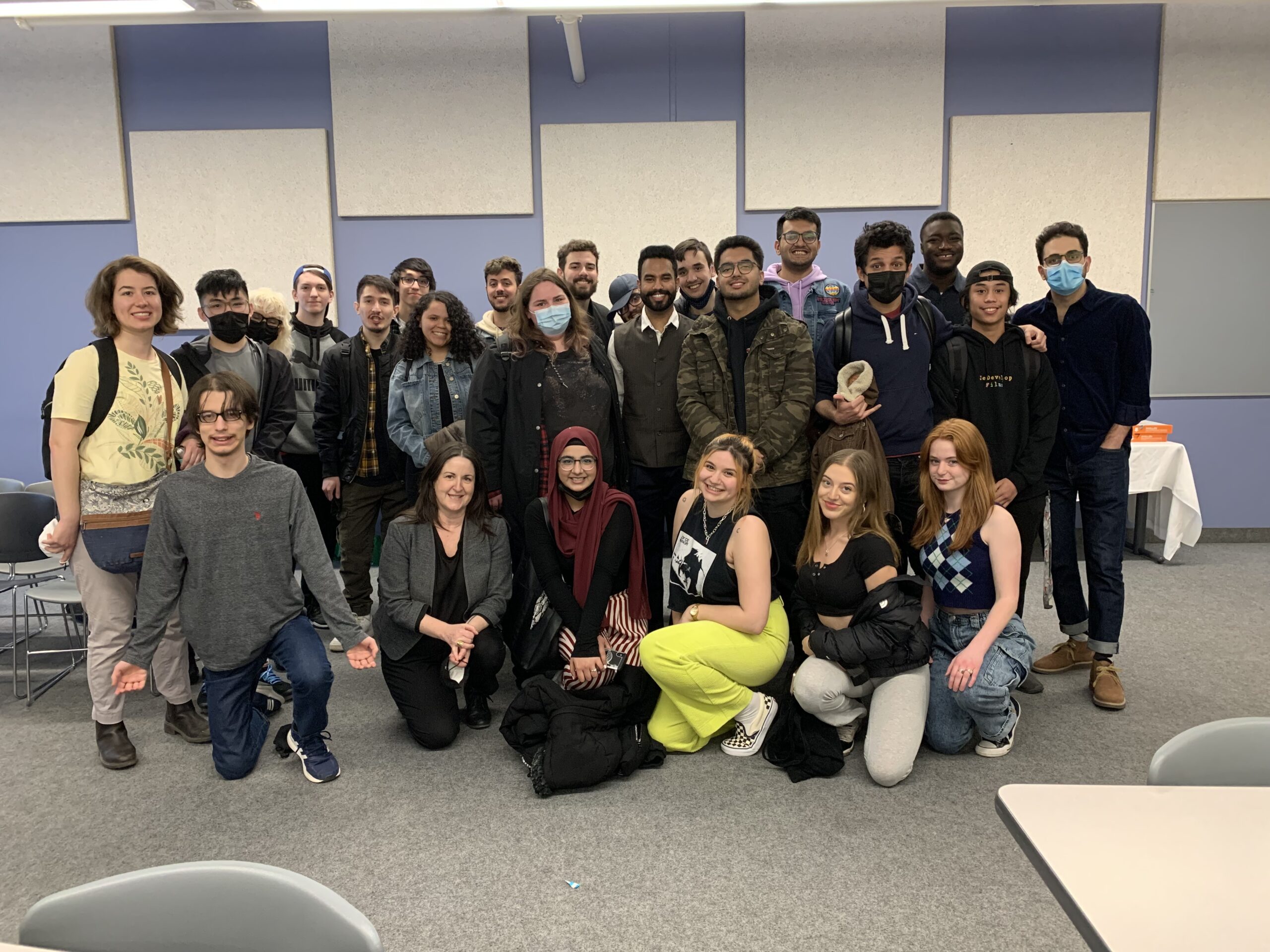 With Humber’s school year coming to an end, Media Foundations students assembled one last time to watch their final projects.

Throughout the one-year program, students produce everything from logos to short films.

The product was something students and professors alike were all delighted to see.

They wrote the script as a way for them to express the struggle they face when asking for help, and thought creating the short film was a way to “come to terms” with that for themself.

“No matter how many problems you face, there’s always a solution to it,” he said.

Overall, many of the students had their fair share of obstacles when it came to producing their projects, but that’s what they say the program is all about.

“I think everybody individually had their own little crisis moment, but they all face their own individual challenges. But at the end of the day, we got the job done. I think we’re pretty happy with the result,” said Gavin Taylor, director, writer and producer of “Flip-side,” a coming-of-age story.

Although the Media Foundations program focuses on honing the skills needed to work with multimedia, some students say the program has also played an integral part in their friendship building.

Jaskanwar Singh is an international student, and among his peers is one of the oldest in the class. “I never felt like I was with some immature students who were not inclined to study, or they just wanted to come to the class and just get it over with,” he said.

“I saw a lot of professionalism here. I made a bunch of really good friends. Despite the age gaps, I was really happy that I met some really not just good-looking but good students with good hearts as well,” said Singh.