“It’s a genocide:” Kyiv’s mayor speaks to Toronto City Council about the war in Ukraine 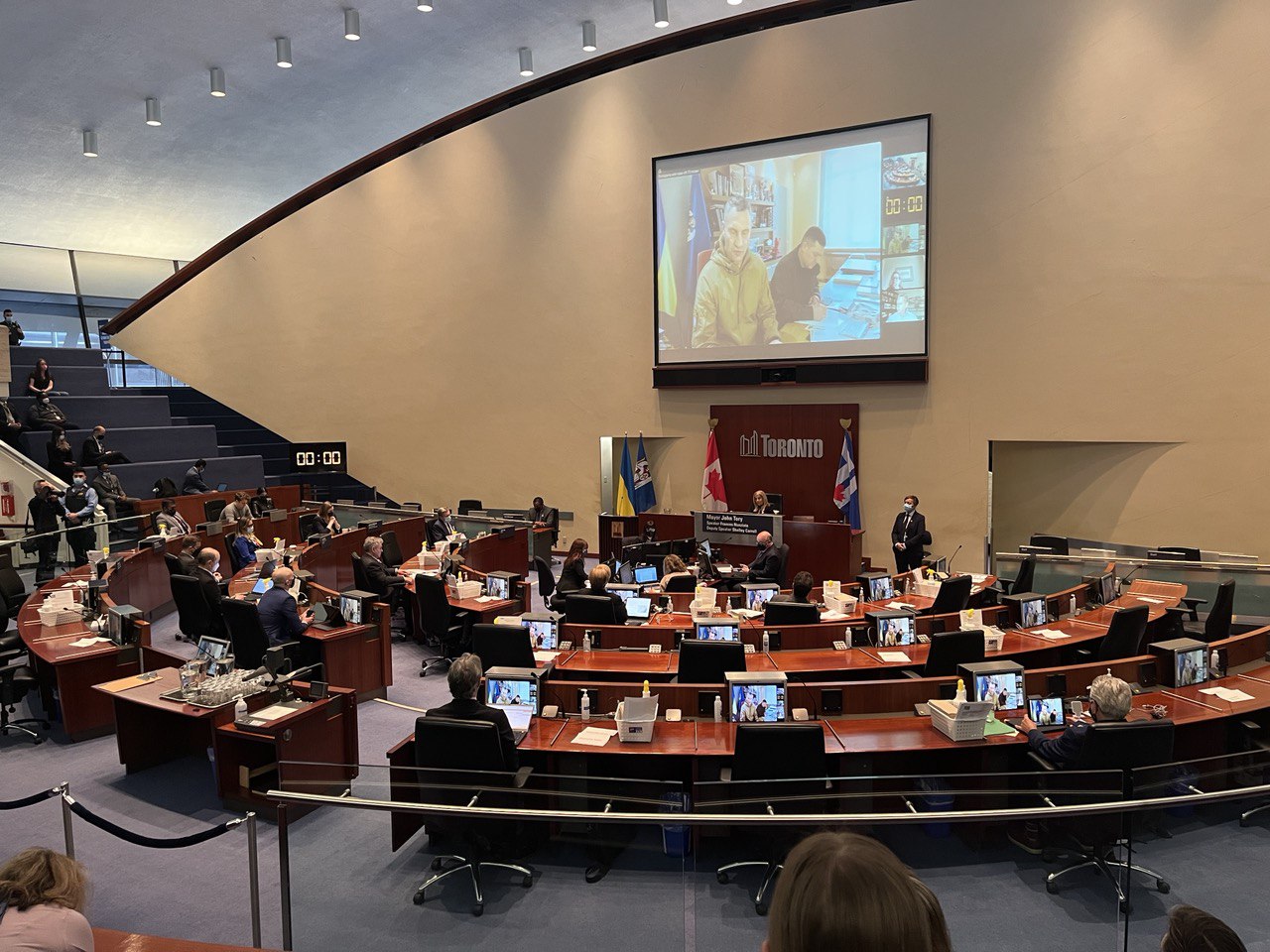 Vitaliy Klitschko, a mayor of Kyiv, the capital of Ukraine, made a virtual appearance before Toronto City Council Thursday morning.

Klitschko told his Toronto counterparts that over 100 civic buildings in his city have been destroyed, and more than 100 civilians have died.

He said he knows of four children who’ve been killed in Kyiv, and another 16 in hospital in critical condition.

He said the cities surrounding Kyiv, including Bucha, Irpin, Hostomel, and Borodyanka are among the worst hit.

“Not a single one stayed there without damages,” said Klitschko.

“Putin is sick,” said Klitschko. He added he thought “no normal human” would order such tragic events to happen.

Klitschko said he’s thankful for the political, economic and humanitarian aid that Canada is providing Ukraine with right now.

He says he remains stays optimistic about the situation and looks forward to the victory.

“We expect a peaceful solution,” he said.

Mayor John Tory told council Toronto stands in solidarity with Ukraine, with its people, and with Ukrainian-Canadians.

“I decided to sacrifice my class to see a meeting with those leaders,” he said.

The second-year Hospitality Management student said he felt “pride and some uniqueness of this event.”

Bobrovskyi moved to Canada to study at Humber in September. He says his whole family is from Kyiv, but they moved to Bila Tserkva, approximately 80 kilometres south of the capital.

“I am Ukrainian and this is the main point,” said Bobrovskyi.