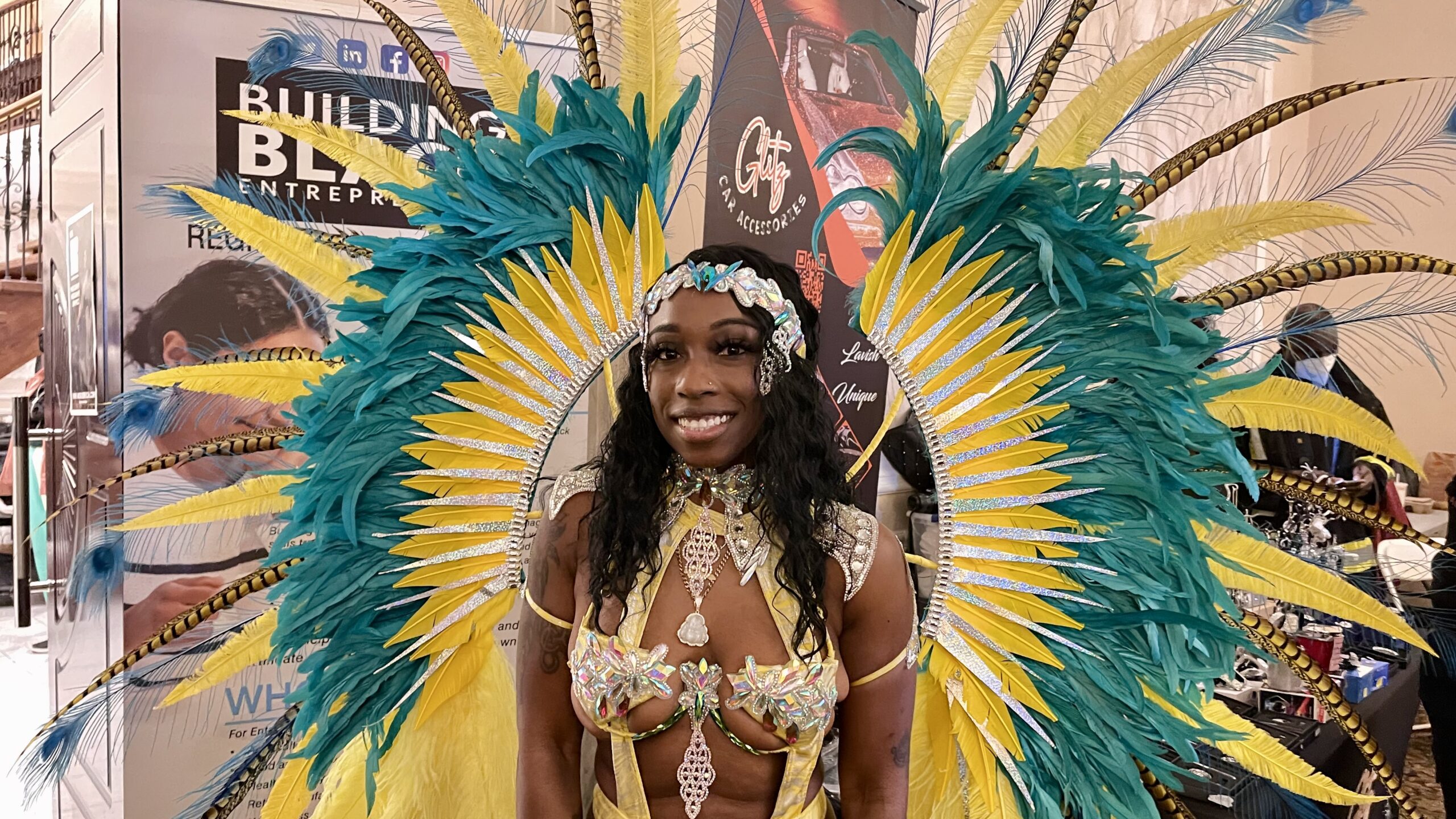 “I made sure I was the first woman to have a band, the first Jamaican band since 2006, and the first band to launch before the actual season, since I wanted to honour women this month,” she said at the band’s launch on March 20 at Chandni Convention Centre in Brampton.

The unveiling was part of the buildup for this year’s Toronto Caribbean Carnival, which begins July 24 with calypso showcase and then July 28 to Aug. 1 for the main events.

Grant, who was the powerhouse behind the entire unveiling production, said her idea to launch her band was influenced by her many years at Carnival and to escape the struggles she faces at work.

“I have a 23-year nursing career and when I decided I would embark on this entrepreneurship journey, it was about emancipating myself from the ‘chains and slavery’,” Grant said.

She said because of the challenges she faced daily as a Black woman, especially in her field, creating the band was her way of escaping the intersectionality she faced.

“Building an organization is a lot of work, and the most challenging part is getting a male’s perspective without threatening the man. They think they know it all and have all the answers,” she said.

Laverne Garcia, chair of the festival management committee, said Grant had “a lot of vibrancy and innovation.

“This is very important for us at Toronto Carnival because we use it to express ourselves through music, dance, and food,” she said.

The banquet hall hosted Grant’s vendor market and mas band launch with more than 300 visitors who watched men and women parading in their bright feathered costumes on a catwalk fixed in the centre of the venue.

“Building an organization is a lot of work, and the most challenging part is getting a male’s perspective without threatening the man. They think they know it all and have all the answers,” Grant said.

But for the single mother, the intersectionalities she faced did not deter her from submitting her application to be among the list of male bands that will be present at the festival this year.

“The festival management committee has been absolutely amazing and I am very grateful to Christopher Alexander and the committee for trusting me and my vision to later approve my application,” Grant said.

The entire production at this launch highlighted talented Black women in business.

Shaquilla Whittaker, a student at Humber College’s Lakeshore campus in the child and youth work program, said she’s very proud of Grant and all the women in the business.

“When I saw her post on Instagram, I was happy to take the opportunity for the exposure and use it to be in a space where I could showcase my work,” said Whittaker, who sells women’s accessories and jewellery.

Also, what would Caribana be without rum and juice? There were two vendors who were the talk of the event for their mouth-watering beverages.

Chantelle Karam, a Humber Law Clerk grad, and the owner of Meraki Mix, said Carnival is nothing without rum and punch-infused drinks, which is why her mixed drinks had to be present at Freedom’s launch.

“Of course, ima be at Caribana,” Karam said. “I’m not going to miss it this year, and we finally get a Jamaican float that a woman runs.”

Grant was also commended by Brampton city councillor Charmaine Williams, who was also in attendance. She said it was a big moment for Jamaicans living in the GTA and Jamaicans in the diaspora.

“It is a place where we could see Black people working,” Williams said. “It’s been my goal to make sure our voice is heard, and I thank you so much for having the City of Brampton a part of your great production.”

“I am Canadian, but I have Jamaican parents, and my culture is a part of me, all day, every day, so don’t be afraid to start because it is a very humbling experience,” Grant said.