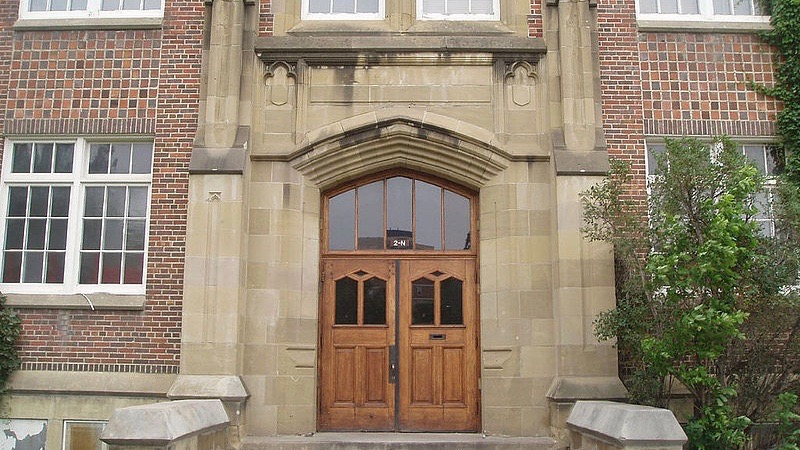 High School Too launched its official campaign on April 12 to demand action from schools and federal and provincial governments across Canada.

The group is made up of university and high school students who were inspired by the Canada-wide student walkouts protesting the lack of protections against sexual violence in high schools.

The Consent Action Team from Ryerson University — referred to by students as X University — collaborated with gender justice advocate Farrah Khan to form the project and later expanded to include high school students.

“I know a bunch of the high school students came out and said that their MPs and their principals are really excited about the organization and they really wanted to be there and be supportive,” she said.

One of the key demands of the network is to implement comprehensive sexual violence and consent education for all grades.

Part of a comprehensive sexual violence and consent education is understanding what positive relationships look like, said Keneisha Charles, another group organizer.

“What does it look like to have your consent honoured, how can you advocate for yourself, how can you hold that for other people? That’s our focus,” they said.

“It’s not with judgment, it’s not with shame, it’s sitting down and understanding, ‘you are here because of your experiences and I’m here to support you through that,’ and it’s understanding what could be a possible trigger,” she said.

Part of creating an environment for students to share their experiences is de-stigmatizing the conversation. Alda said consent and pleasure should be discussed shamelessly.

“No one talked about that,” Projkovsi said. “Now, with the high school students we’re working with, they’re starting that conversation and they notice how important it is.”

And the need for the conversation extends beyond school doors. School policies can target rape culture within schools but government support is needed to help implement those changes.

Organzier Keneisha Charles said sexual violence is present in everyday microaggressions and at the systemic level, so action is needed at every step.

“It’s the federal government that sets priorities around gender based violence, it’s provinces that fund it and it’s the school boards that take action,” they said. “So we need everyone to be involved.”

High School Too invokes the name of another movement: #MeToo. The reference is intentional, Alda said.

She said the group wanted to pay homage to the #MeToo movement first begun by Tarana Burke.

“What’s so beautiful about all these different movements is that you can all be fighting the same goal and issue, but you’re all in collaboration with each other,” she said. “Everyone’s trying to do the same thing and we’re really all trying to start the conversation about gender-based violence.”

But the group’s focus on high school students’ experiences sets them apart from other movements.

“We very much applaud the conversation happening at post-secondary levels and beyond, but it happens to any student anywhere,” Alda said. “The conversation can’t only be saved for when people are older, they need to be aware of what’s happening to them and what they’re going through.

Not knowing how those terms are defined means students may not realize their own experiences which hinders their healing journey, Alda said.

High School Too is including the experiences of all genders. Charles said the group wants to challenge what the public believes a survivor looks like by centring anyone who experiences gender-based violence.

“We’re not limited to just talking about women,” they said. “I’m non-binary and I’m part of this as well.

“We’ve also seen male students as well in high schools that are part of this and have interest in this,” Charles said.

Projkovski said it’s important to allow students to have agency over their stories especially in the face of any public pushback.

“Young people know what they’re doing, and young people will advocate and they are taking action for things that are important to them,” she said.

The group hopes to expand and continue empowering students across Canada to advocate for themselves.

“We welcome everybody,” Alda said. “Anybody that wants to be a part of it, you have a voice and please feel free, join the club.”