Hawks basketball looks to future without two of their big three 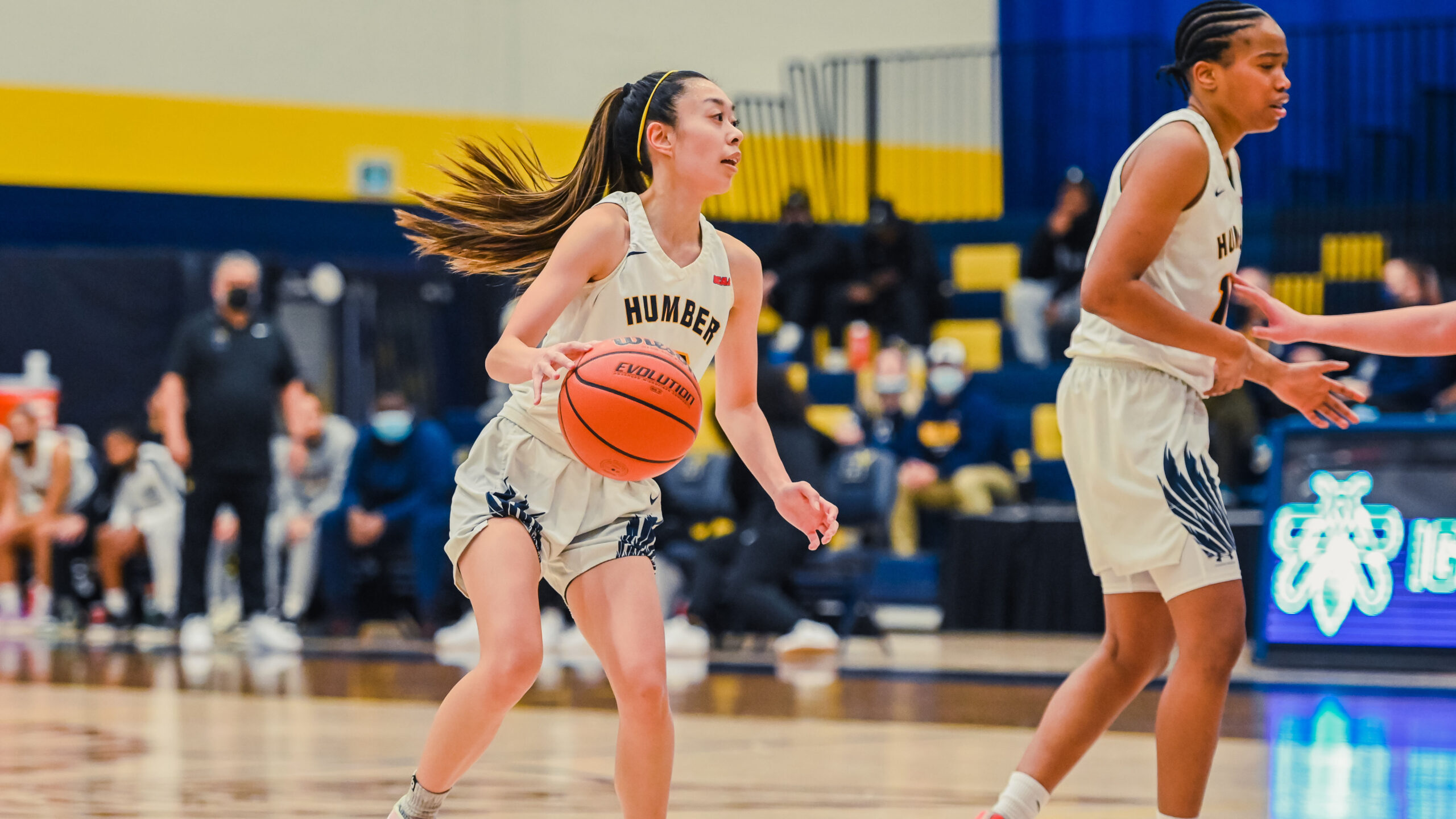 Nikki Ylagan had many different emotions hit her as the clock ran down on her final game of college basketball.

“I vividly remember looking at the clock on defense and it was maybe around 16.2 seconds and just having a wave of emotions hit me and thinking to myself how grateful I am to have been able to play this sport at this level,” Ylagan said.

“It was disappointing but I was also very proud of myself for going out with a good game,” said the fifth-year guard.

“As well, getting player of the game for my last game of post-secondary basketball was really neat and having my parents in the stands made it even better,” she said.

The Hawks Women’s Basketball team finished with an undefeated record of 8-0. The Hawks won the OCAA championship but fell short of making it to the final six during the national title. 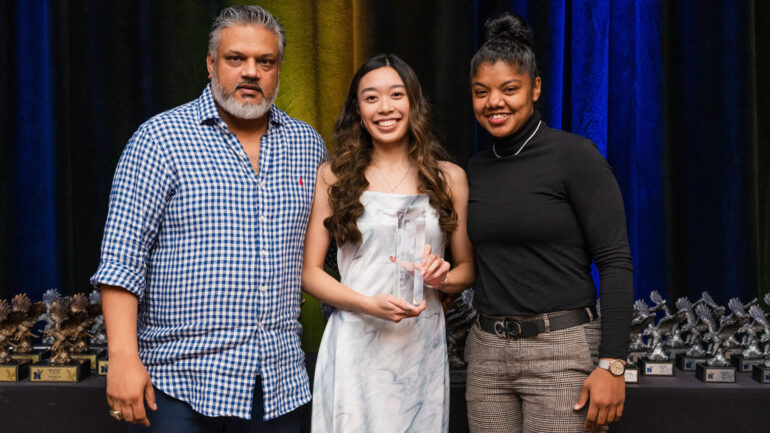 This season marks the last for Hawks’ stars Ylagan and fifth-year centre Miea Campbell-Johnson. The two both walked away from Humber’s Varsity Awards with hardware as Ylagan was named the Basketball Coaches Pick for the women’s team and Campbell-Johnson was named one of four Humber Athletes of the Year.

“[Nikki] is a tremendous basketball player and a real artist at what she does, which is shooting the ball,” coach AJay Sharma said. “She speaks very loudly with her game but she’s not overly vocal. She handled her one year at Humber perfectly.”

Ylagan, of Mississauga, averaged a little over 20 points a game and scored a Humber record 34 points in the Hawks OCAA championship game where she captured player of the game and made the all-tournament team

“Winning OCAAs will definitely be one of my favorite things ever,” Ylagan said.

“When that final buzzer went off, it was quite emotional for me,” she said. “This team had helped me accomplish a big goal of mine which was to be a champion. And I’m so grateful to have been able to accomplish it with them because this team is nothing short of special.”

Ylagan recorded 34 points against St. Clair in the OCAA championship game, a Humber postseason record. She recorded a career-high 71 triples in 24 regular-season games in 2018. 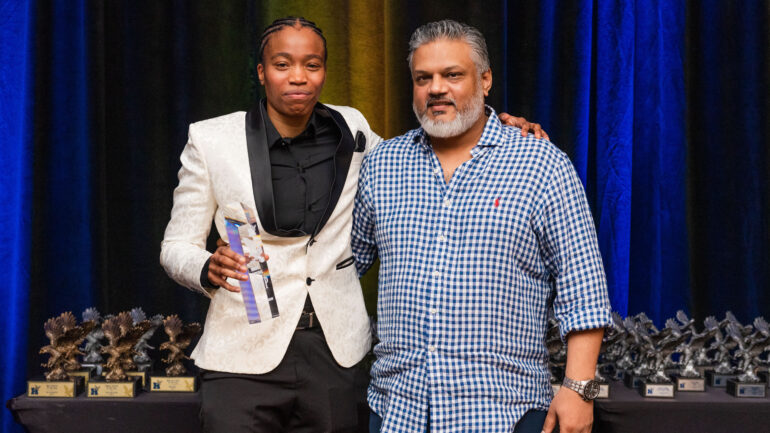 Sharma also praised Campbell-Johnson, of Brampton, as he coached her through her five years at Humber.

“She had a great basketball physique when she first came to us but we needed to put some time in and she was willing,” Sharma said.

“She worked on her fitness level and every year added something different to her game and you saw the finished product. She went out the way for someone who stayed five years should go out,” he said.

Campbell-Johnson had a historic career at Humber, finishing as the all-time leader in blocks, second all-time in rebounds, and third all-time in scoring. She recorded single game records for rebounds with 34 versus St. Lawrence College, and with 10 blocks against Seneca, both this past season.

“When I first got recruited to Humber there was a bunch of excitement and a lot of pressure being a rookie straight out of high school,” Campbell-Johnson said while reflecting on her beginnings at Humber.

“In high school, the goal was to play some sort of post-secondary basketball, but just no idea where I’d end up,” she said.

The two plan to stay near the game as Campbell-Johnson intends on playing games in Toronto and possibly go professional, and Ylagan is continuing to weigh her options but assures she won’t be far from the orange basketball.