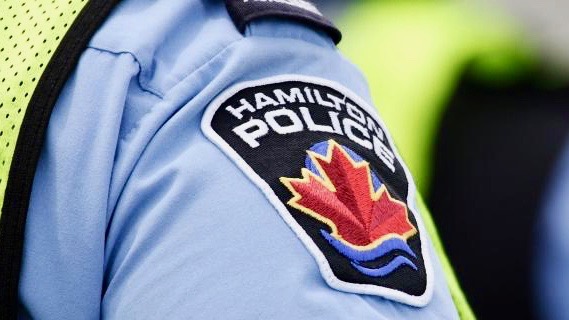 The Hamilton Police Service rankled some residents after sending out two religious messages on its Twitter platform during Easter.

One tweet was in relation to Good Friday, a Christian holiday which commemorates the crucifixion of Jesus. The second tweet focused on Easter Sunday.

The first tweet, in part said, “may his love grace your heart and may his sacrifice strengthen your soul.”

Reactions to that tweet were mixed, with some Twitter users thanking police for their message, while others urged the maintenance of separation of religion and government.

“This should not be coming from our publicly funded police. I can’t believe this was approved,” a Twitter user wrote.

Another user asked, “why is this a tweet? Has nothing to do with policing.”

Others came to the defence of the police by uploading several examples of the police force celebrating other non-Christian religious holidays.

“Why only hatred for Christian tweets, when these ones garnish zero comments,” a Twitter user said.

“There was a clear use of biblical language in the Christian-focused tweets, that didn’t match the same usage of non-Christian language in other religious acknowledgements,” she said.

Shaffer-Young said she felt the tweets were not an appropriate message conveyed by the police force.

“This message reinforces the apparent Christian institutional bias within the police,” she said. “The issue of mixing church and state lies within the term itself.”

Other respondents expressed their gratitude to the police service for posting their Easter Sunday message.

“Thank you. This greeting means a lot to me. May Christ bless us all,” Twitter user Rosalyn Tan said.

Hamilton resident Panteha Jamshidian, 21, said she was initially confused to see her local police service sending such a bold message.

“While it seems sort out of out of place for them to be tweeting this, it comes as no surprised as cops stereotypically are quite conservative and Christian,” Jamshidian said.

She said she was curious to see if the police service had previously tweeted about any other non-Christian holiday.

“A quick search led me to Ramadan, Orthodox Easter, Holi, Passover and Vaisakhi posts,” Jamshidian said. “So at least they are tweeting about different holy holidays.”

She said while most of the police service’s holiday tweets seem light-hearted, the ones in question evoke a different reaction.

“I think what’s throwing everyone off is the intensity of the second one, using the word his instead of Jesus or Christ kind of signifies there is only one of him, and everyone should know of him,” Jamshidian said. “They wouldn’t post something like this for Eid al-Adha talking about his sacrifice as Ibrahim’s sacrifice.”

She said while the idea to tweet holiday greetings is fine, the police service should watch for their biases.

“If the police department is doing it for every religious holiday, then fine, it’s a way to attempt to connect to the diverse community they serve,” Jamshidian said. “But the way the messages are written demonstrates an obvious bias to Christianity in my opinion.”

The Hamilton Police Service did not respond to Humber News’ request for comment.