Encampment evictions displace but offer no solution for homeless 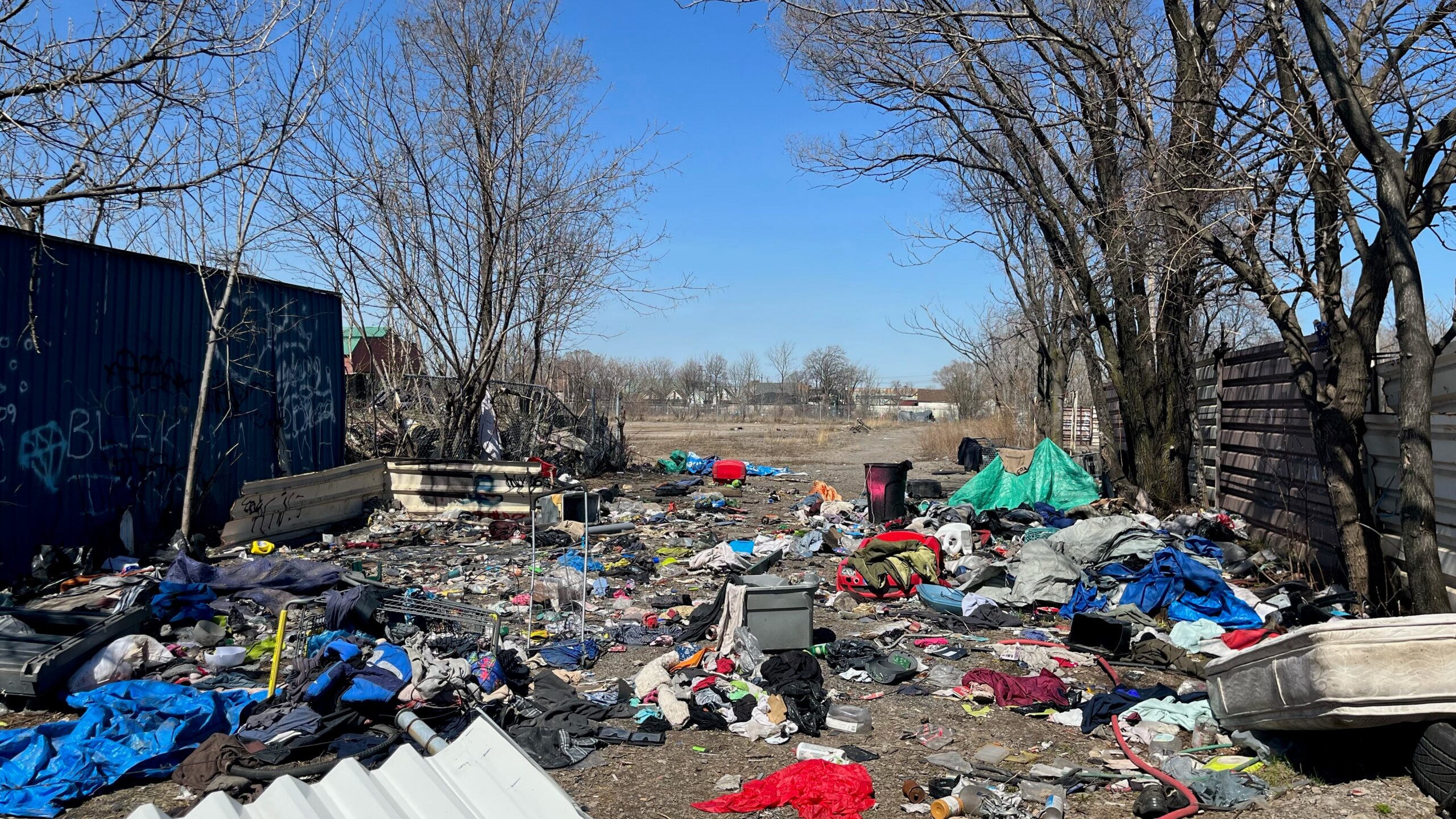 Dan Graham, currently living at the Linden Street encampment in Hamilton, is not only homeless but his personal belongings are being repeatedly taken away from him by the city.

“They give you no time to move, and I can’t afford to continually lose all my belongings,” said Graham, who uses a mobility aid, while at his makeshift home in the city’s centre.

“This is one of the most important things about this spot for me is the ability to access it,” he said. Graham lost a leg when he was a child in a bus accident and his good leg “gave out” on him two years ago.

However, rather than trying to help the homeless settle, Hamilton’s Bylaw Enforcement department recently asked city council for a budget increase of $416,673.73 to enforce council’s new 12-to-72-hour removal timeline.

The boost would fund a dedicated team of by-law officers specifically for encampment evictions.

The strengthening of the city’s response to encampments, however, seems to counter its intentions to develop “personalized housing plans” for unhoused residents.

Hamilton’s encampment response page outlined that the city would remove any barriers blocking a person’s access to the system “and attempt to resolve them.”

The city said it would assist unhoused residents into shelter or housing arrangements “and storage of possessions.”

But Graham, who has been in and out of shelters in the past two years, said he’s lost his personal possessions numerous times, including the three times he was forced to move by the city.

“It’s like everybody thinks if you’re homeless, you shouldn’t have things,” Graham said. “But I need things to survive.”

James Lambert, an advocate for the Hamilton Encampment Support Network (HESN), said contrary to the city’s guiding principles, last year’s expulsion of homeless people from Central Park, in the Rymal and Pritchard Roads area, was violent and didn’t offer immediate benefits to the community.

“An encampment of two people in the rain who had to stand by as their tarps and their belongings were thrown into a dumpster by six city workers, a cop, and a paramedic,” he said. “All of that response for two people.”

Lambert said the area will be a vegetable garden “for people who have the money to buy into it and a dog park for people with pets” rather than a spot that would help those using it as a home.

“Those two people who were evicted that day didn’t get housing,” he said. “They instead ended up moving to another location in the city.”

Advocates for affordable housing say there are limitations to the shelter system’s ability to accommodate those in need. In a March 22 meeting with Hamilton City Council members, HESN member Wynne Baker said most encampment residents can’t access shelter services.

“Ninety per cent of encampment residents are unable to access shelter services due to restrictions,” she said. The number comes from support organizations such as The Hub, which has worked with unhoused people since the start of the pandemic, Baker said.

The restrictions, outlined in a city plan called the Blueprint for Emergency Shelter Services document, can include, substance use, incidents involving violence or threats of violence, disobeying rules regarding the personal property of staff or residents, and violating the rules of the shelter.