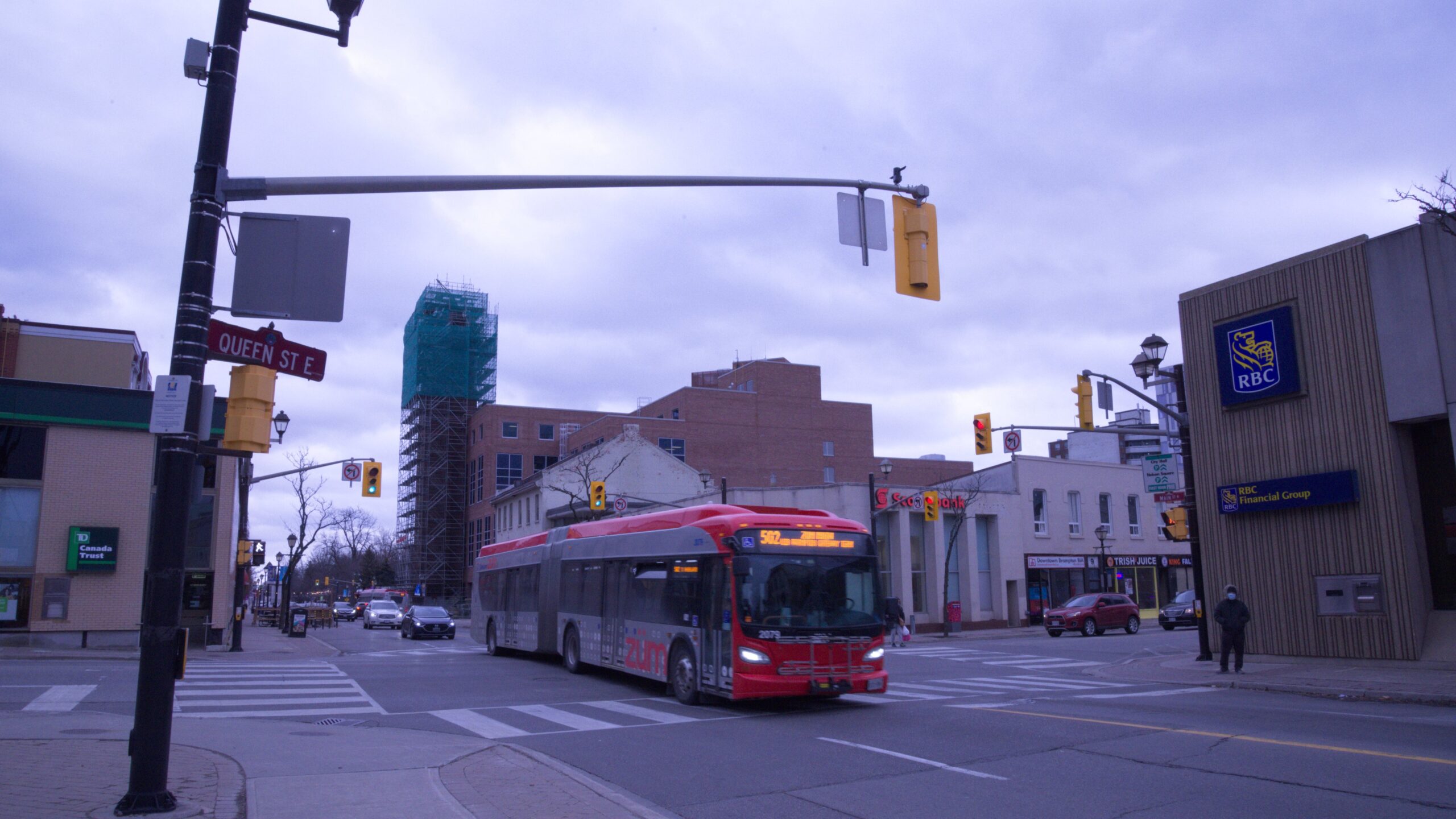 Brampton started its first construction phase on the long-delayed revitalization of the downtown area. The timing couldn’t be more discouraging for some business owners.

“A very frustrating and stressful circumstance for myself and…other businesses in the downtown area,” said Scott Upshall, owner and chef of the Little Shop of Ice Cream, located in Garden Square across the Rose Theatre.

Upshall said the new official start date was March 14 this year, but that’s not when it was supposed to begin. Indeed, the work comes two years after it was first expected to begin.

“I was told November 2020 and then July 2021,” he said. “I had assumed the pandemic had something to do with the date changes, but from what I was told by city employees is that the project had not gone out for tender until late summer 2021.”

The Downtown Reimagined plan was set to begin construction in 2018 and end by 2021 but was put on hold after the election of Mayor Patrick Brown.

“The previous city council put the whole plan on hold due to the planning around the Brampton light rail transit,” said Teagan Pecowskie-Schweir, the membership and special projects coordinator for Downtown Brampton BIA.

Brampton city council took elements from the Downtown Reimagined plan and incorporated them into the Integrated Downtown Plan (IDP).

The IDP highlights the city’s ongoing initiatives and infrastructure projects such as the Brampton transit line and the potential expansion of other post-secondary institutions into the downtown area.

The construction plans forced the Downtown Brampton Farmers Market to relocate to Gage Park in the Main Street South and Wellington Street West area this past summer. The move took vendors away from their regular spot on Main, much to the dismay of many business owners who would welcome the foot traffic along the closed-off street.

Upshall decided to not open shop during the Farmer’s Market last summer because it was too far away for any of the foot traffic to reach his store.

“They moved the Farmers Market to Gage Park assuming the construction was set to begin sometime in the summer,” Upshall said. “It’s frustrating…because in my case, the market can provide a week’s worth of revenue.”

Zanda Rodriguez, owner of Macaronz in downtown Brampton, told Humber News that she’s not too concerned about the construction as she’s in the process of opening a second location for her business.

“The construction will be a challenge for sure so I hope that the City of Brampton will be very organized and will make things [go] as smooth as possible,” Rodriguez said.

Brampton city council approved $16.6 million this past fall for the first phase of the IDP which will cover streetscaping for the downtown area.

The major water-main is also expected to be replaced.

“The businesses were expecting the construction like four years ago, and it never happened,” Pecowskie-Schweir said. “We’ve been told the watermains are 15 or 20 years past due their replacement…they just had one break and it affected five businesses.”