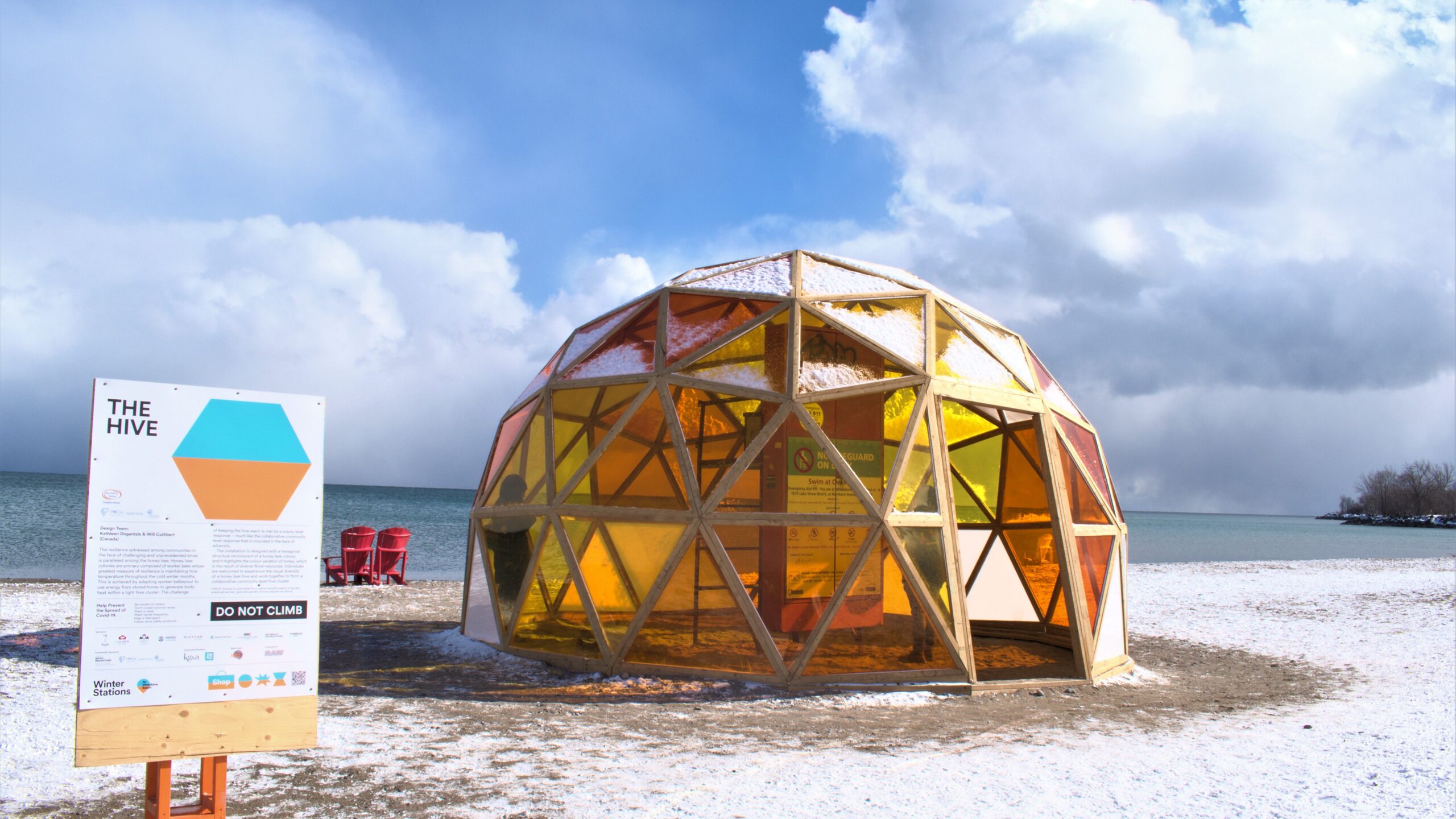 The six winning designs for the 2022 edition of Winter Stations are on view on Woodbine Beach through the end of March.

The theme for this year’s competition was Resilience, to reflect the people’s ability to overcome adversities in challenging times.

Artists from across the world sent submissions for designs to highlight and celebrate their ideas of the concept of resilience.

Mickaël Minghetti, an architect and designer based in Brussels, collaborated with Toronto based biologist Andrés Jiménez Monge on the “Wildlife-guard Chair” installation.

Monge said the idea for the design was inspired by red-coloured northern cardinals, which can be found year-round in southern Ontario. 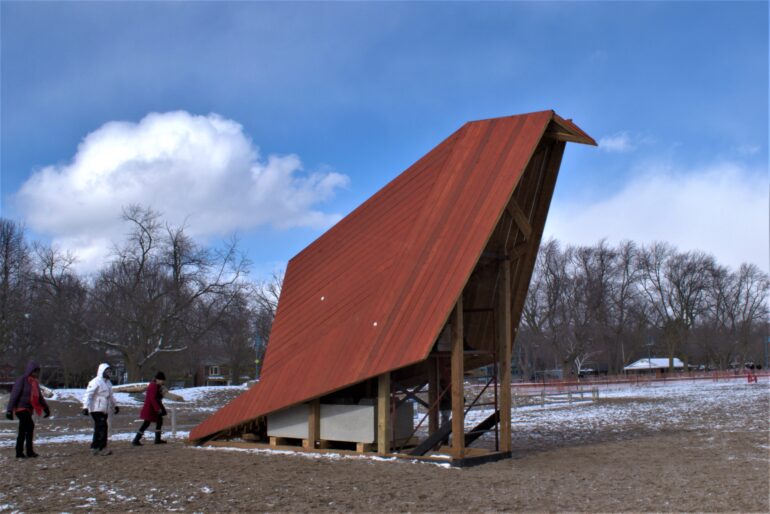 Wildlife-guard Chair by Mickaël Minghetti, with the guidance of Andrés Jiménez Monge. The red colour of the installation acts as a beacon for visitors, Monge said. Photo credit: Harsh Grewal

Monge, who works with Birds Canada, said many people turned to birdwatching during the pandemic to cope with stress.

“The Hive” was developed by advertising art director Will Cuthbert and York University PhD candidate and wildlife biologist Kathleen Dogantzis, who wanted to bring their two disciplines together to collaborate on the design of the project.

Dogantzis said they wanted to represent the theme of resilience with the social structure of the bees, who adapted worker behaviour to keep the colony warm throughout the winter months.

“We thought it tied in really well with how honeybees work together and paralleling that with how individuals worked together in the pandemic,” Dogantzis said.

Cuthbert said they wanted to use honeycomb as a key visual piece for an installation to create an immersive experience that would mimic the environment of a beehive.

“We landed on this dome shape because that was the best way to assemble hexagons into a three-dimensional structure,” Cuthbert said. “People could walk inside and experience a beehive.”

The “S’winter Station” installation incorporates the concept of resilience in its design production by transforming soft beach towels into hard concrete panels which cover the pavilion. 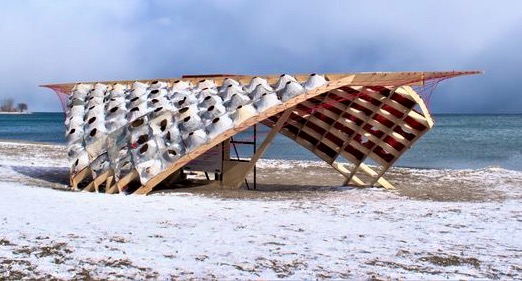 Ariel Weiss is part of the design team at Ryerson University’s Department of Architectural Science that created the pavilion as a shelter from environmental forces like wind, snow and light.

“We tried to orient the pavilion and make these wings so that the pavilion is protecting you, but it’s not isolating you,” Weiss said.

The team used Augmented Reality and Virtual Reality technology during the design and fabricating process to get a visual idea of the final piece.