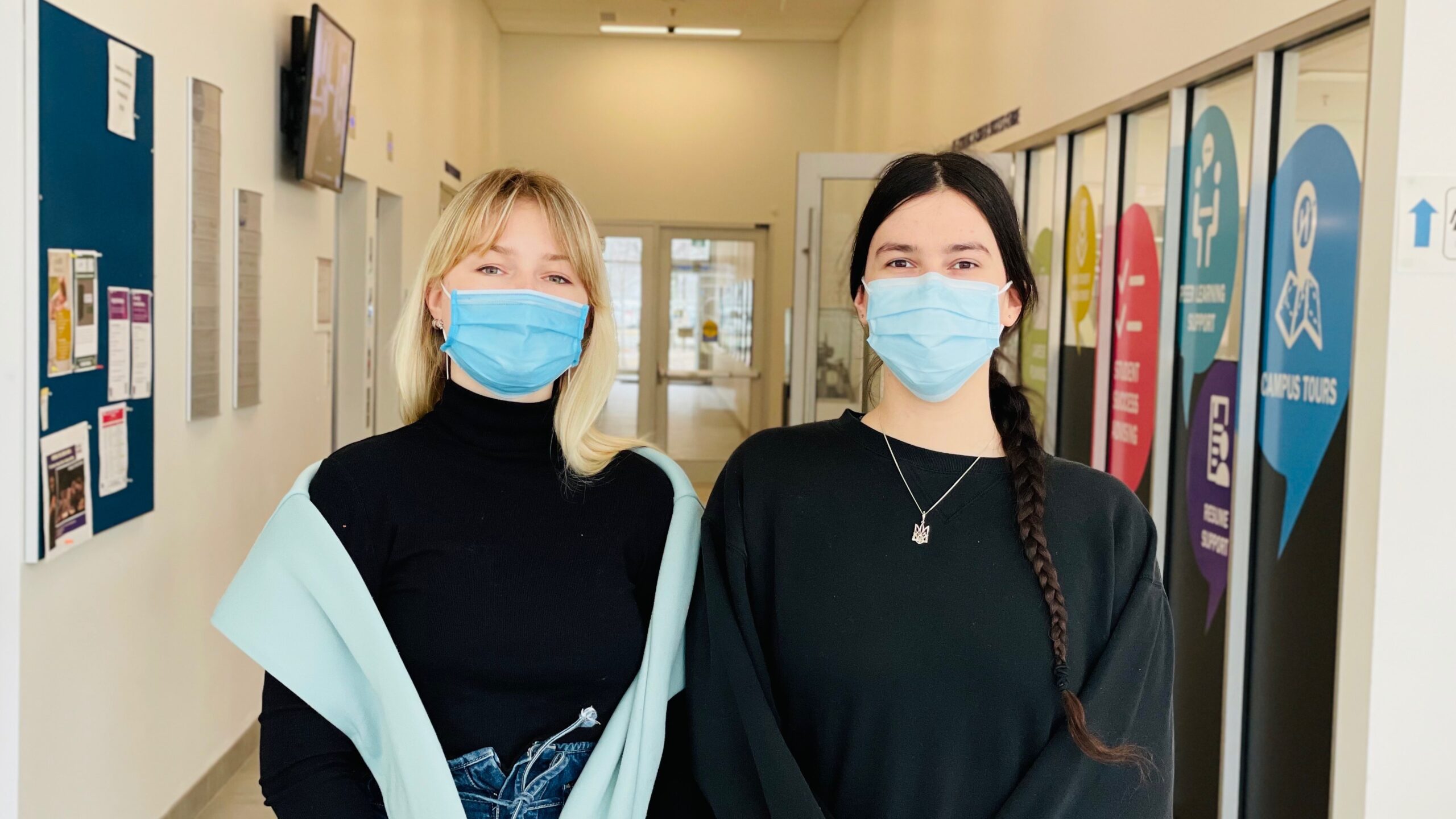 Her fellow students at Humber College were fearing for their families in Ukraine and were desperately trying to contact their loved ones.

“I never heard someone screech like that into a voicemail,” Leeks-Kottick said in an interview with Humber News. “Right away all the feeds started popping up and the first images and videos were starting to come out and then it was like, it became real.”

As president of the Ukrainian Students’ Club at Humber College, Leeks-Kottick has played a key role in supporting students affected by the conflict.

The club includes international students from Ukraine, members of the Ukrainian diaspora in Canada and Russian students from the Russian Federation who have all supported each other throughout the war.

But some of the fears and anxieties within the community aren’t new.

Ukraine has faced conflict throughout history with two world wars that continue to impact today’s generation.

Leeks-Kottick said the intergenerational trauma from those wars is compounded with some students’ experiences over the last eight years facing Russia’s aggression since Crimea was annexed.

“They already have that heightened sense of awareness and worry,” she said.

And with Russia once again attacking Ukraine, Leeks-Kottick said students are worried about those they left behind.

Women are particularly vulnerable during wartime and concern for them has grown with the continued attacks.

The United Nations Population Fund (UNFPA) said in an online post that Ukrainian women are at an “increased risk of sexual and physical violence and abuse” during the war.

Some Ukrainian officials have said women have already experienced violence.

Ukrainian MP Maria Mezentseva said in an interview with Sky News that Russian soldiers had sexually assaulted Ukrainian women during the invasion.

The displacement women experience as they flee Ukraine puts them in danger of such violence, the UNFPA said.

Leeks-Kottick is no stranger to the devastating impact sexual violence has on women. Her second-great aunt Ksena Sheremeta was sexually assaulted by a Russian soldier during the Soviet-Ukrainian war in 1917.

“My second-great aunt experienced this as a means of warfare, a means to dominate another culture,” she said. “The goal is to strip away that person’s identity.

“By stripping away someone’s identity, by breaking them down, you can reshape them and remold them into what you want and what you desire and I think that’s the biggest warfare technique,” Leeks-Kottick said.

There are now fears that history will repeat itself with reports of sexual violence against Ukrainian women.

“I have a lot of friends whose family still live in Ukraine and it’s been awful to watch them have to go through that and hearing the news coming out of there,” Leeks-Kottick said. “It’s ranged from shellings and bombings to shelters to literally women being raped and killed.

“The fear you can hear from other Ukrainians in the diasporic community, as much as the international community, is just like, what are we going to do?” she said.

Women are especially vulnerable because of their value as the torch-bearers of Ukrainian culture in passing on traditions, language and history, Leeks-Kottick said.

“Without women, you don’t have any of that and you lose the culture and I think that’s what Russia is really trying to aim to destroy,” she said.

The trauma of sexual violence leads women to withdraw from their cultural history that reminds them of their experiences, Leeks-Kottick said.

She said her second-great aunt eventually escaped to Canada and rarely spoke about her assault, removing herself more from Ukrainian culture and community.

Sasha Sheludko, an international student at Humber, told Humber News some older generations of Ukrainian women warned how women could be targeted during wars.

“Women are seeing this every day and they’ve been told by their grandmothers who lived during the war times and they know what can happen to them,” she said. “It’s really frightening.”

Sheludko said her mother and two brothers were able to flee to Poland but her father and friends are still in Ukraine.

Hearing reports of Ukrainian women being attacked by Russian soldiers has been horrifying, she said.

“I don’t know how I would deal with that experience,” Sheludko said. “I’m really afraid someone I know will be a target for this and I just hope it will never happen and it’ll end before it happens.”

Sexual violence is used as a weapon of war and Leeks-Kottick said the need to protect women is important now more than ever.

“We can think of any nation, like on the African continent right now that’s going through that,” she said. “And they don’t nearly get enough of the vocalization that Ukraine is getting at the moment.”

Leeks-Kottick said the wide coverage of Ukraine could create a path to more international attention for other countries whose women are experiencing sexual violence during wartime.

“In not protecting women, whether that is in Ukraine or other countries that are inflicted by a war, you’re losing so much valuable information,” she said. “Human culture, everything that builds our societies and the foundations for the way we even think, the way we have compassion and empathy — it’s women.”