Minister calls on Ontario colleges to avoid a strike on Friday 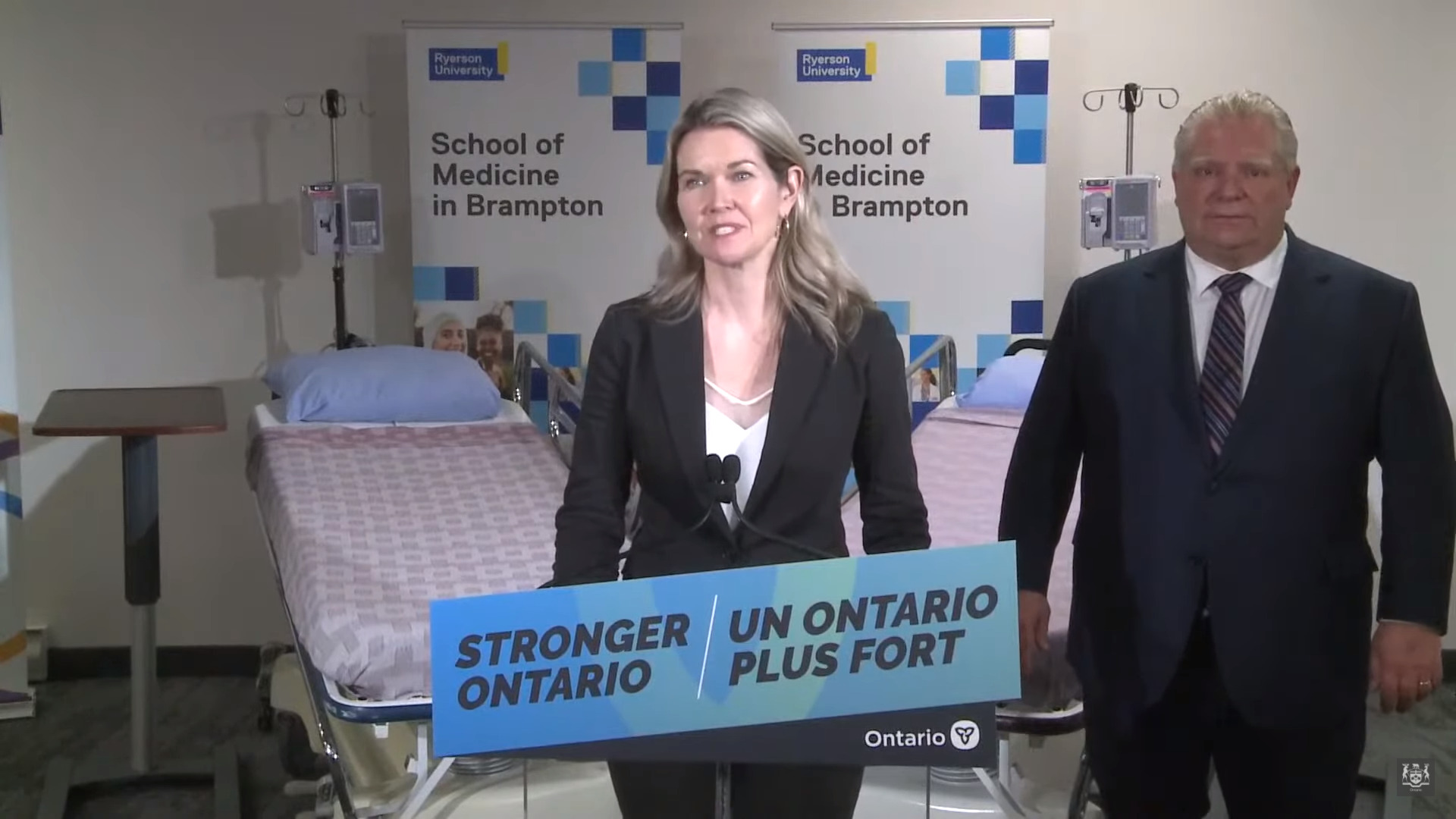 “I don’t like when anyone goes on strike, especially in these conditions when we went through such tough times,” the Premier said during a press conference Tuesday afternoon in Brampton.

OPSEU, the union representing more than 16,000 faculty members from 24 Ontario Colleges, including Humber, is threatening to go on strike at 12:01 a.m. Friday if the College Employer Council (CEC) doesn’t agree to voluntary binding interest arbitration.

“We are monitoring the process quite closely,” said Jill Dunlop, Minister of Colleges and Universities, who joined Ford at the press conference.

“I’ve heard from students and from parents, who are very upset. Students cannot afford a strike at this time,” Dunlop added. “I hope to see everyone back to the table and make sure that we respect bargaining and come to a deal.”

JP Hornick, the chair of OPSEU’s bargaining team, said the union hopes to avoid a strike but says CEC is being unreasonable and refusing to address their demands for better educational tools and job security.

“Our members are fighting for the best education for students,” Hornick said in a press release.

The union said it hopes they can reach a deal at the bargaining table, avoid a messy strike and provide students with the certainty they need.

In 2017, members of OPSEU went on a strike that lasted five weeks interrupting the studies of thousands of college students in the province, until the province’s back-to-work legislation made students return to class.

Robyn Cussen was a student at the Personal Support Worker program at Humber College during the strike in 2017, and her studies got interrupted for over a month.

“They told us like, ‘don’t worry, we know you guys are all stressed, you’re not going to have the same big assignments. We’re going to change the curriculum, it’s going to be really just focusing on you guys getting more done, but not something that’s gonna overwhelm you. Nothing is going to be due on the first week back.’ No, they lied. They told us everything we were supposed to do is due next week,” Cussen said,

She took a break from her studies in 2018 and returned back again this year in the Media Communications program, and now, she is concerned about another strike.

“That’s nonsense and somebody has to be held accountable because this is so disrespectful to students. I am so done,” Cussen said.

Dunlop praised colleges and their faculty for coming together during the pandemic for the good of their students.

“They’re finally back in the classroom. That’s where they need to be, that’s where their best education is, whether they’re collaborating with their colleagues and their faculty.”