‘I realized something is wrong’: Witness describes attack on Mosque in Mississauga 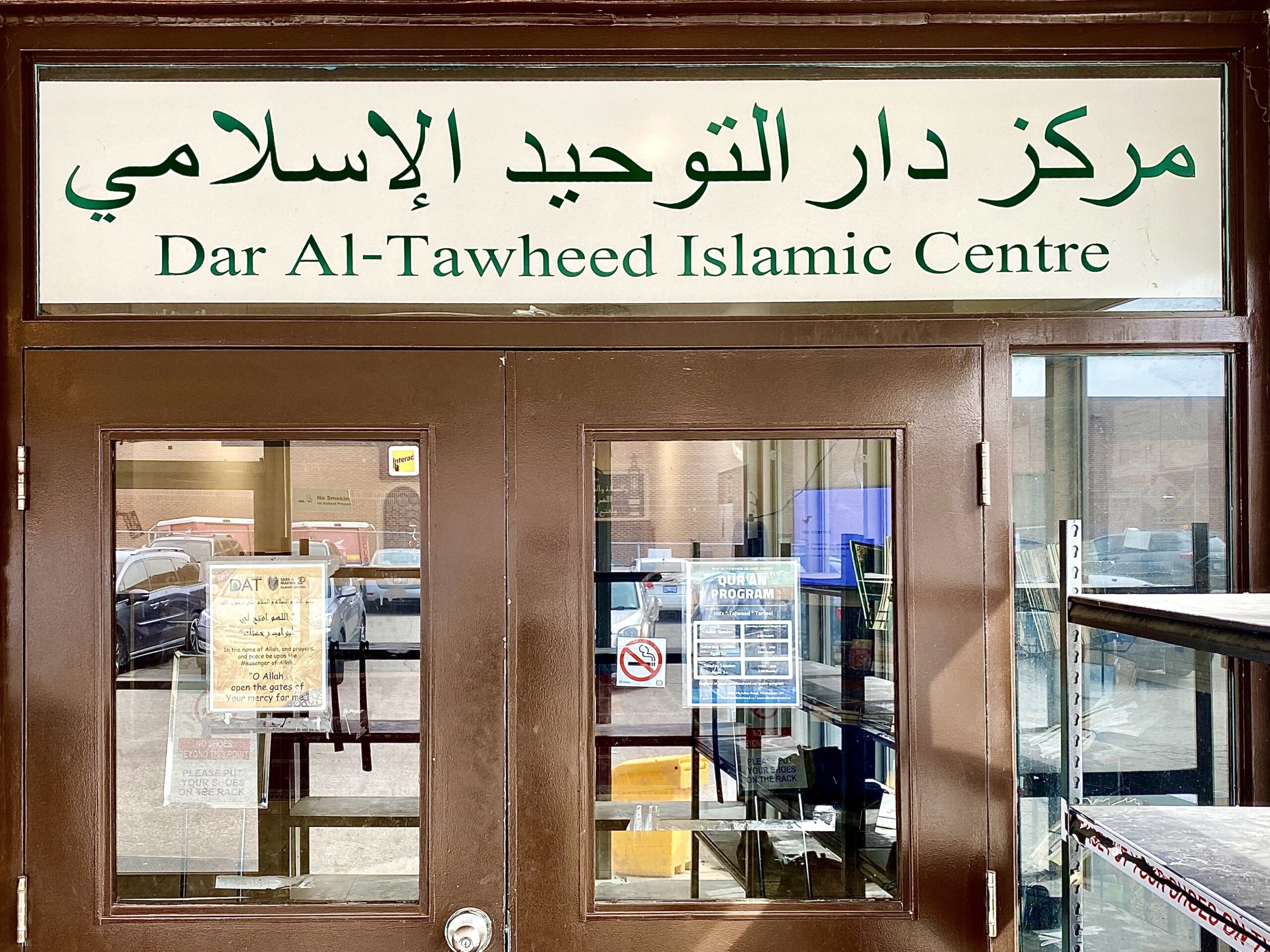 A witness has described to Humber News what he saw when a 24-year-old man attacked worshippers during morning prayers at a Mississauga mosque last weekend.

“I heard a noise … and then somebody followed with a scream,” Noorani Sairally, one of 20 witnesses who was praying on the morning of the attack happened, told Humber News.

“When I turned to my left, I saw this guy, the attacker with a canister of bear spray in his hand., Then I quickly realized that something is wrong,” he said.

“Then we all kind of tried to pin him down.”

A man called 911 for the police, and the congregants of the Mosque quickly subdued the man until police arrived.

The mosque members have had minor injuries because of the bear spray.

“Because of the substance that he sprayed, it was unbearable. In order to breathe, we had to tell everybody to move outside, and a few of us stayed back,” Sairally said.

“We moved the attacker to another area where we can wait.”

Mohammad Moiz Omar has been arrested for the following offences on Saturday morning, Peel police said.

The incident occurred on March 19, at approximately 7 a.m. at Dar Al-Tawheed Islamic Centre, in the area of McAdam Road and Matheson Boulevard in Mississauga.

A man armed with a hatchet and bear spray walked into the mosque and discharged the spray to worshipers.

The members of the Mosque quickly defused the man until police arrived.

Ibrahim Hindi, the imam of the mosque, announced the attack from his social media account.

“Our congregants were subject to a violent attack,” he said.

“An individual came wielding an ax and carrying numerous other sharp-edged weapons, as well as pepper spray,” Hindi said. “Before he could inflict harm on any worshippers, several congregants bravely were able to stop him in his tracks.”

“All considerations including hate-motivation are in focus. We did identify the crimes as possible hate crimes,” Const. Donna Maurice, a spokesperson for Peel Regional Police, told Humber News.

“However, this is an active situation, and further changes to the charges could occur based on what is revealed through investigation,” Maurice said.

Omar has been formally charged with the offences of assault with a weapon, administering a noxious substance with intent to endanger life or cause bodily harm, possession of a weapon for a dangerous purpose, utter threat to cause death or bodily harm, carrying concealed weapon, and mischief to religious property.

The timing of the attack is considered significant.

Ramadan which is the ninth month of the Islamic calendar and one of the holiest Islamic months begins on the evening of April 1 with many Muslims, including women and children, going to mosques to pray.

“People are shaking, especially, the fact that we are close to Ramadan that we were looking forward to coming together again after two years of Ramadan and lockdown,” Fatema Abdalla, communications coordinator for the National Council of Canadian Muslims, told to Humber News.

“But our communities are resilient, and we will get through this together.”

According to Statistics Canada, the number of hate crimes reported to police across the country increased 37 per cent in 2020 compared with the previous year.

About 2,669 hate crimes were reported, the data says. Even though hate crimes targeting religion declined in 2020 after following a peak in 2017, 515 religion-based hate crimes occurred in the first year of the COVID-19 pandemic.

The Jewish and Muslim populations continued to be the most frequent targets, for religion-based hate crimes, based on the report.

“In the last few years, we have seen a number of incidents targeting Muslims in Canada as Quebec City Mosque shooting and stabbing brother Mohammed,” Abdalla said.

“Once again having a mosque being attacked while individuals are standing in prayer, shows how strong the issue that is to Canada and that we do need to act, and you need to act it out.”

The congregation wants to pray with peace of mind, Abdalla said.

“Officers have been in contact with the Mosque to discuss different steps that can be taken to protect themselves and the public that attends,” she said.

“All neighbouring mosques also received visits and reassurance from PRP.”

Prime Minister Justin Trudeau condemned the assault and said the attack at the mosque is “incredibly disturbing,” adding in a tweet that “I also want to applaud the courage of those who were there this morning.”.

Ontario Premier Doug Ford also condemned the incident”I am incredibly grateful for their heroism, and my heart goes out to the Dar Al-Tawheed Islamic Centre community who was attacked this morning. There is NO place in our province for such evil and hateful acts. We must ensure those responsible are brought to justice.”