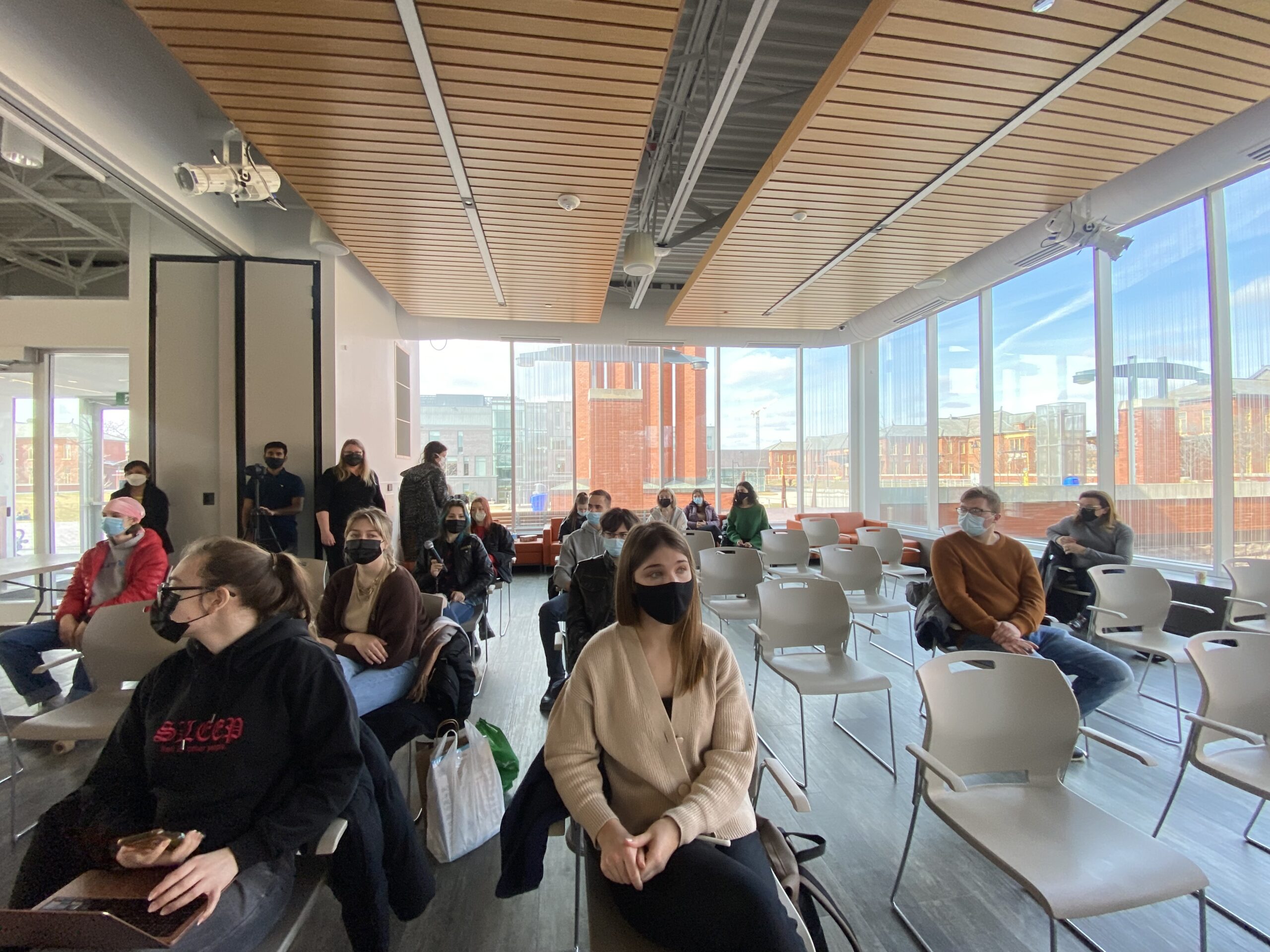 Those were among some of the supports measures announced during a meeting with students on the Lakeshore campus Thursday.

The College also announced mental health supports, an easing of the immigration process, and help with fundraising campaigns.

The ongoing war between Ukraine and Russia is leaving many students struggling to cope.

Kaliuzhka’s whole family is now in Ukraine, and they are keeping in touch. “Canada has made phone calls to Ukraine temporarily free, so that’s how we communicate,” she said.

Humber also announced that Ukrainian students living in residence will be allowed to stay even after April 25, which is the official move-out day.

The process of document extension for Ukrainian students is going to be eased, said International Student Advisor Lindsay Tait.

“Any students that are here on a work or study permit are welcome to stay and extend their documents,” she said.

The immigration process for both students and their families remains one of the biggest concerns among those in the room.

“We provide short-term case management, if it’s something like access in the supermarket centres, but we can also do long-term things, if it’s a house insecurity or a long-term financial [struggle],” said Travill.

The amount of money available for each student is still being under discussion.

During the meeting, Ukrainian student Sofiia Rusyn encouraged everyone to make donations, spread awareness and do volunteer work at companies that send humanitarian aid to Ukraine.

“Back at home Ukrainians are fighting for our freedom, and we have to do our best to contribute,” said Rusyn.

Other concerns raised by students at the meeting included the transferring of credits from Ukrainian to Canadian universities, getting translation assistance for immigration documents, and providing visas to people who lost their international passports due to the circumstances.

“I’m very grateful for what Humber is doing,” said Humber student Mariia Florynska. “I wish I heard more specific measures and numbers today, but I’m happy that this meeting occurred,” she added.

Students are being encouraged to consult with the Immigration, Refugee and Citizenship Canada website for further information about supports.