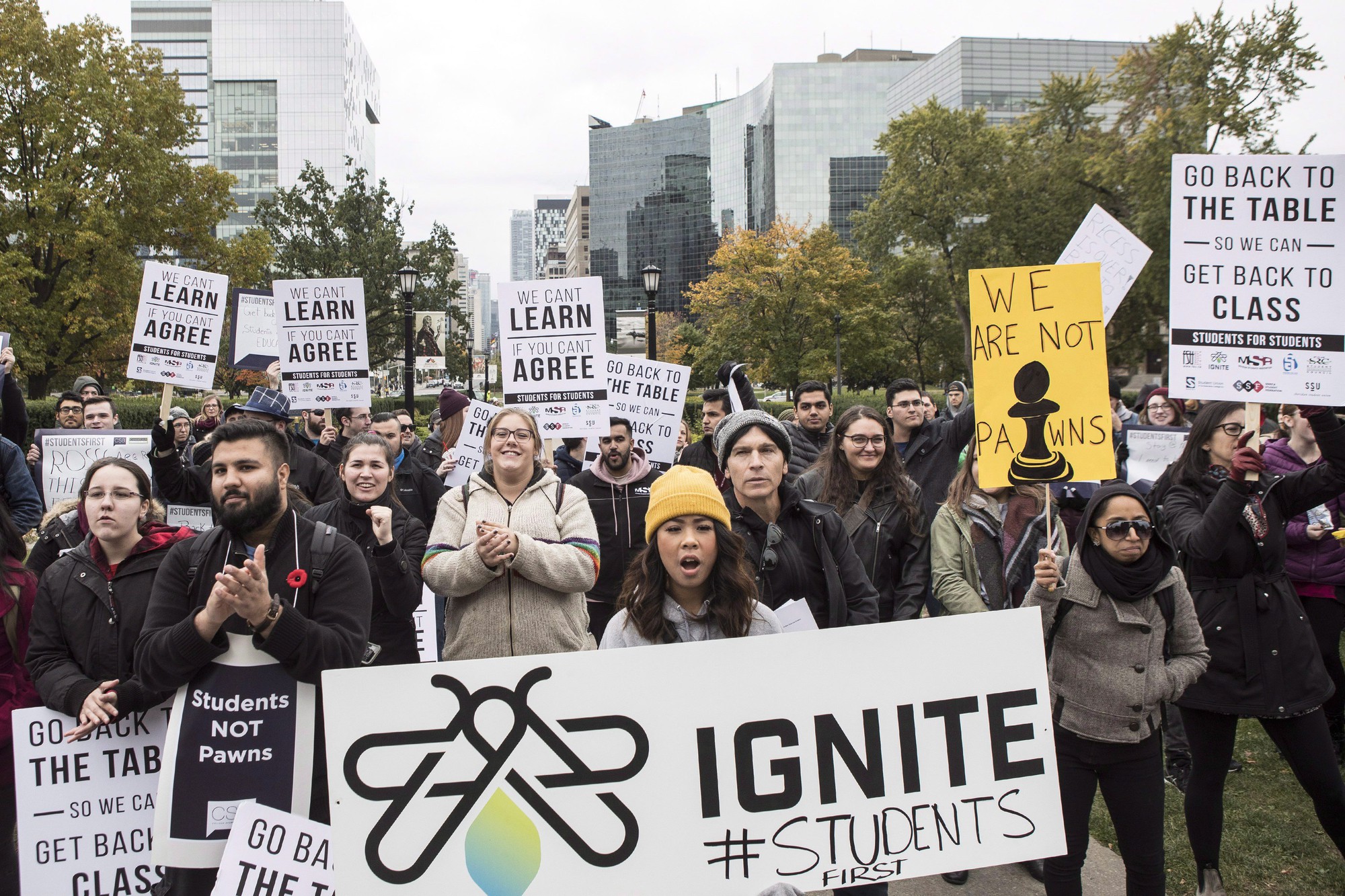 Student leaders are speaking up as the threat of an Ontario college faculty strike grows.

Faculty, counsellors and librarians represnted by the Ontario Public Service Employees Union are set to strike on Friday if the College Employer Council, which represents the colleges, do not enter into arbitration.

“We are getting information as it comes,” Shay Hamilton, chair of IGNITE’s board of directors, told Humber News, who added that “I’m not going to say that they’re great communicators with all students.”

Hamilton said that the bargaining so far hasn’t brought about many results.

“We’ve seen back and forth between the two sides but not much headway has been made at the table,” Hamilton said.

“The college faculty has said they would like to do arbitration and they’re willing to return to the negotiating table,” said Jason Baryluk, College Student Alliance, general manager.

Hamilton is urging students to be resilient while the uncertainties and concerns about the strike continue.

“It’s a stressful time. But don’t give up on yourself. Just keep on pushing.”

Baryluk has expressed that the negotiation for a new collective agreement has yet to find a resolution.

“The college faculty, the employer council, the representatives of the colleges in negotiations have been in bargaining, as of last December they came to a disagreement,” he said.

“We’ve seen back and forth between the two sides but not much headway has been made at the table,” Baryluk said.

If the strike begins all classes will be suspended.

Bargaining for a new collective agreement broke down last November with both sides accusing the other of leaving the negotiation table.

Faculty have been engaged since the end of the fall semester in escalating work-to-rule job action that meant professors could not work outside their specifically-contracted hours.

OPSEU’s academic division last went on strike in 2017 for a record-breaking five weeks before binding arbitration was imposed by the then-Liberal government in Ontario.

“The college faculty have attempted to pressure the college employer council to return with a campaign aimed at students that they are providing support to students,” said Baryluk.

Students are confused about what the semester will look like if there is a labour disruption.

“I experienced a strike back in 2018, and our semester was extended by two weeks. We didn’t really have any classes, so a lot of us had to do it in-person,” Kanupriya Gupta, a student from Bachelor of Accounting said.

“I feel that it’s gonna affect others, but if students are willing to do self-studying- which actually is not very good- I think the semester is maybe going to be extended.”