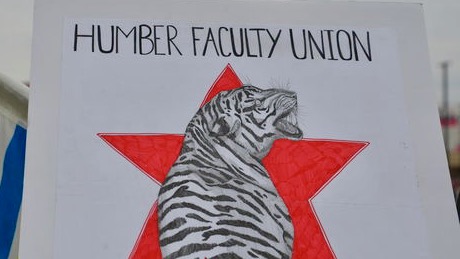 Humber College’s faculty expressed relief on Friday after last-minute negotiations between their union and management averted a strike, and blamed college negotiators for the uncertainty the bargaining caused students.

“We’re also relieved that we are now going to arbitration which actually means that there’s going to be a solid agreement,” said Hodgson, a vice president with Humber’s OPSEU Local 562.

The faculty’s Ontario Public Service Employees Union (OPSEU) and the College Employer Council, which represent the province’s 24 public colleges, have been in talks for a new collective agreement since last summer. 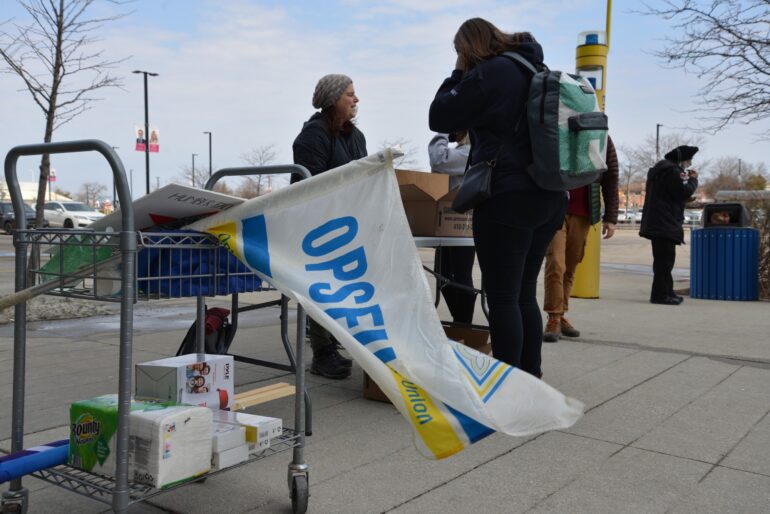 The two sides entered into binding interest arbitration, a form of balanced mediation by a third-party who often attempts to find a middle ground. The agreement was reached following intensive bargaining Thursday.

Local 562 president Milos Vasic hailed the result as a win for more than just faculty.

“This is a victory for students,” Vasic said.

Faculty say they have requested the two sides enter into arbitration last year.

However, the employer council argued that the agreement reached Thursday was different than what was previously proposed.

“This is different to the union’s previous request for interest arbitration only on their outstanding demands.”

CEC Chair Graham Lloyd said on Twitter the two sides agreed to unconditional interest arbitration, something “definitely not what was offered.”

Let’s be clear. The parties have agreed to unconditional interest arbitration on both parties’ outstanding issues and demands. That is definitely not what was offered. https://t.co/PjXygD5mpz

From the CEC website, November 18: “During conciliation, the CAAT-A team proposed sending all of outstanding issues to voluntary binding interest arbitration.”

The CEC previously said they would only agree to selective arbitration, which would see an arbiter choose the entirety of either side’s proposal as opposed to a middle ground, a non-starter for faculty.

But, in statements attributed to Whitaker sent by Humber’s communications director, the president was grateful a strike had been avoided.

“We are thankful that the College Employer Council and OPSEU were able to reach an agreement and avoid a strike that would have negatively impacted students at Ontario colleges, including Humber,” Whitaker said.

“We were hopeful for a successful resolution that would allow them to complete their term without interruption,” he said.

Whitaker said professors are important in the lives of their students.

“There is an important connection between students and their professors, and we are thankful that faculty have put their students first while adapting to the changes required during the pandemic and labour disruption,” he said.

To mark the end of labour action, Humber’s Local 562 on Friday handed out samosas and answered any questions students had about bargaining in front of the Learning Resource Commons building at North campus.

“I am happy with no strike in the end,” the second-year advertising and graphic design student said.

It’s expected arbitration will conclude and a new collective agreement will be in place before the end of the semester, Vasic told Humber News.

“What I’m hearing, too, is that the goalposts for arbitration won’t be the final offers that are on the table now, rather we’re going back to September,” he said.

The CEC confirmed arbiter William Kaplan will be working with the council’s original proposals as multiple settlement offers were rejected throughout the bargaining process.

OPSEU and the CEC have since last year been working towards a new collective agreement for professors, counselors and librarians.

This story has been corrected to show more of Humber President Chris Whitaker’s statement provided to Humber News and remove a sentence about him implying the negotiations were waiting on faculty.