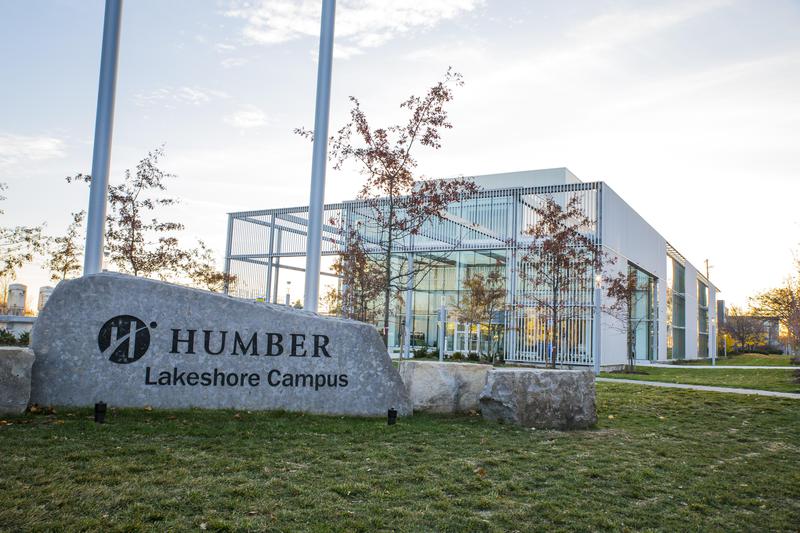 An art show will be held at Humber’s Lakeshore campus next week to help raise money for Ukraine.

It’s organized by Sofiia Sopelnyk, a fashion management student who happened to be visiting relatives in Ukraine when Russian forces invaded.

“It was scary,” she says “when we were packing stuff and the sirens went off.”

Her mother and sister are still in Europe. It took her three days to flee Kyiv and reach the Hungarian border.

Since coming back to Canada, she’s been constantly thinking about how she can help Ukrainians that are in need.

She got the idea to host an art show, and then looked for partners who could help “I wanted to reach out to the organizations because they are obviously having more people,” she said.

Since Sopelnyk is a Humber College student, she wanted to host something on campus.

The list of artists and their works has not been finalized yet, but she is proud of the works she is planning to showcase.

Sopelnyk doesn’t plan to show any violent war imagery, but rather art that “shows what’s happening there, how Ukrainians are expressing their feeling about it in arts and photography.”

All the money from the art show will be donated to the local fundraising companies that send humanitarian and medical supplies to Ukraine.

It will also accept cash or electronic donations.

A first-year student at Bussiness Accounting, Angelo Dela Cruz thinks that such events are great, especially because “the money goes toward donations,” he said.

“It’s a way to stay positive at such a hard time, like right now for Ukraine”, said Jumana Al-Gharbawi, a first-year student at the biotechnology program.

Humber College has also set up a donation website to support Ukrainian students that are currently enrolled in college. The donations from that would be processed to special bursaries to help Ukrainians to pay off their semesters or with essential spending in Canada.

Sopelnyk’s art show will take place at the Lakeshore campus, L Commons, between March 28 and April 1 from 8 a.m. and 8 p.m.