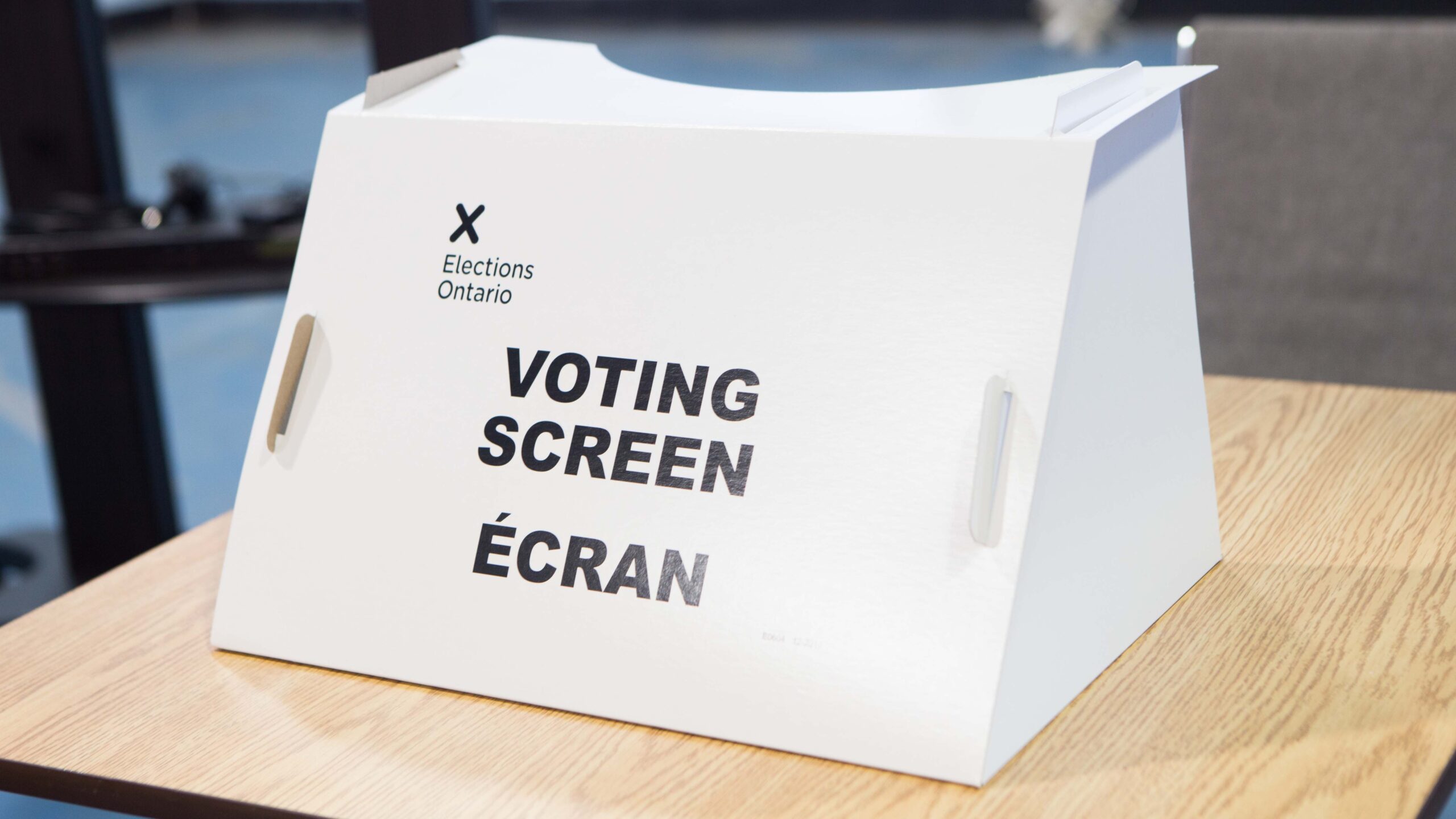 Furqan Mohamed voted in her first election since becoming of age in the 2021 federal election.

The 20-year-old U of T student and online magazine editor said she went with her father, and with the help of volunteers, went through the process of casting a ballot while maintaining social distancing and wearing masks.

While the COVID-19 pandemic pushed her to vote, Mohamed said she and many of her peers think direct action is a more effective way to participate in democracy.

Samantha Reusch, the executive director of the youth political engagement foundation Apathy is Boring, said these feelings are not unique to the current generation.

“Young people care deeply about issues, but they tend to mobilize on impacting on those issues in different ways,” she said.

Reusch said the barriers to voting that young people face stem from institutions that don’t engage, and exclude them from the broader decision-making process.

She said as people under 25 brains are still developing, their brain chemistry makes them cognitively more innovative and creative.

“Which is an amazing superpower if you’re thinking about looking at really interesting interventions and solutions to these big, seemingly unsolvable problems,” she said.

She said while politicians often use social media or other tools to target youth voters, there is a greater need to engage them in deeper discourse on these platforms.

“It’s not just about getting young people to vote, it’s (about) creating a healthy democracy that facilitates that input,” she said.

Cynthia Rangoni said during the pandemic, she has seen many of her peers become more vocal on issues.

“Political involvement has been stronger, probably because we’ve had a lot more time on our hands,” the 23-year-old dental hygienist said.

This has come in the form of spreading awareness on social media and mobilizing support including fundraisers, she said.

Rangoni said that has also put pressure on others afraid of making the wrong choice.

“It’s kind of a scary, daunting task to have to vote for the leader of your country or whatever it may be,” she said.

Reusch said she thinks the pandemic has given leaders the opportunity to engage with young people as people watch the pandemic response. She said that despite historically low voter turnout, youth have always been passionate about issues.

“Most of the large social movements of the 20th Century were led by young people,” she said.

Reusch said the goal of Apathy is Boring is not simply to get young people out to vote, but to work to connect the forms of direct action young people take part in with formal political institutions to drive long-term change.

Voter turnout is still important, she said, as that is what forms candidates’ platforms and their mandate once elected.

Mohamed said she thinks the upcoming Ontario election will see increased youth voter turnout as they have been hardest hit by the pandemic.

She said young voters want leaders with self-awareness, empathy, and the ability to “read the room.”

But more than social media posts, young people want someone who’s going to get to work on fixing the issues.