Toronto-based charity is helping homeless survive the cold this winter 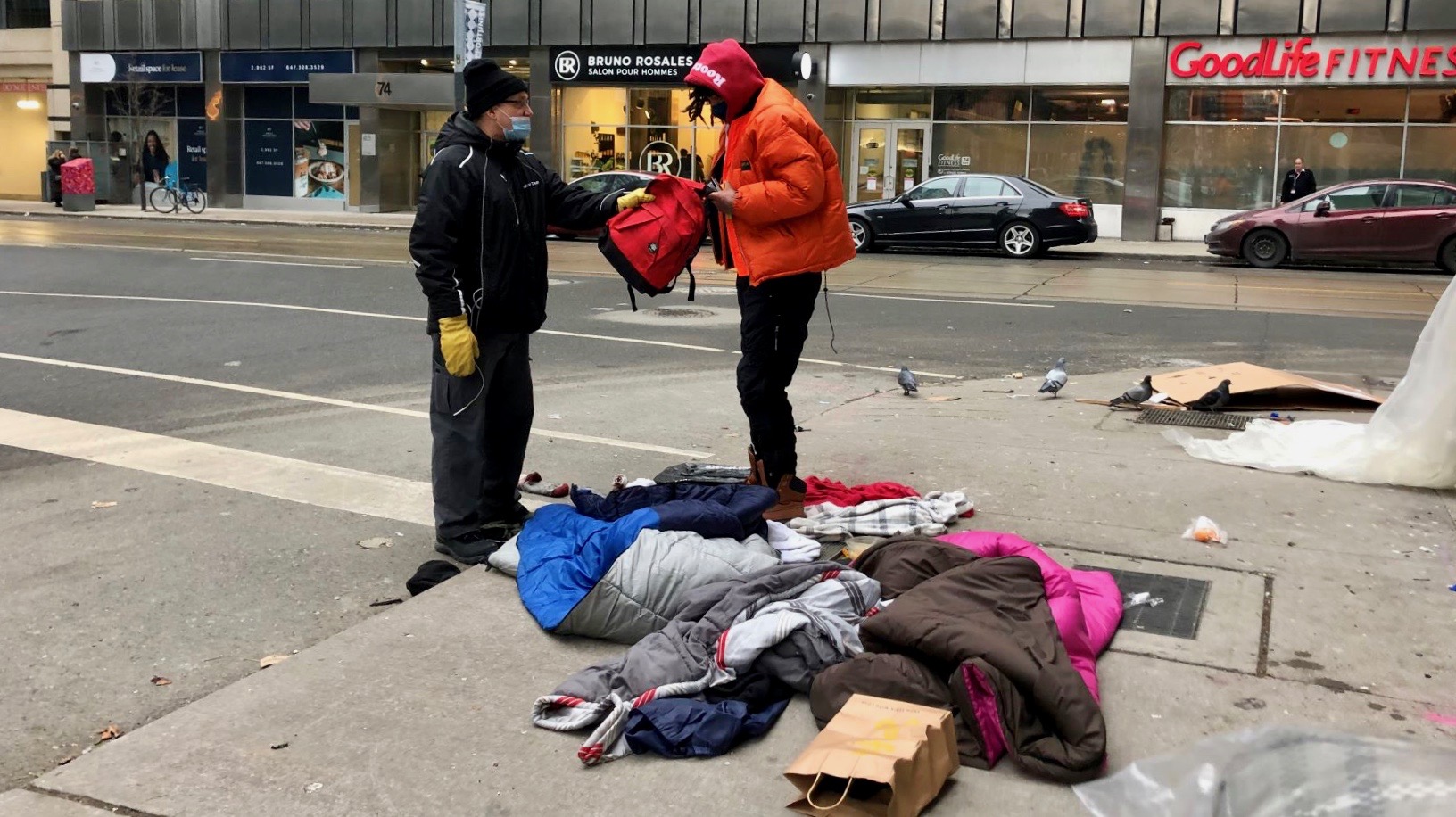 A Canadian-based charity is supplying the homeless with survival kits to stay warm and safe this icy winter season.

Engage and Change is a national charity with an annual initiative called Project Winter Survival.

The charity’s founder Jody Steinhauer said the project is composed of a team of donors and hard-working volunteers who reach out to the homeless.

“This team assembles and distributes thousands of winter survival kits to over 200 front line agencies to help Toronto’s homeless population,” she said. “This year, over 18,000 kits were requested.”

Steinhauer said each kit includes over 30 essential items such as a hat, gloves, a mask, spray sanitizer, and a sleeping bag.

“The kits are specific and strategic,” Steinhauer said. “We work with social workers to make sure everything in the kits is thought out and effective.”

“We partner with Project Winter Survival to take key essentials to the streets helping many survive the extreme cold all winter,” O’Connor said.

He said the COVID-19 pandemic has made the project even more challenging to organize.

“In the beginning, no shelter would take supplies or work with organizations for fear of exposure to COVID-19,” O’Connor said. “So, our work doubled.”

He said the ministry’s work increased to the point where they could no longer meet the demand for daily supplies.

“In fall and winter, the encampments grew and we started to go three or four times a week even filling requests among many who decided not to return to shelters for housing or food,” O’Connor said.

Steinhauer said organizing the project during the pandemic is extremely tough.

“It has never been so bad, but we have committed until there are no homeless people left on our street,” she said.

Steinhauer said homeless shelters are full of people infected with COVID-19, and many are opting to sleep outside.

“People are choosing between losing a limb and getting frostbite over staying in shelters and getting COVID,” she said.

Steinhauer said homeless people in Toronto should not have to make these difficult choices.

“It has been very scaled back and a lot of work for a few key people,” he said. “There are also many issues of getting supplies, packing the kits and distribution that have been negatively impacted by the restriction on gathering limits.”

Steinhauer said many people have developed a thirst for fundraising during the pandemic.

“I get so many calls from people that want to help,” she said. “We have now created the bridge for you to get involved.”