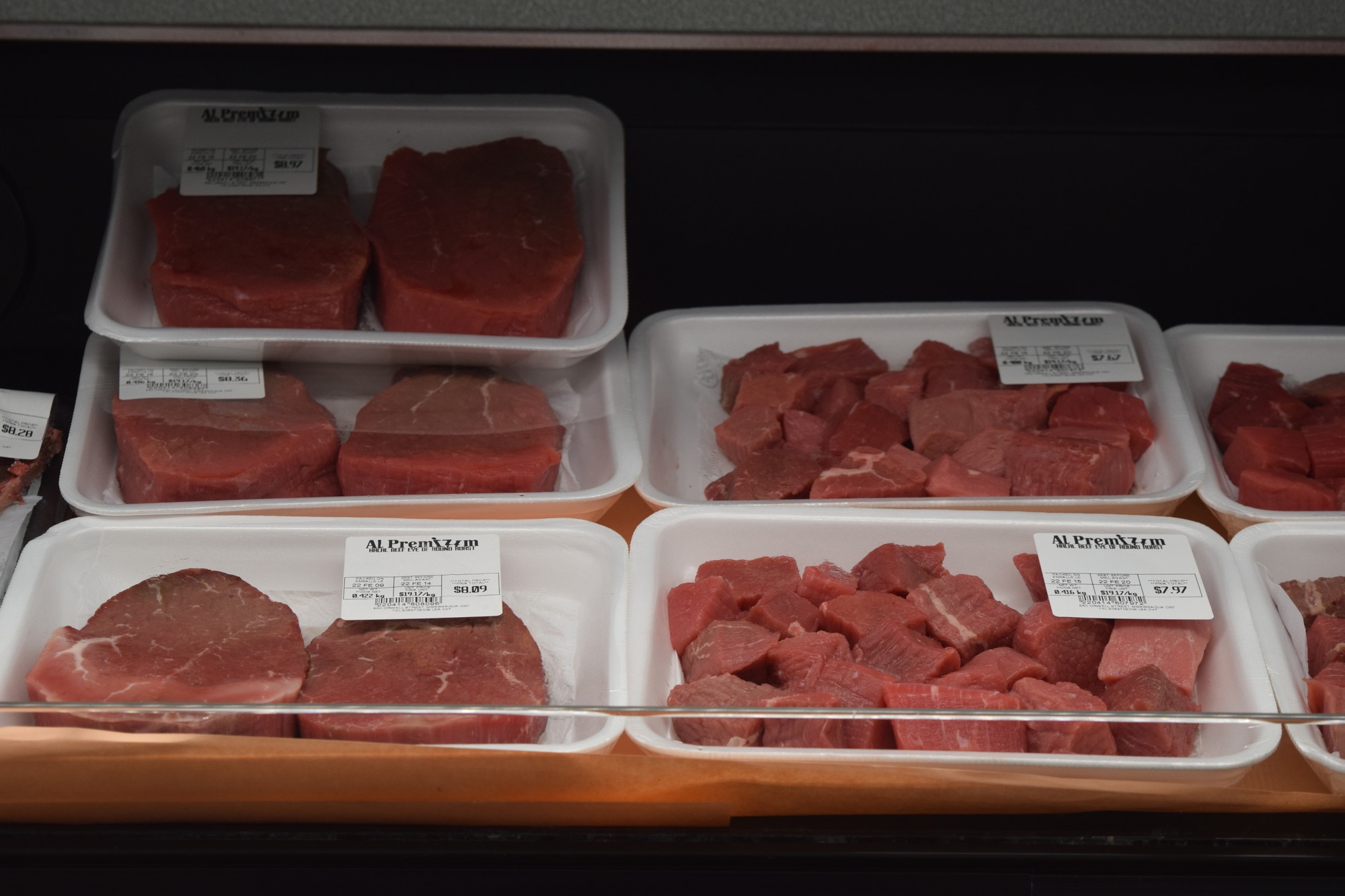 The Ryerson Professor is the author of the book “Living the 1.5 Degree Lifestyle: Why Individual Climate Action Matters More Than Ever.”

He admits that a recent drop in meat consumption and demand in Canada is likely due to lower household incomes and soaring meat prices, and not concerns over the environment.

“Sure it has an effect on reducing our carbon footprint, but households ultimately eat or don’t eat meat for a variety of reasons, whether that’s financial or dietary,” said Alter.

Riley Kelk, a Toronto resident, switched to a vegan lifestyle four years ago but finds it limiting in the fight against climate change.

“I feel like switching to this lifestyle can add some change,” they said. “But there are more impactful changes to make besides just not eating meat.”

Kelk also said a vegan lifestyle isn’t for everyone as it was challenging for them in the beginning.

“It was really tough,” they said. “Sometimes I wanted to quit but I was so convinced that I can actually do something good for climate change, that I had to stick with it.”

“I’m still committed to it now, but climate change became less of a reason.”

A report from Farm Credit Canada released in January regarding the consumption of meat said “as incomes fall or prices rise, we expect meat consumption to decline as households cut back on more expensive meals.”

Alter said that since meat prices have increased while households have been impacted financially by the COVID-19 pandemic, it’s going to impact the frequency of meat purchases.

“As consumers, if we see higher prices, then we’re going to steer away from it,” he said. “I don’t want to pay for pricier meat, just like anyone else.”

Nikhil Patel, a Toronto resident, decided to cut back on his consumption of meat because of the rising cost of meat.

“You really start to see the amount of money meat costs over a monthly basis,” he said. “I don’t buy meat all that often because it can get pretty expensive. I’m constantly reworking my budget for food based on if I want meat or if I should skip out on it.”

Laura Vermander, a registered dietitian in Toronto, said that switching to a meat-free lifestyle won’t be a difference-maker in beating climate change.

“Honestly, everyone’s bodies are different,” she said. “Some people need meat in their bodies because, without it, they may have adverse reactions if they decide to go vegan.”

Vermander said that it’s not worth the risk based on the uncertainty of people’s bodies reacting to the lack of meat.

“Abstaining from meat can cause major health issues. Sometimes your body would want to go back to its primal way of eating,” she said. “It’s absolutely best to listen to your body when something feels wrong.”

Vermander said that individuals can still consume less meat by conducting Meatless Mondays for those that don’t want to drastically change their lifestyle.

“It’s about starting out slow and doing what’s comfortable for you,” she said. “There are still ways to do your part against climate change without doing anything your body won’t be comfortable with.”