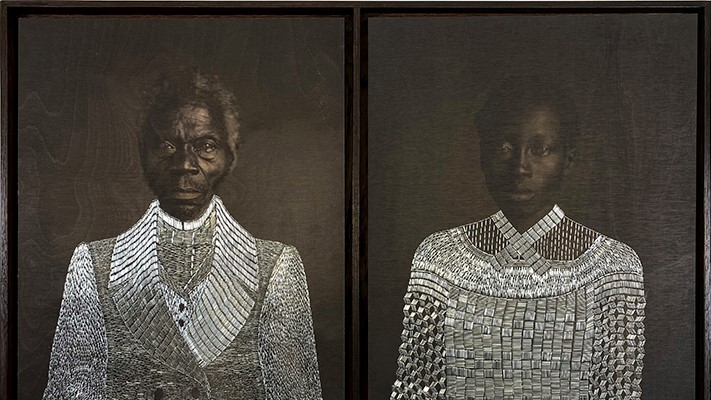 Swiss-Haitian artist Sasha Huber kicked off her debut show in North America with the YOU NAME IT exhibition at The Power Plant in Toronto.

The show displays visual art created as part of the “Demounting Louis Agassiz” campaign. Agassiz, a renowned glaciologist and naturalist, used the theory of polygenism, a discredited hypothesis that human races have different origins, to fuel racial hate in America, she said.

He was an advocate for racial segregation and ethnic cleansing.

Huber said more than 80 landmarks on Earth, the Moon, and on Mars, as well as seven animal species, have been named after Agassiz.

This is an example of how a person’s entire legacy isn’t included in history books, she said.

Huber said the campaign and exhibition shed light and acknowledged the parts of Agassiz’s life that history omitted and overlooked.

The Demounting Louis Agassiz campaign is working towards renaming places that were named after him.

Among the sites named in tribute to Agassiz, more than a dozen are in Canada, ranging from Yukon to Quebec.

Huber’s exhibition acknowledges this with the “Mother Throat” montage.

The video displays visuals of Lac Agassiz, a lake about 350 kilometres northwest of Montreal.

The exhibition’s curator, Noor Alé, said Huber collaborated with Silla, an Inuit throat-singing duo from Ottawa, featuring Charlotte Qamaniq and Cynthia Pitsiulak, to cleanse Lac Agassiz through their singing that sought to reclaim and symbolically “un-name” the site.

Alé said a forthcoming reparative intervention is planned on the Agassiz Ice Cap in Ellesmere Island with Qamaniq, Pitsiulak, and Huber collaborating. 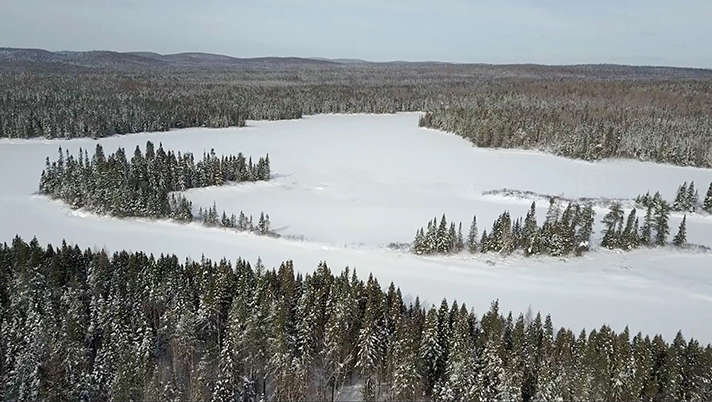 Lac Agassiz, situated 350 kilometres northwest of Montreal, is one of the 17 sites in Canada named after Louis Agassiz, a Swiss-born American, who espoused racist theories.

Huber said she was first made aware of Agassiz’s racist history after being invited by the campaign’s president, Hans Fässler, to join the project.

Huber said her initial role in the project was to suggest renaming the Agassizhorn in the Swiss Alps to Rentyhorn, in honour of the Congolese-born slave Renty, and others who were photographed.

Huber said she wanted to solidify the Rentyhorn project by representing the idea in a physical sense.

This led to planning of an intervention to go to the mountain and photograph a metal plaque bearing graphic representation of Renty, she said.

The Rentyhorn project inspired her to continue research into Louis Agassiz.

The exhibition is a display of more than a decade of Huber’s work. 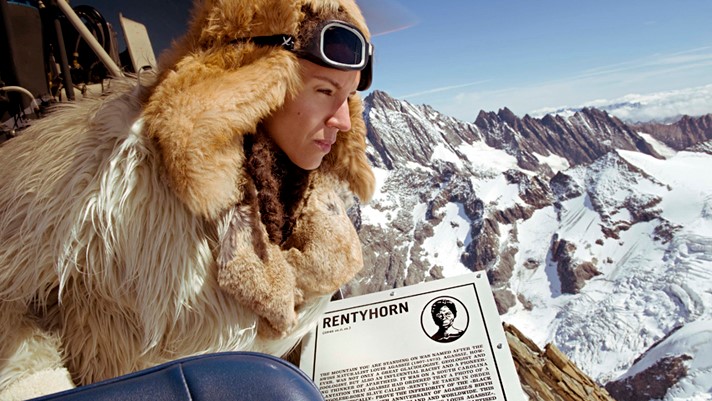 Sasha Huber carries a metal plaque bearing a graphic representation of the slave Renty to the top of an Alpine peak, the Agassizhorn.

Huber said the YOU NAME IT tour started at the Kunstinstituut Melly in Rotterdam before making its way to Toronto.

Alé said Huber was invited to present her art since her work displays an intersection between contemporary art and activism, which aligns with The Power Plant’s humanitarian ethos.

She said the exhibition addresses the persistent legacies of colonialism, imperialism, and racism.

Morris Fox, a gallery attendant at The Power Plant, said a full house with almost 200 people attended the opening night of the show on Feb. 4.

Beverly Cheng, the gallery’s head of communications and marketing, said participation was limited as the gallery functioned at 50 per cent capacity to abide by the COVID-19 protocols.

She said the exhibition runs until May 1.

Huber said the show will then continue to Autograph in London, and later Turku Art Museum in Finland.

She said the purpose of the campaign isn’t solely based on renaming geographical sites, but it is about honouring those who were affected by Agassiz’s history and scientific beliefs.

Huber said working on the exhibition made her realize people often think history is final, but it is an ever-renegotiable area to work in.